The artist spent his childhood in Russia, where his father worked as a Professor at the University of Saint Petersburg and as a newspaper editor at that time.

He was a painter of figures, genre scenes, portraits and interiors. He was also an illustrator.

He attended high school in Gotha, Germany. In 1879 studied at Munich Academy of Fine Arts, with master teachers and artists Strahuber, Raab and Lindenschmidt until 1887.

After graduation Meyer-Waldeck started working as a freelance painter. He exhibited extensively at the important German venues and in 1894, he was awarded a medal by the Munich Salon.

Meyer-Waldeck traveled during his working lifetime to Russia, Italy and Portugal where he created some of his first paintings.

From 1908 until 1910 lived in Dallas, Texas, where he was an Art school director.  Later he was appointed a Professor in Germany.

He died in 1953 in Castel Neuburg an der Inn, Germany. Today, his work can be found in private and public collections, including in the Berlin Museum and the Breme Museum. 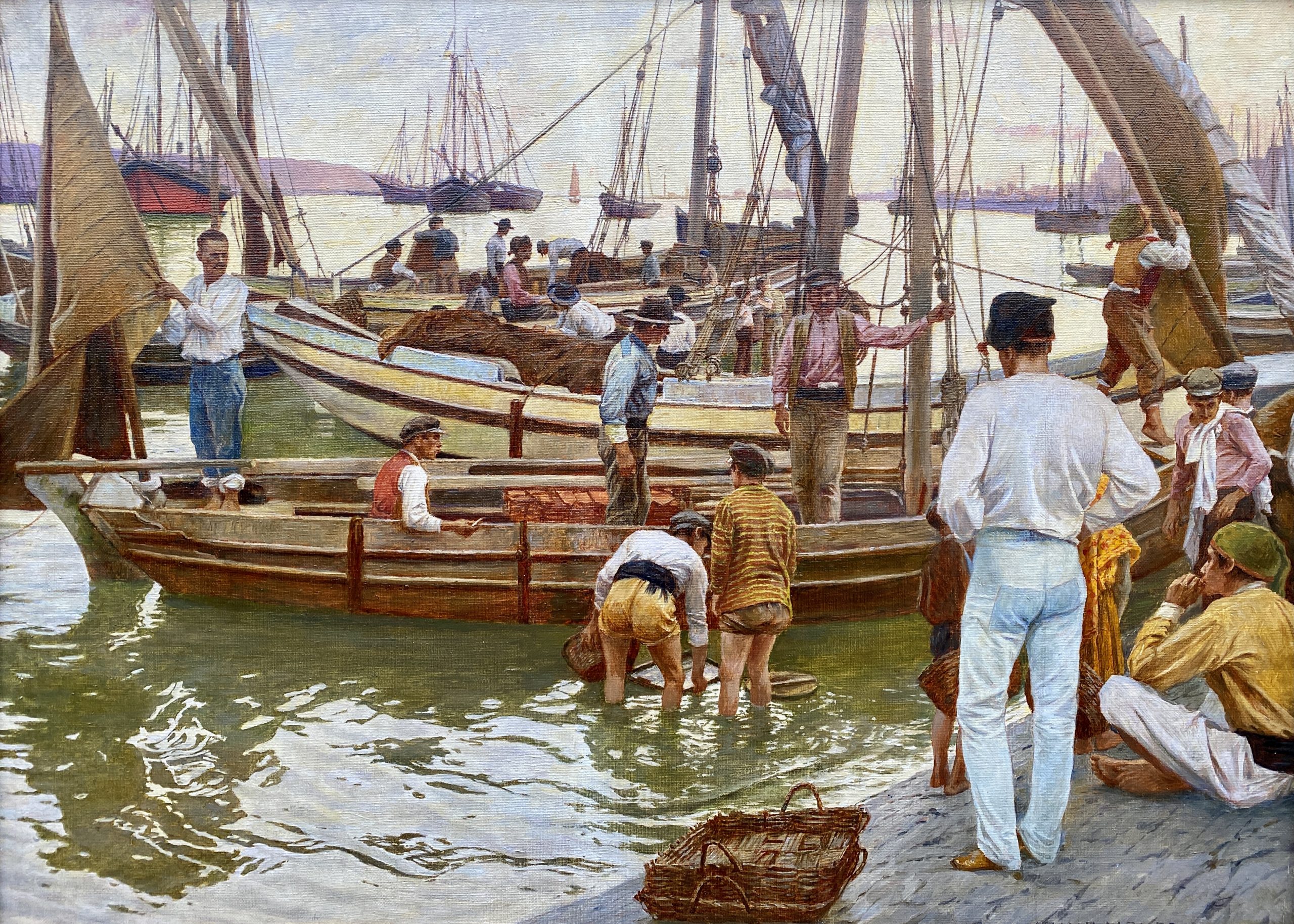