He was a French Impressionist painter of mostly landscapes and cityscapes. He studied with master teachers Léon Bonnat and d’Auguste Glaize. He was a Parisian that came to Belgium in the thirties, in particular to Bruges to paint. He was a friend with Julien Schaeverbeke, a Bruges painter. In 1937, he exhibits “A View of Bruges” in Paris with the “Salons des Artistes Français”.

For his merits, he received the award of King Léopold of Belgium. He was awarded the Croix de la légion d’honneur by the French government. The bust of Léon Cassel can be found in the Paris cemetery ‘Père-Lachaise’.

He died in Paris in 1937. Today, his work can be found in private and public collections, including in Museums in Bruges and Lille. 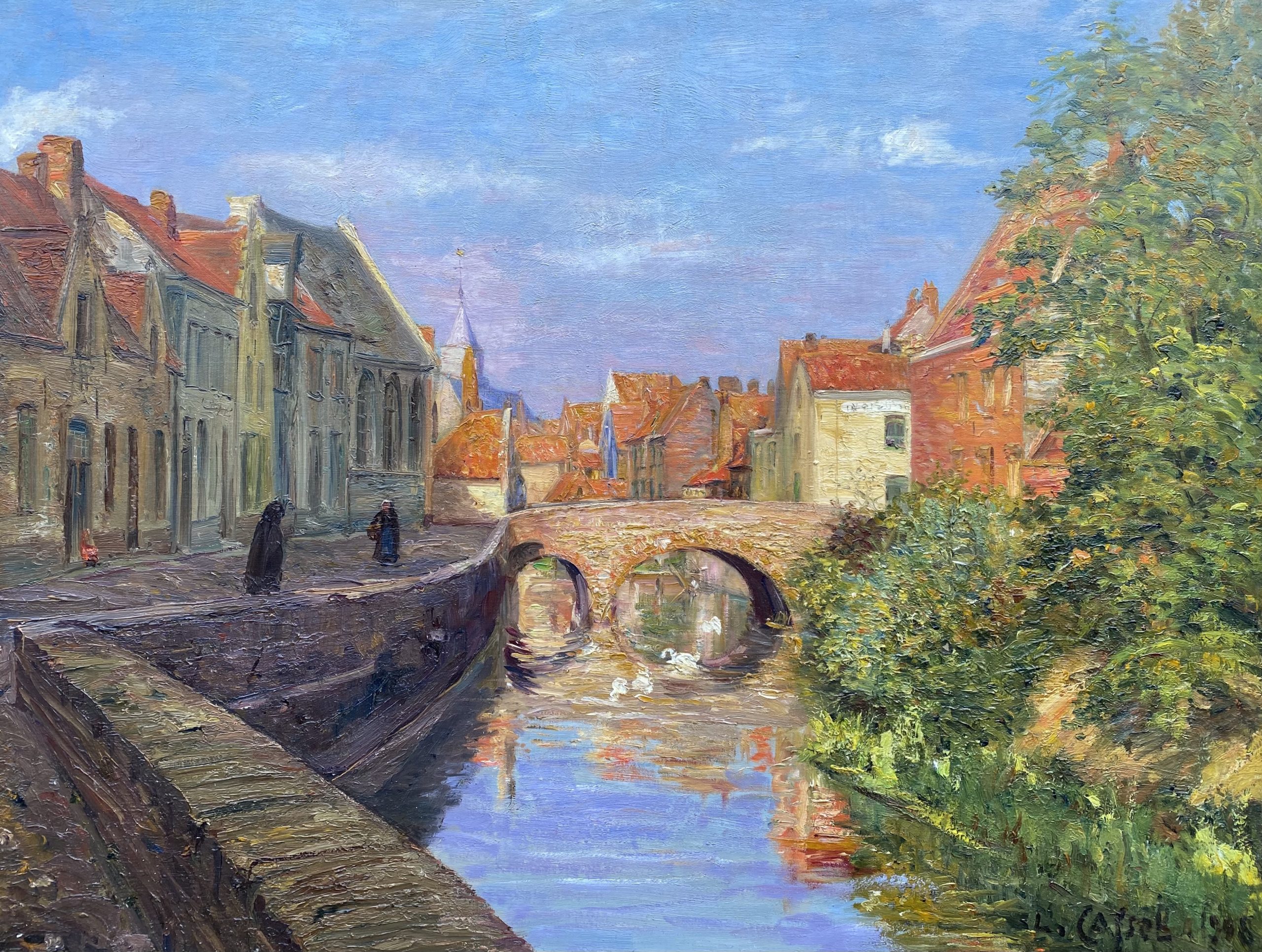