Landscape with a Hunter and His Dog

Landscape with a Hunter and His Dog

Lamorinière studied at the Antwerp Academy of Fine Arts, but after a few weeks he continue his schooling in the studio of painter Emmanuel Noterman. He also studied under the prominent marine painter Jacob Jacobs known for his scenes of southern ports and landscapes.

Lamorinière started to practice outdoor painting in the immediate vicinity of Antwerp. He found enormous inspiration in landscapes in his home country. In 1848 he exhibited with his first painting “Sunset” (now in the Walker Art Gallery, Liverpool).

It is not clear when or how long he stayed in Barbizon and worked with Théodore Rousseau and Jean-François Millet. The painting “Effect of the morning on a forest in Barbizon” is dated 1854.

In 1860 he was granted the Order of Leopold, a Belgian national honorary order of knighthood.

In 1865 he visited England and painted several landscapes of the forest of Burnham near London.The artist traveled to find new inspiration to Ardennes, Along the Meuse, in Germany and on an island of Netherlands.

Lamorinière’s works exhibited in Vienna, Prague, Paris, Rotterdam and Amsterdam and painted in these locations when he visited there.

In 1898 Lamorinière loses his eye. it was a dramatic loos for the painter and the end of his painting career. He died in Antwerp on 3 January 1911.

Today, his works can be found in important private and public collections worldwide, including Royal Museum of Fine Arts Antwerp. 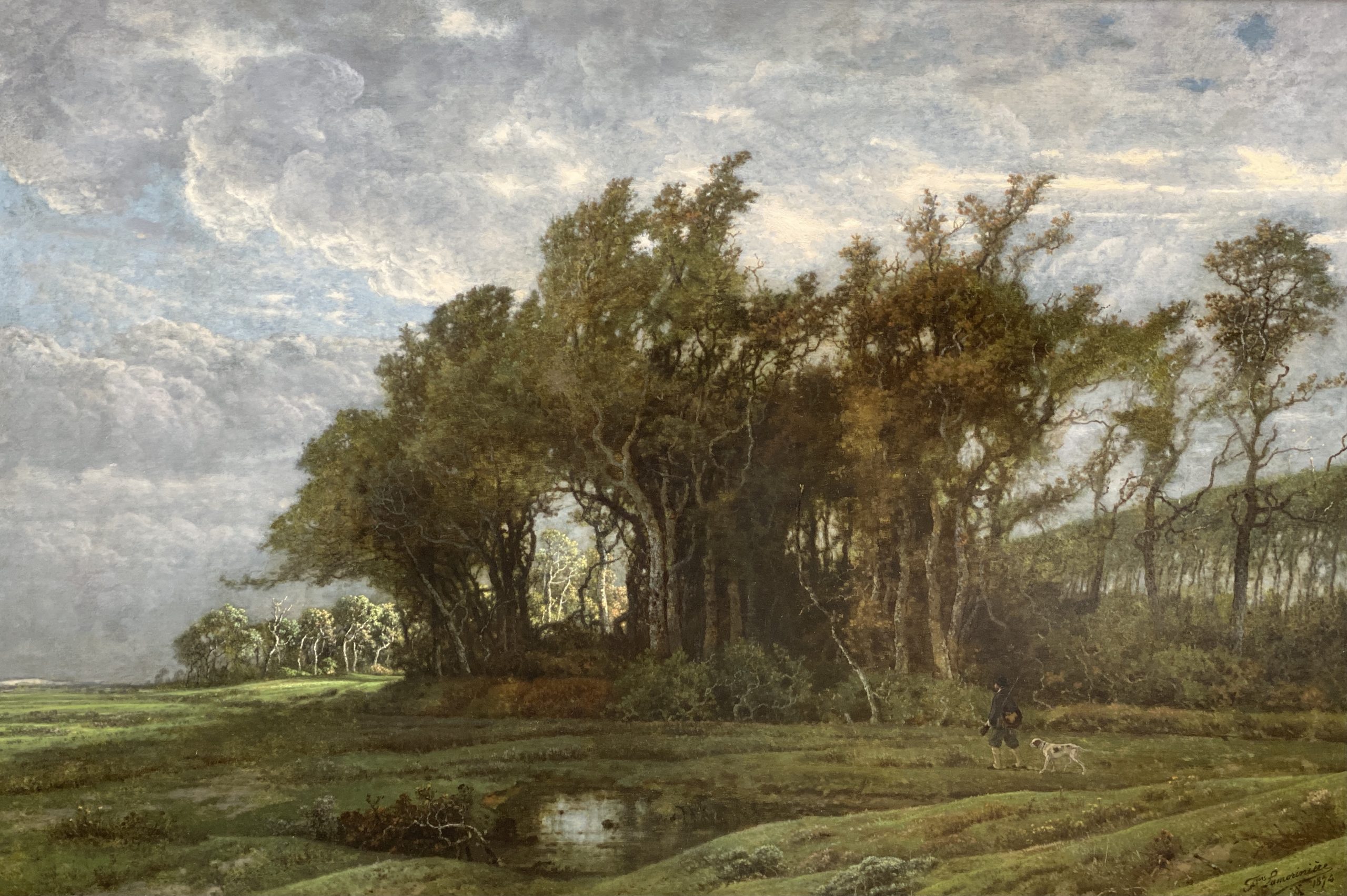