Crespin Adolphe Louis Charles was born on 17 May 1859 in Brussels. Realistic painter with luminist impact of interior of churches and old streets, cityscapes, landscapes, figures and still-lifes. He was also aquarellist, fresco and engraver. He was interested in Japanese art. Crespin studied with E. Blanc-Garin in Brussels, and L. Bonnat in Paris. He was decorator and designer of theater sets and costumes and pioneer in poster-designs. He also executed wall-paintings, and cartoons for carpets. He studied at Academy of Brussels from 1877-1881. Begins through friendship with the architect Paul Hankar to create decorations for facades and for the ethnographic room of the colonial exhibition in 1897, Turin and numerous civil, religious, public and private edifices. He becomes a Professor at the Brussels Academy from 1900 to 1924. He was rewarded with a Diploma of Honour in Brussels in 1897 and Turin in 1902.

He died in 1944 in his hometown. Today, his paintings can be found in private and public collections, including in Museum in Brussels, (Charlier), Saint Josse, Gent. 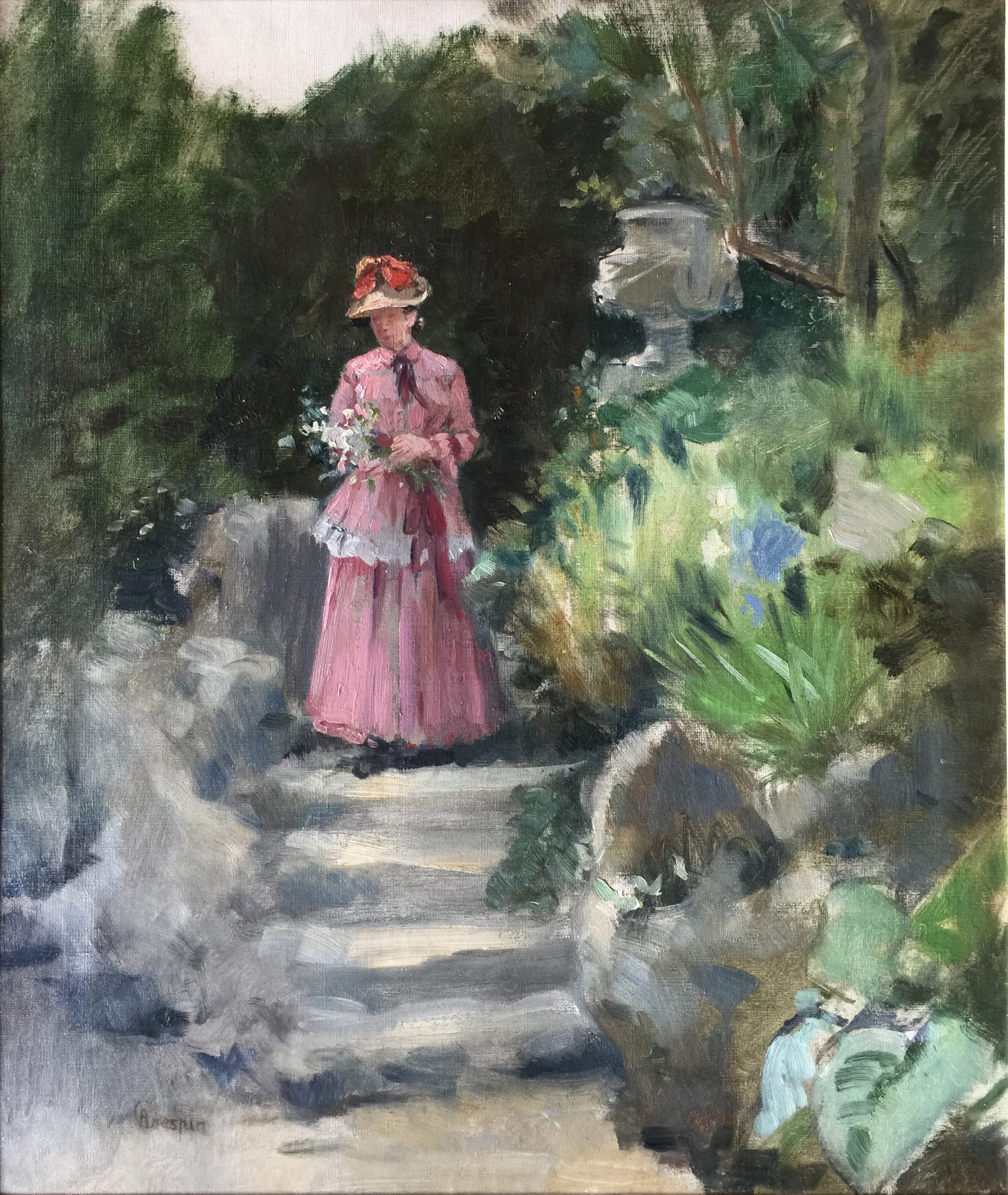