Villa Discopoli is one of the most exquisite examples of twentieth century architecture on the island in Italy.

The first owner of the Villa was a close friend of Axel Munthe, Swedish-born medical doctor and psychiatrist. She sold the property in 1970 and the main part of the Villa into several self contained apartments, Gardenia, Hydrangea, Agapanthu, Oleander of exquisite charm and beauty: .

During Capri’s Romantic period it was host to several intellectuals:

Rainer Maria Rilke ( Prague, Czechia 1875 – Montreux, Switzerland 1926) , a Bohemian-Austrian German-language poet and novelist, was one of its prestigious inhabitants.

Karl Wilhelm Diefenbach also lived in the Villa. He was a German painter born in Hadamar, Germany in 1851 and is famously remembered for writing on its walls “hereby lives the body of a dead man”. Diefenbach died in Capri in 1913. His paintings are still on show in Capri’s Certosa. 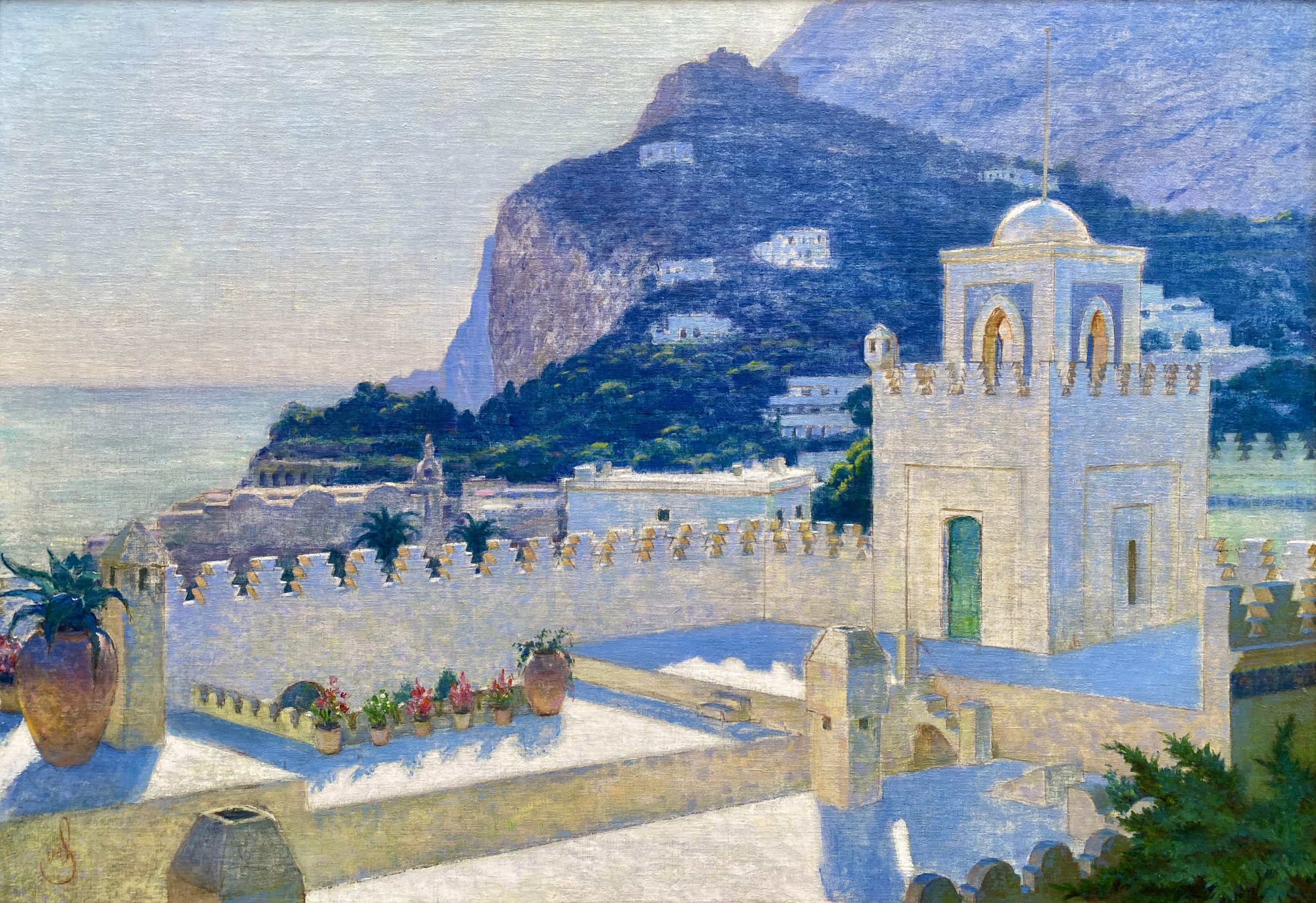