A Landscape with Riders in the Foreground

A Landscape with Riders in the Foreground

Van Falens Carel was baptized in Antwerp on 24 November 1683, he was a son of a captain of the local civil militia.

In 1696 -1697 he studied in the Antwerp Guild of St. Luke as a pupil of master teacher and artist Francken Constantijn (1661 -1717), who was a successful Flemish Baroque painter of battle scenes and portrait painter on court to the King of France.

Van Falens was a Flemish painter specialised in scenes of hunters and cavalry encampments. He was also draughtsman, art restorer, art dealer and copyist. He worked and lived most of his life in France. He was a painter to the court and a member of the Royal Academy.

Van Falens did not join the Antwerp guild but moved in 1703 to Paris and stayed there for the rest of his life. In Paris, he initially worked as an art restorer. Later he made a living by making copies of the work of Nicolaes van Berchem and Philips Wouwerman. He was allowed to live in the Louvre at the expense of the state.

During the Regency, the Duke d’Orléans commissioned van Falens to restore some of his paintings. In 1724 after the Duke’s death he was named Peintre ordinaire du Roi to king Louis XV and two years later he was accepted into the Royal Academy.

The painter left a number of works that were fully signed as C.van Falens or signed with his monogram CVF. Many of his compositions were harmonious, with a pictorial fine detailing, vivid and vibrant colours, and fine texture.

His works have a connection wit the Dutch battle and horse painter Wouwerman. It is believed that because of the similarity in style, best works of van Falens have been attributed to Wouwerman, while many similar scenes by less talented imitators may have been given to van Falens. 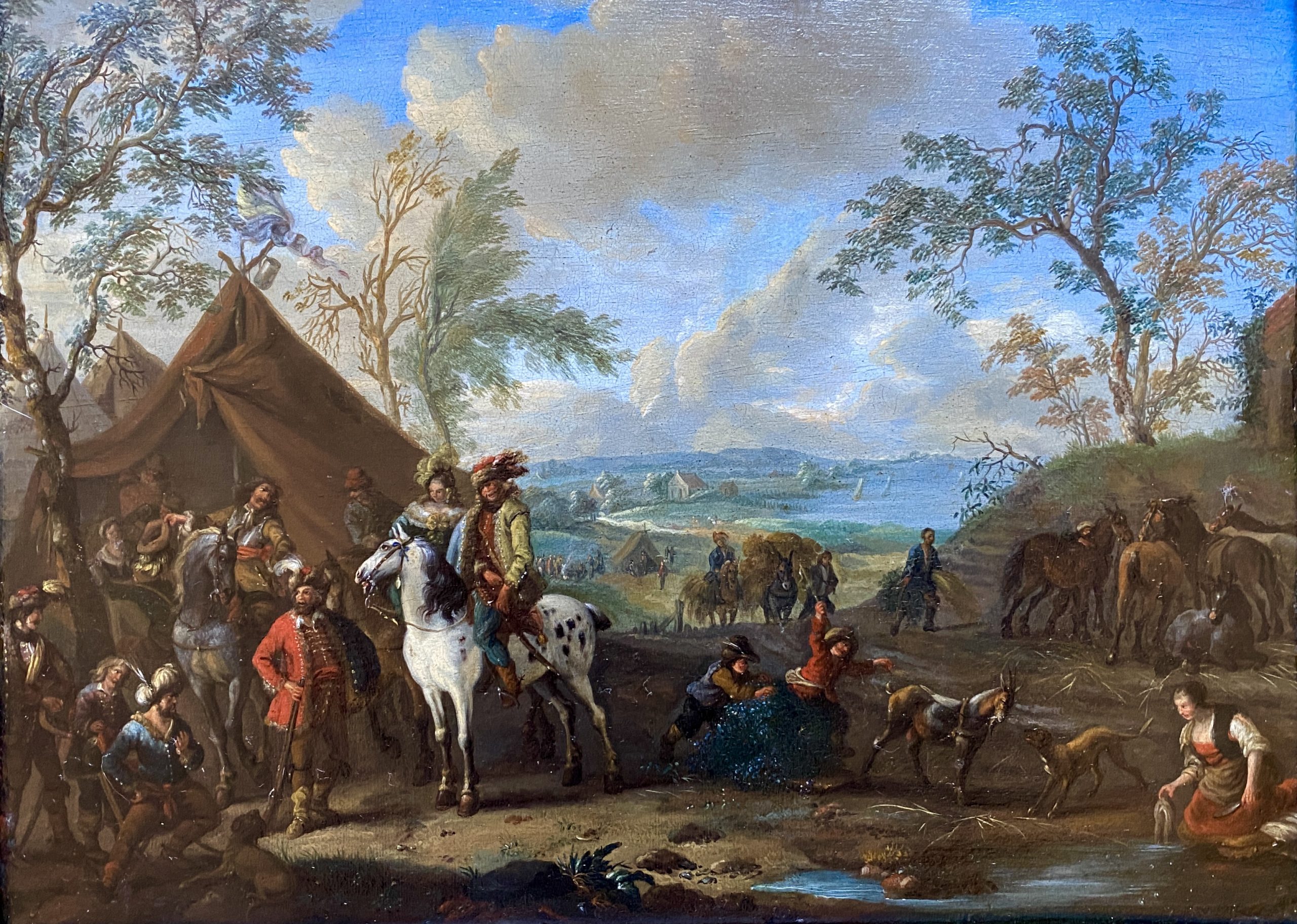