Deer in a Landscape

Deer in a Landscape

Schmidt Hans Werner was born on October 6, 1859, in Hamburg. He was a son of a craftsman. He was a German painter of history and genre scenes and portraits. He was also an illustrator and etcher.

In 1879, Schmidt studied at the Grand-Ducal Saxon Art School in Weimar with master teachers and artists Albert Heinrich Brendel and Theodor Hagen. Primarily, he created history paintings, frequently dealing with the history of Weimar and the life of Johann Wolfgang von Goethe. In 1885, he became a master student and in 1903 he was appointed professor.

He died on May 31, 1950, in Weimar. Today, his works can be found in private and public collections, including in the Friedrich Schiller University Jena in Thuringia, Germany and in the collection of William Ernest, Grand Duke of Saxe-Weimar-Eisenach. 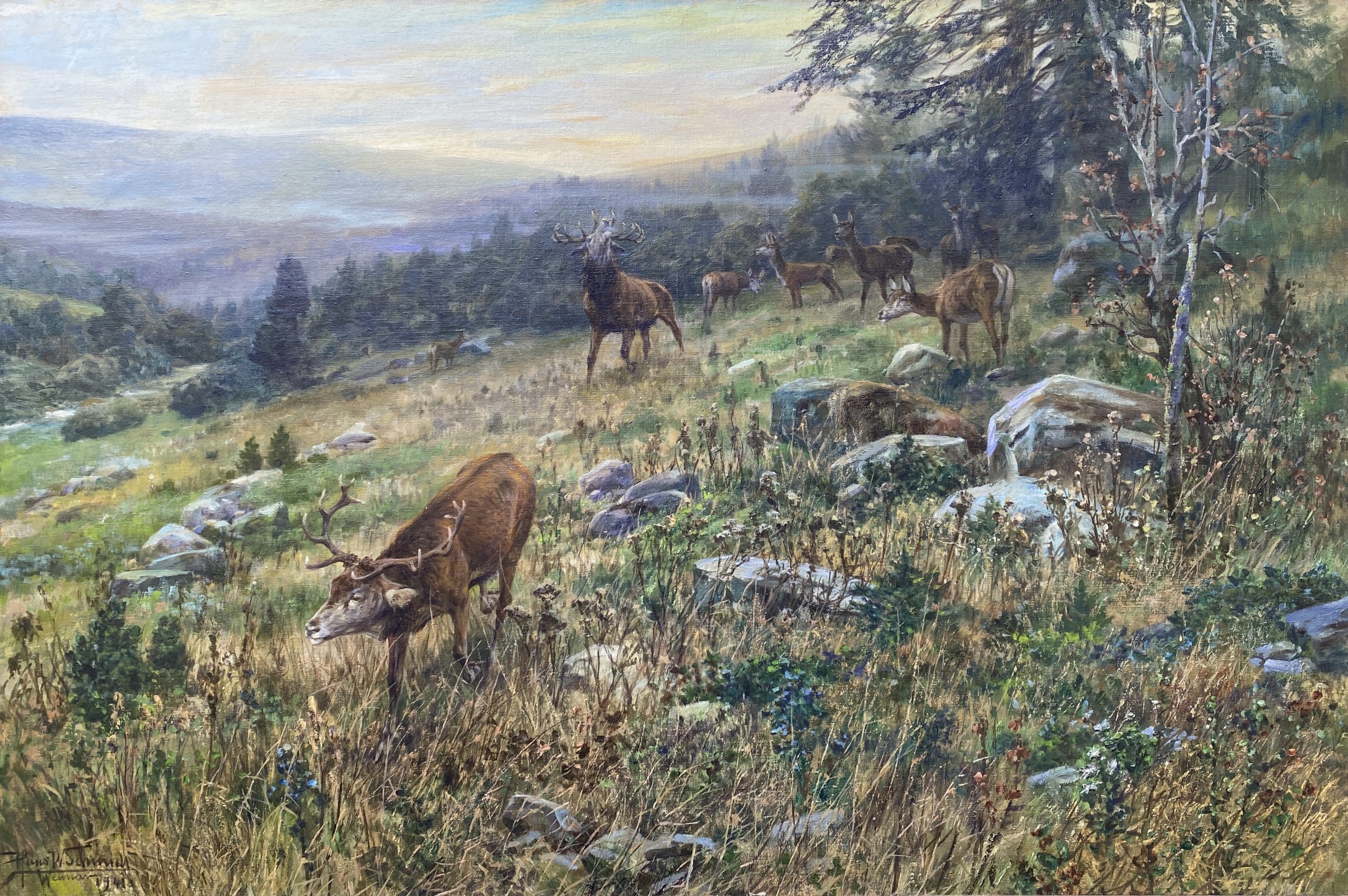