Schlichting Waldemar Albert Heinrich was born on April 24 in 1896 in Berlin. He was a German marine painter, the son of the master teacher and painter Heinrich Schlichting.

He studied at the Berlin Academy under master teachers Blank, Krause and Kahle and then at the Königsberg Art Academy. Since 1946 Waldemar was a member of the Berlin Berufsverband Bildender Künstler.

Schlichting was able to establish himself successfully as a marine painter. His work is characterised above all by his dynamically staged sea and ship views, realistic dunes and surf impressions. The compositions are balanced with atmospheric modelling of light and shadow.

He painted regularly from 1925 to 1935 in the artists’ Nida Art Colony on the Curonian Spit of the Baltic Sea coast. At times he also lived on Sylt, an island in Germany.

He died in 1970 in his hometown. Today, his works can be found in private and public collections, including in German museums in Cuxhaven and Schwerin. 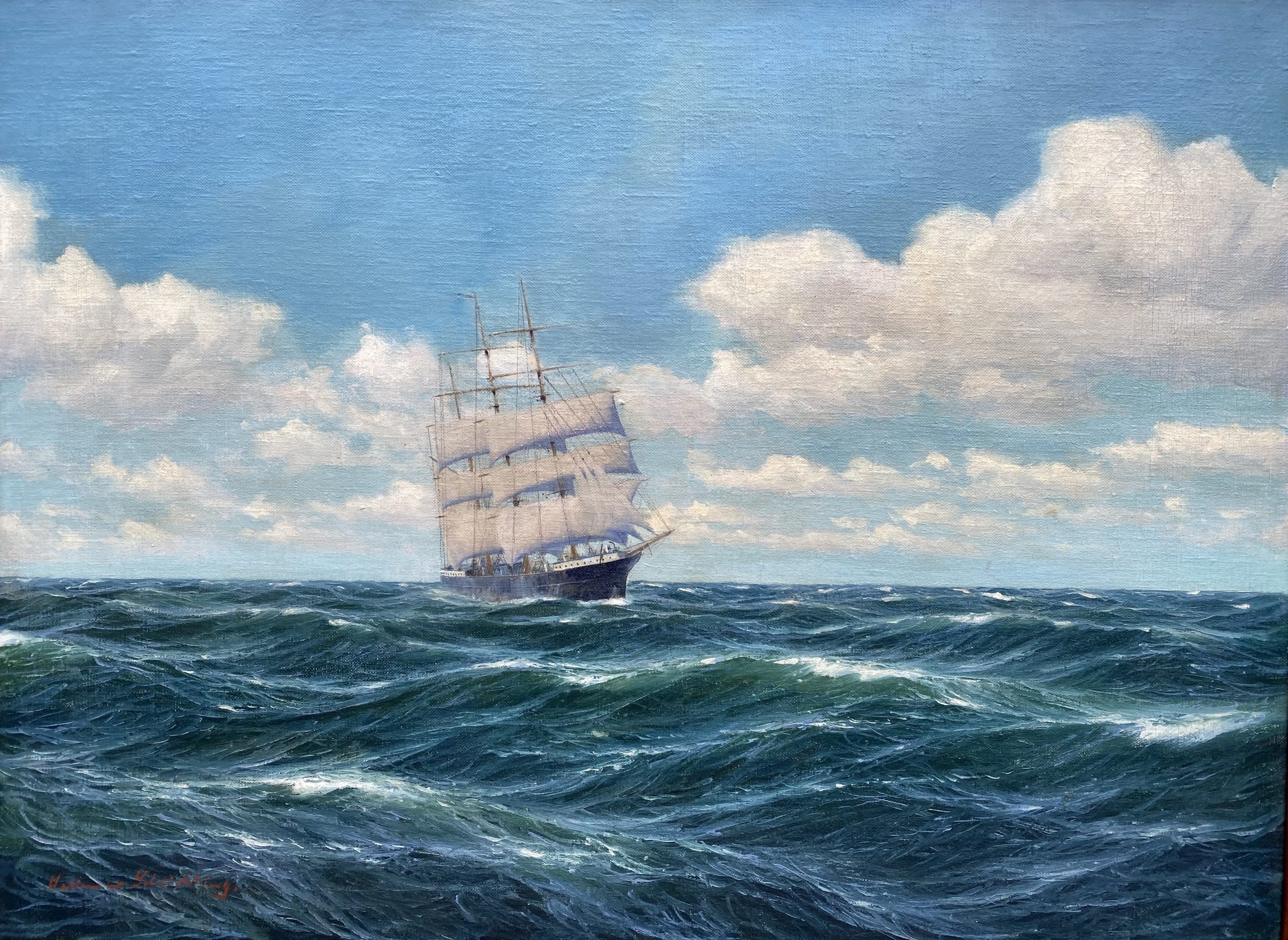