Richir Herman Jean Joseph was born in Ixelles (Brussels), on November 4, 1866. He was a Belgian painter of portraits, still lifes, genre paintings, nudes and landscapes. He made decorative paintings to fit into private homes.

Richir mainly painted portraits. His clients usually belonged to the higher circles. He portrayed amongst others King Albert and Queen Elisabeth, Cardinal Mercier and Countess d’Oultremont. Less known are the landscape paintings he made Limburg and Kempen, where he regularly stayed with befriended artist Emile Van Doren (1865 – 1949).

Herman Richir first studied at the Sint-Joost-ten-Node Academy with Gustave Biot and Charles Hermans, continued his education at the Royal Academy of Fine Arts in Brussels (1884-1889) with the master teacher and artist Jean-Francois Portaels (1818 – 1895). In 1886, during his studies, he won second Prize of Rome for Painting. 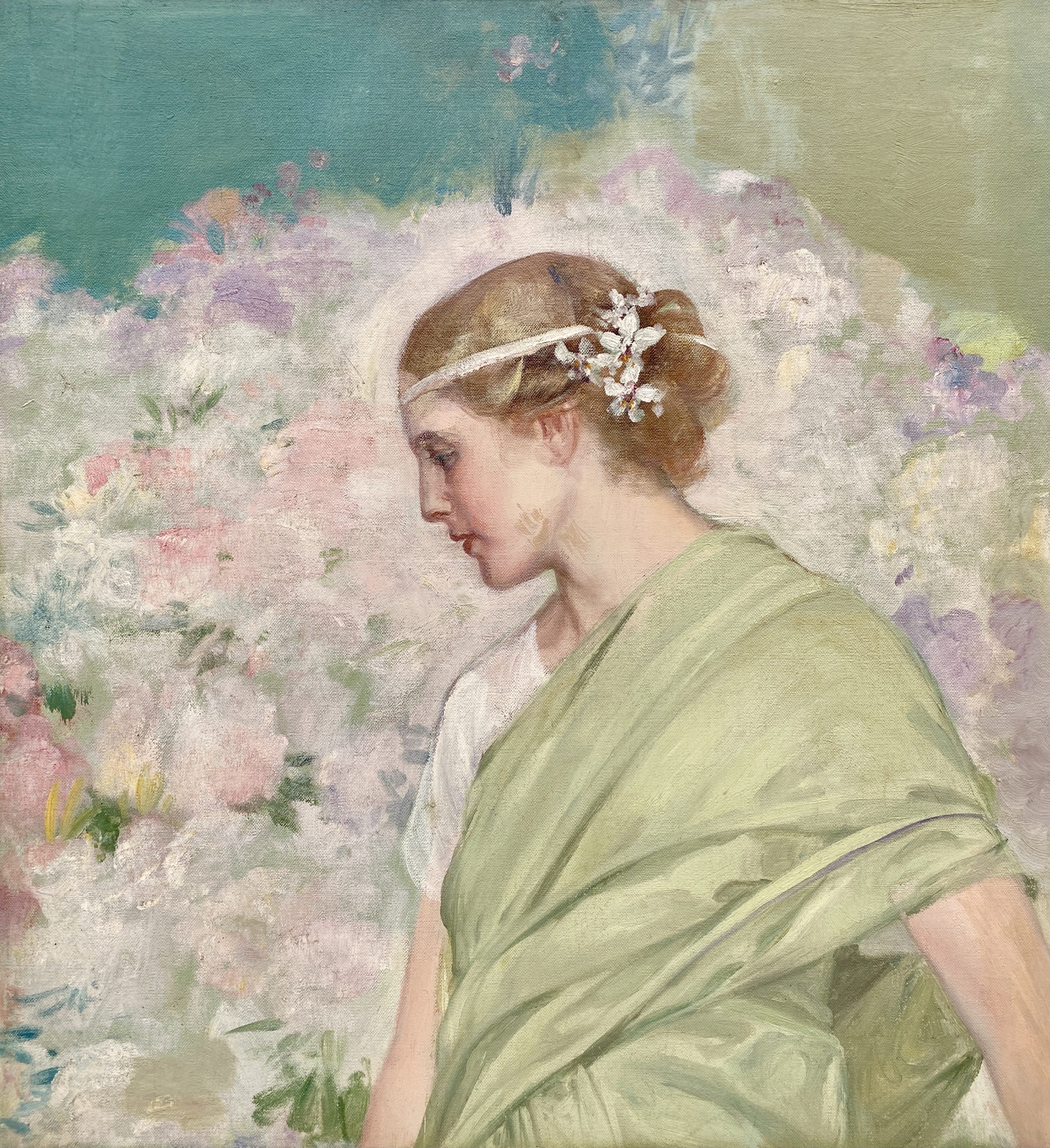