Funfair on a Rainy Day

Funfair on a Rainy Day

He was the son of Ernest Ferdinand Pire and the father of Ferdinand Pire-Ferdinand. He was a pupil of Delville and Bastien at the Académie des Beaux-Arts in Brussels, winning prizes in painting.

Pire travelled in France, Spain and Norway. He stayed in the Belgian Congo from 1951 to 1961. After several other trips (South Africa, Egypt, Nubian desert), he returned to Belgium for good in 1965.

He started to exhibit in 1936, appearing in 1937 at the Salon des Artistes Indépendant de Paris. He exhibited in 1937 at Moulu in Brussels, in 1947 in Stockholm, in 1958 at the Mont des Arts Gallery in Brussels.

In addition to paintings inspired by his knowledge of the Congo and Africa, and some still lifes, he painted portraits of personalities of his time, notably that of Princess Clementine, daughter of King Leopold II, and that of the Governor of the National Bank.

He died in 1981 in Opheylissem. Today, his paintings can be found in private and public collections, including in museums in Brussels, Belgian State Tervuren, Musée Royal de l’Afrique centrale.

This small fair is located on Place Lehon in Brussels (Schaerbeek) where the painter had his studio at n°4. 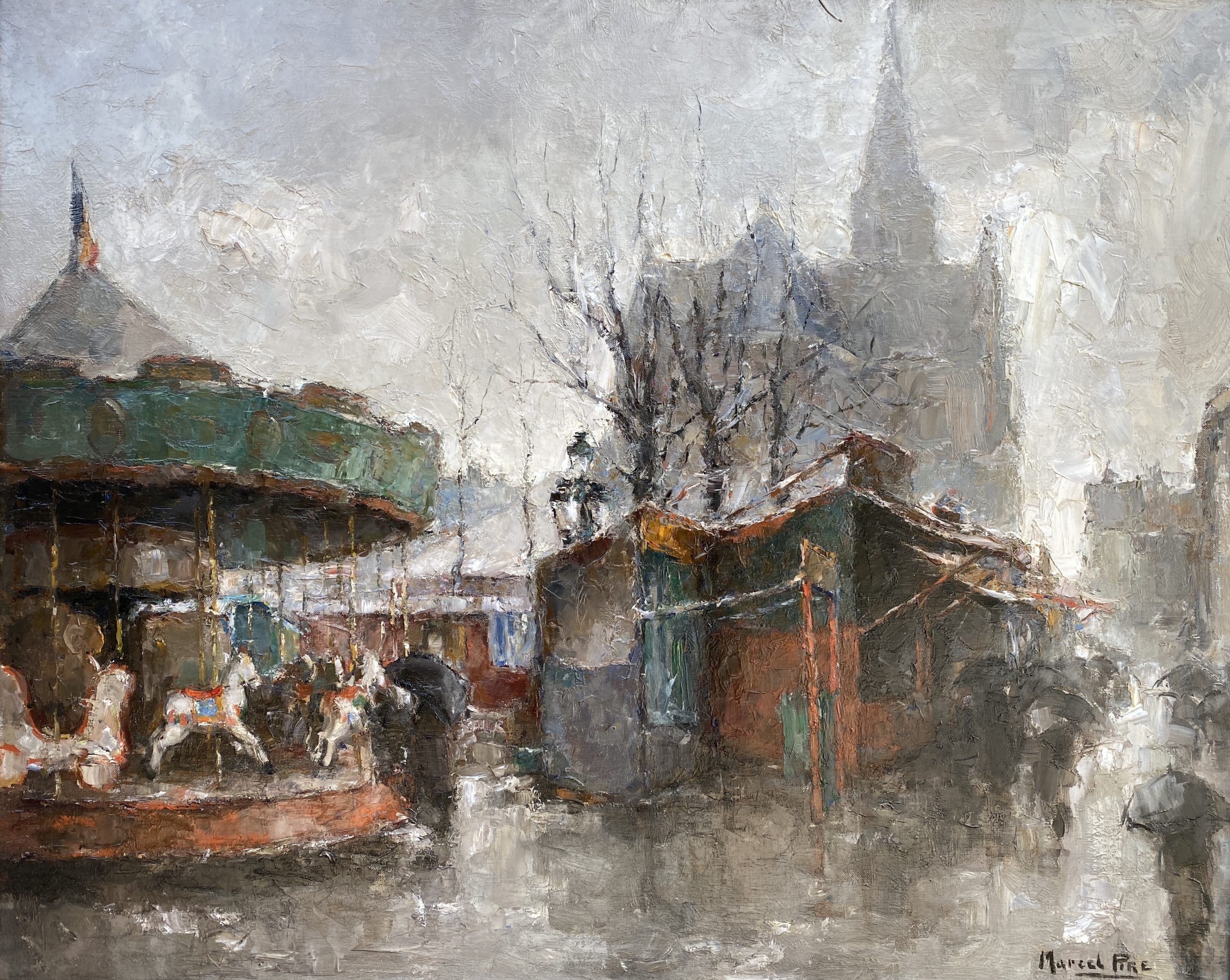