Hare in the Snowy Landscape

Hare in the Snowy Landscape

Lorenz Wilhelm (Willi) was born in Cologne, Germany in 1901.

Lorenz studied at the Düsseldorf Academy of Art before moving to Cologne to establish his career.

He was a German impressionist animal painter who specialised in paintings of animals typically hunted as game. His highly detailed oil paintings evoke the texture and movement of boars, foxes, bison, and moose set in their natural habitats. He was very good at rendering the textures of snow, grass and fur and could use a very wide colour palette, also painted in harmonized browns and golds. Wilhelm Lorenz signed Willi Lorenz.

The artist died in 1981 in Cologne, Germany.

Today, Lorenz’ works can be found in museums across Germany and private collections worldwide. 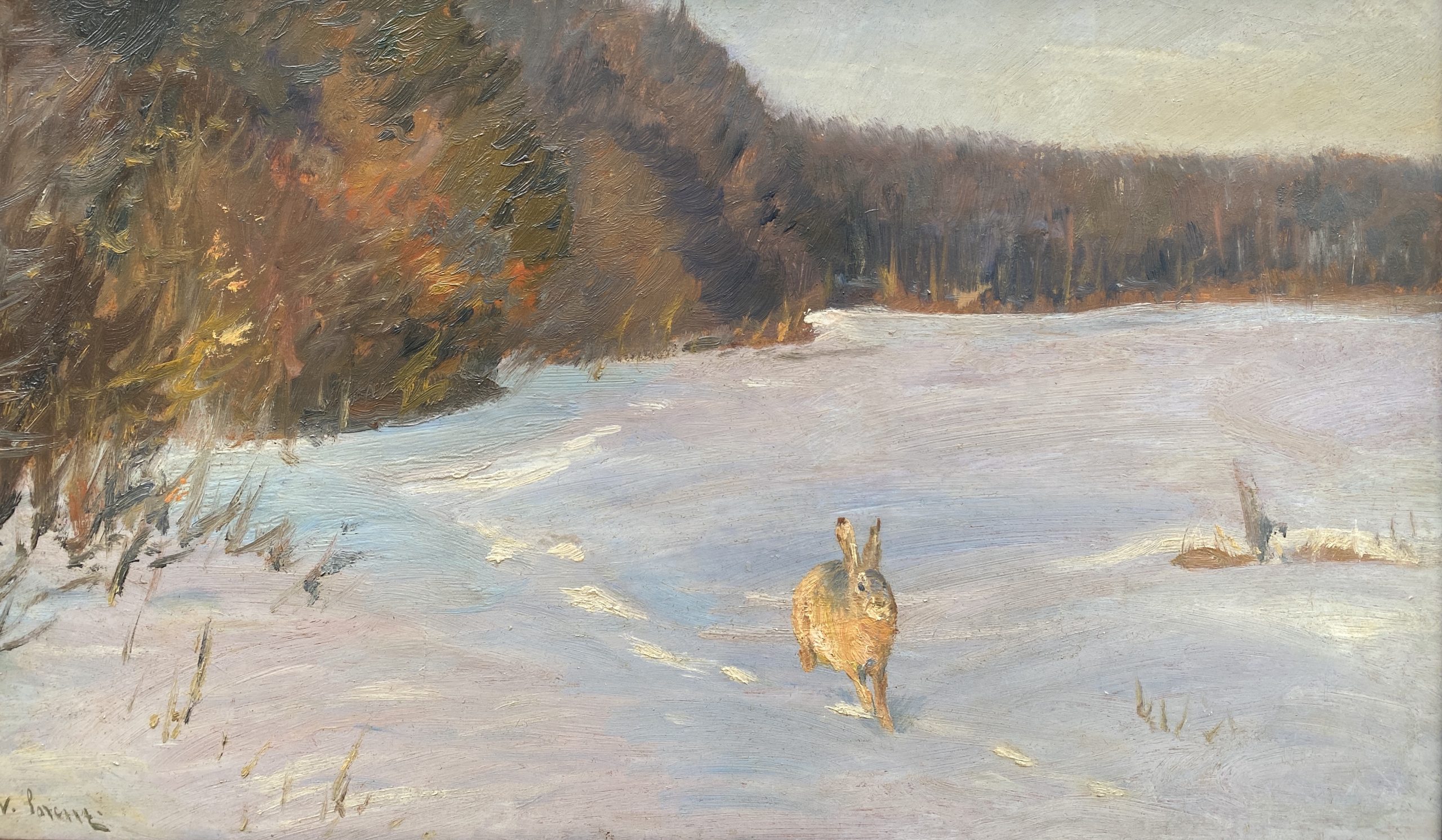