A Landscape with Two Roosters

A Landscape with Two Roosters

Hoess Eugen Ludwig was born in 1866 in Immenstadt, Germany. He was a painter of landscapes and hunting scenes. He painted not only oil paintings but also watercolours and made etchings.

Hoess passed the entrance examination at the Academy of Fine Arts in Munich. He was a student of master teachers and artists Kirchbach, Raupp, v. Hackl and Ritter v. Herterich. In 1889 he moved to Frankfurt and in 1891 he returned to Munich. In 1898 he went on study trips to Sweden, Austria and Italy and returned to his hometown. Two years later he had his first exhibition in Munich with paintings of hunting scenes and landscapes of the Allgäu, the mountainous region in Bavaria, southern Germany.

Hoess earned a reputation as the best painter of hunting scenes. His success was also based on his collaboration with the magazine “Jugend”. The painter participated several national and international exhibitions and is a historical guest at the important Art exhibition The Southern 2010. In 1936 he moved to Langenwang,

Germany and married the writer, Adele Ude. The artist died in 1955 in Langenwang and his final resting place was in the Lindau cemetery on Lake Constance, on the Swiss border. 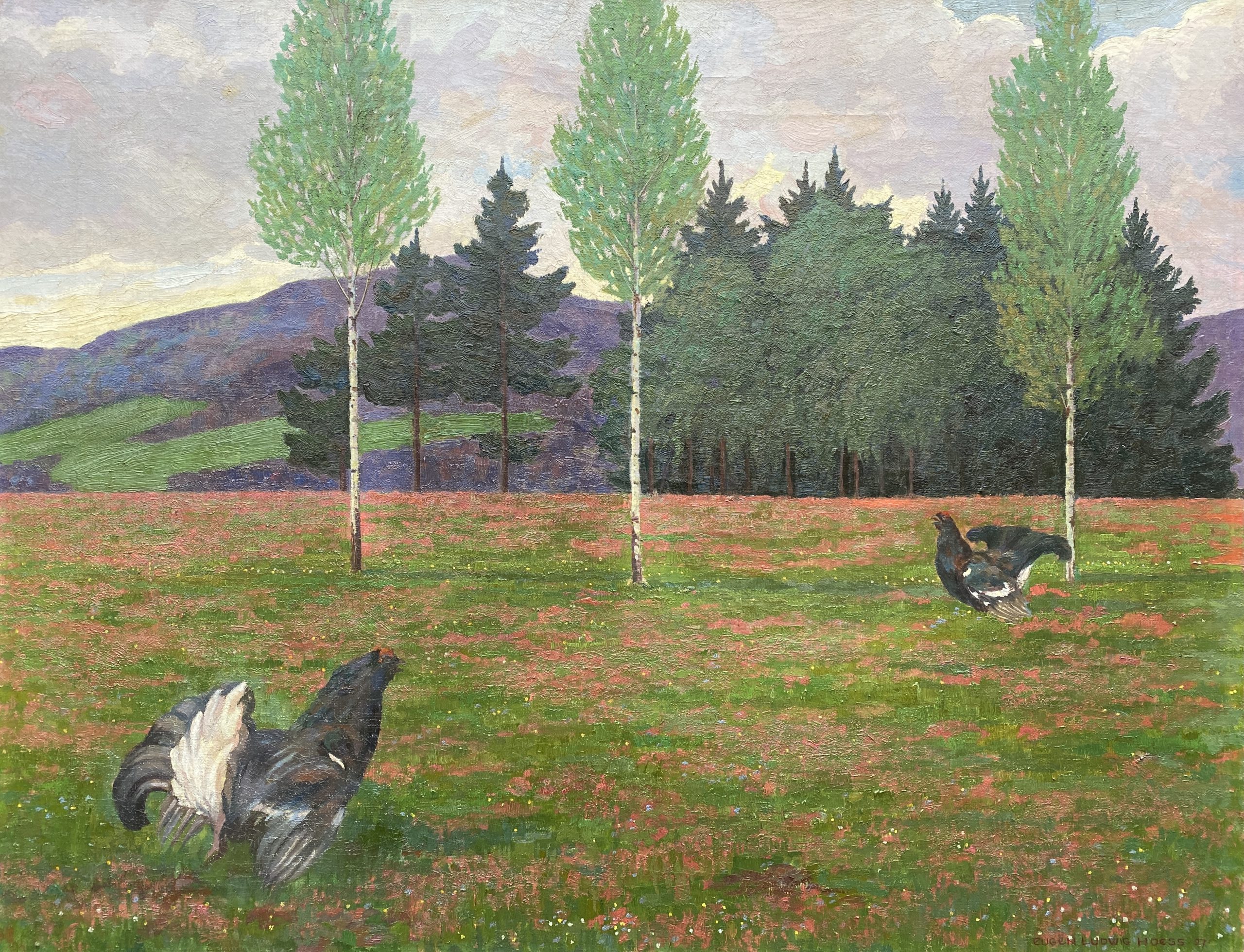