Hellemans Pierre-Jean was born on November 21, 1787, in Brussels.

He was a Belgian pre-romantic painter of landscapes.

He was married with his niece, Jeanne Marie-Joséphine Hellemans (1796-1837). She was a painter of still lifes with flowers and fruits.

Hellemans studied at the Academy of Brussels (1807-1809) with master teachers and artists Jean-Baptiste Rubens and Jean-Baptiste De Roy. At the academy, he won all existing competition prizes in his discipline. His initial interest was in mythological, historical and religious subjects but soon turned to landscape painting with a preference for picturesque views from Brussels region and from the Ardennes (Anderlecht, Schaerbeek, Sonian Forest, Waterloo, the Meuse region). He painted also Castle de La Follie, d’Ecausinnes  and d’Enghien.

His landscapes were sometimes finalized with animals by the painter Eugène Verboeckhoven and signed by both of them.

Hellemans was very successful in his time, winning silver medals in the Salon 1822 in Lille and in 1823 in Douai. He was a member of the Royal Society for Fine Arts of Brussels and of the administrative commission of the Brussels Museum of Fine Arts.

Today, his panoramic landscapes are invaluable to knowledge of the topography of the many villages and outlying areas and are highly sought after when they do appear on the art market. His works can be found in private and public collection including Brussels, K.M.S.K. in Belgium; Leipzig, Museum der Bildende Künste; Oudenaarde, Municipal Museum; Oslo, Nasjonalgalleriet. 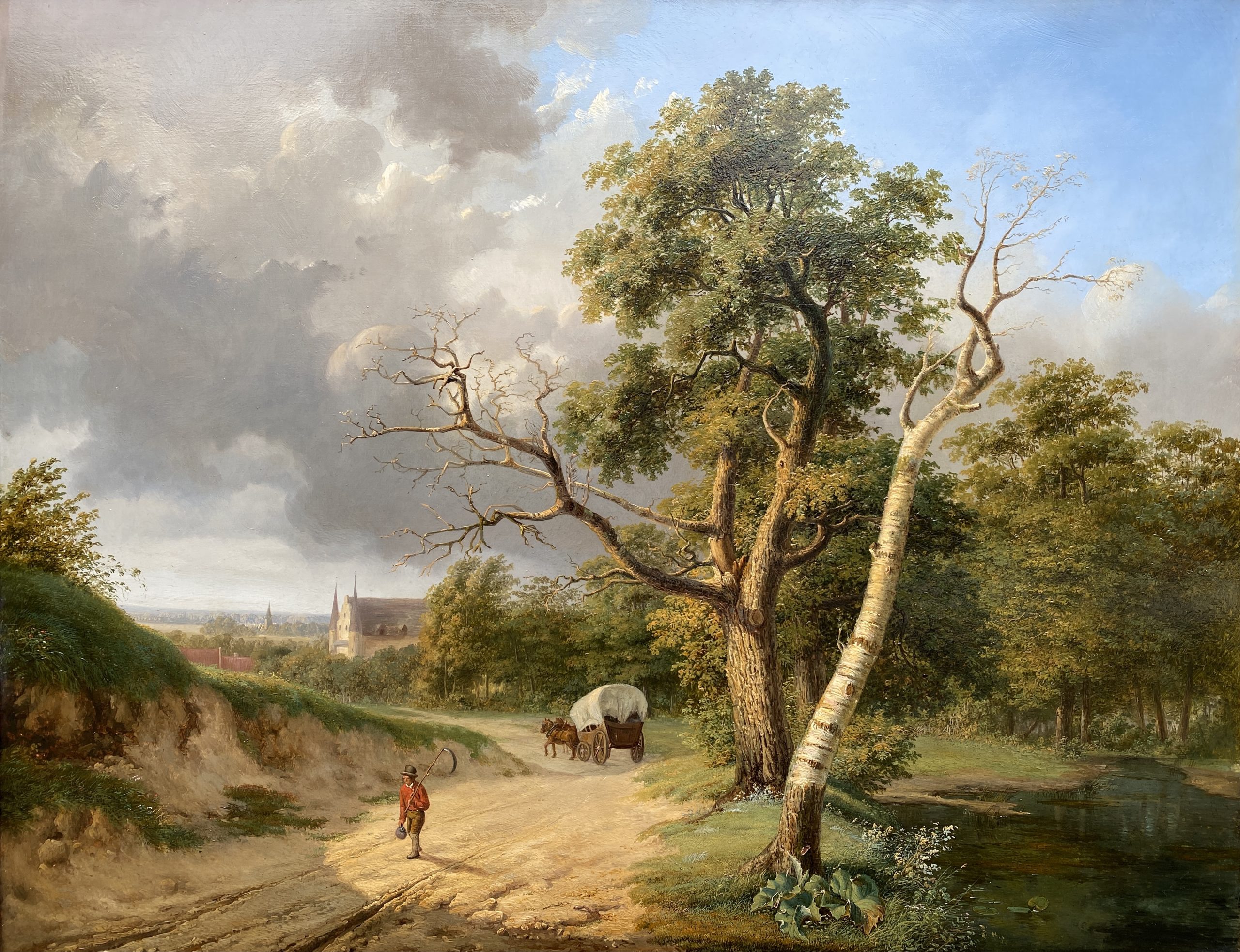