Glansdorff Hubert was born in Ixelles, Belgium, in 1877. He was a figurative painter of genre scenes, seascapes, still lifes with flowers and fruits, female figures, nudes and portraits.

The picturesque scenery came up and developed in his work. It was not his rational decision, but it came naturally as a matter of basic human instinct. He was initially a great admirer of the Flemish Primitives but evolved, through a personal technique, into Luminism. The painter used a warm and colourful palette.

Glansdorff was a well-known Belgian painter, but especially famous for his flowers.

He was a member of the Cercle Artistique et Littéraire de Bruxelles. In 1904 he exhibited at Salon of the Indépendants in Brussels and showed his work “Armenian fiddler”. In 1920, he participated at exhibitions in Brussels Cercle Artistique et Littéraire and at Salle Studio and at Salon d’Automne together with artists Pierre Abattucci (1871 – 1942), Firmin Baes (1874 – 1943) and Gustave-Max Stevens (1871 – 1946).

During the WWII he showed several times individually his works at the Galeries de l’Art belge in Brussels. From 1963 the painter lived in Knokke (Belgian coast) and died there at the age of 85.

Today, his paintings can be found in private and public collections including the Courtray Municipal Museum of Fine Art, Belgium. 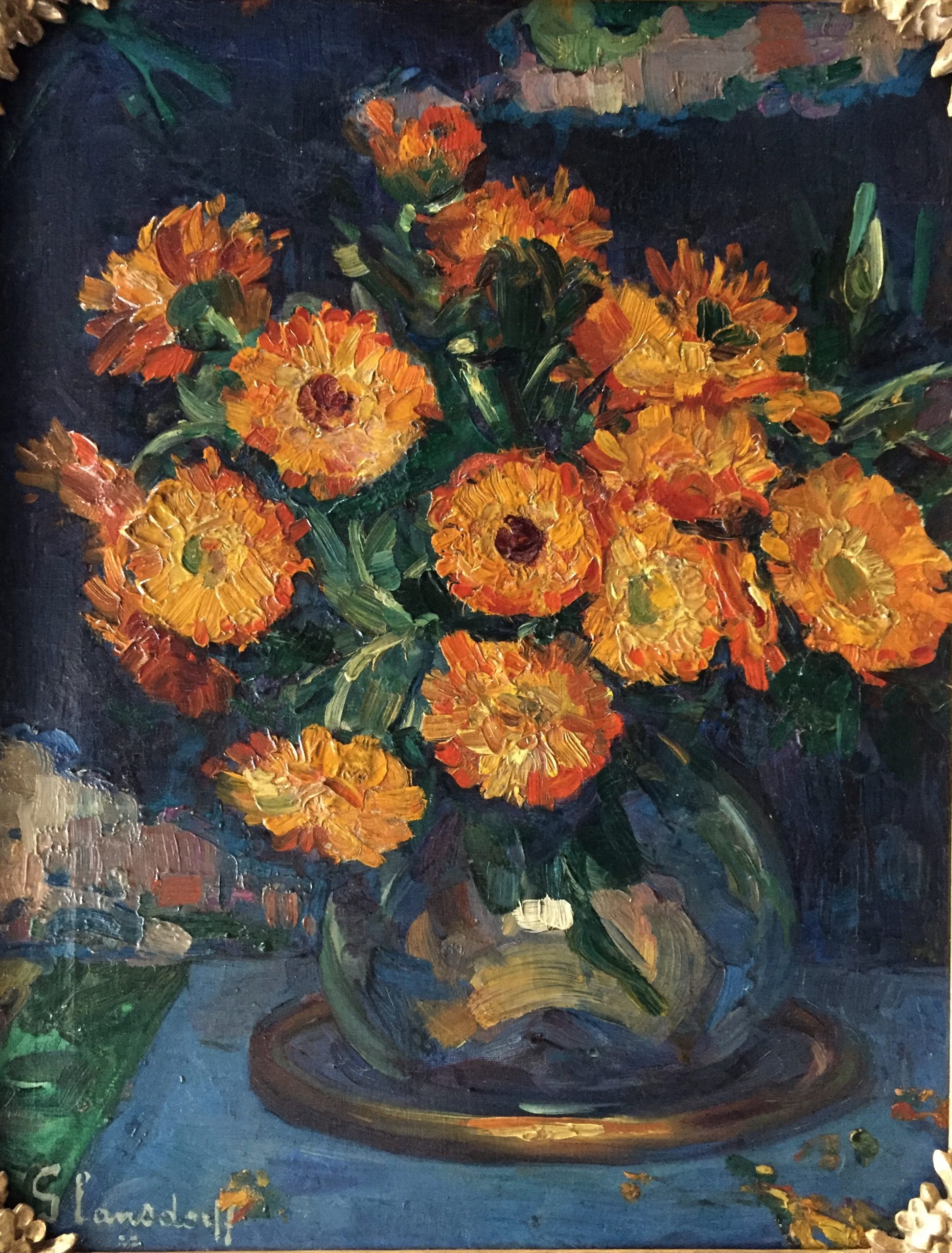