Deer in a Mountain Landscape

Deer in a Mountain Landscape

Wenzel Karl – Heinz was born on August 11, 1932, in Wolfsberg, Austria. He was a German painter and graphic artist.

From 1947 – 1950 Wenzel painted in Wittenberg and in Karlheinz, Germany. Following five years, he studied at the Berlin-Weissensee Art Academy under master teachers and artists Horst Strempel (1904 – 1975), Arno Mohr (1910 – 2001) and Bert Heller (1912 – 1970). After his studies, he first worked as a freelance artist in the Lutherstadt Wittenberg, where he led a painting and drawing circle.

Today, his works can be found in private collections. Wenzel’s paintings are captivating due to a virtuoso handling of colour tones and structures. The subject, the atmosphere and the emotionality of the composition are precisely sensed and communicated directly to the viewer. The perception of light in the landscape is often the starting point of an ingenious pictorial invention. 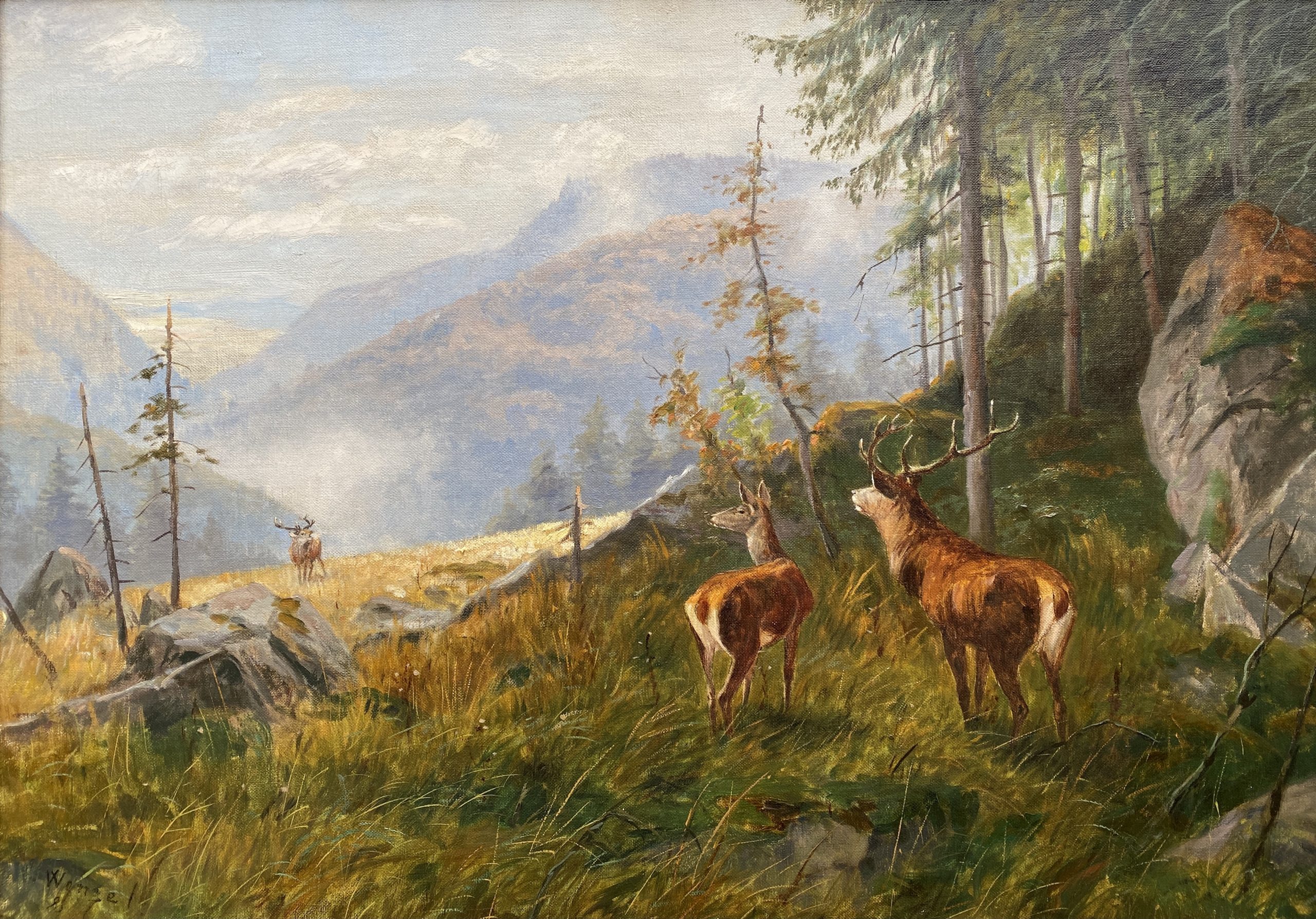