Panoramic view of Chiny, Belgium with a bridge St Nicolas in the background, in the front old windmill where a restaurant “Le Mulin Cambier” can be found.

was born on June 15, 1889 in Elsene (Brussels), Belgium. He was a painter of realistic and impressionistic landscapes, still lifes, harbour views and portraits. He was also etcher and watercolorist. 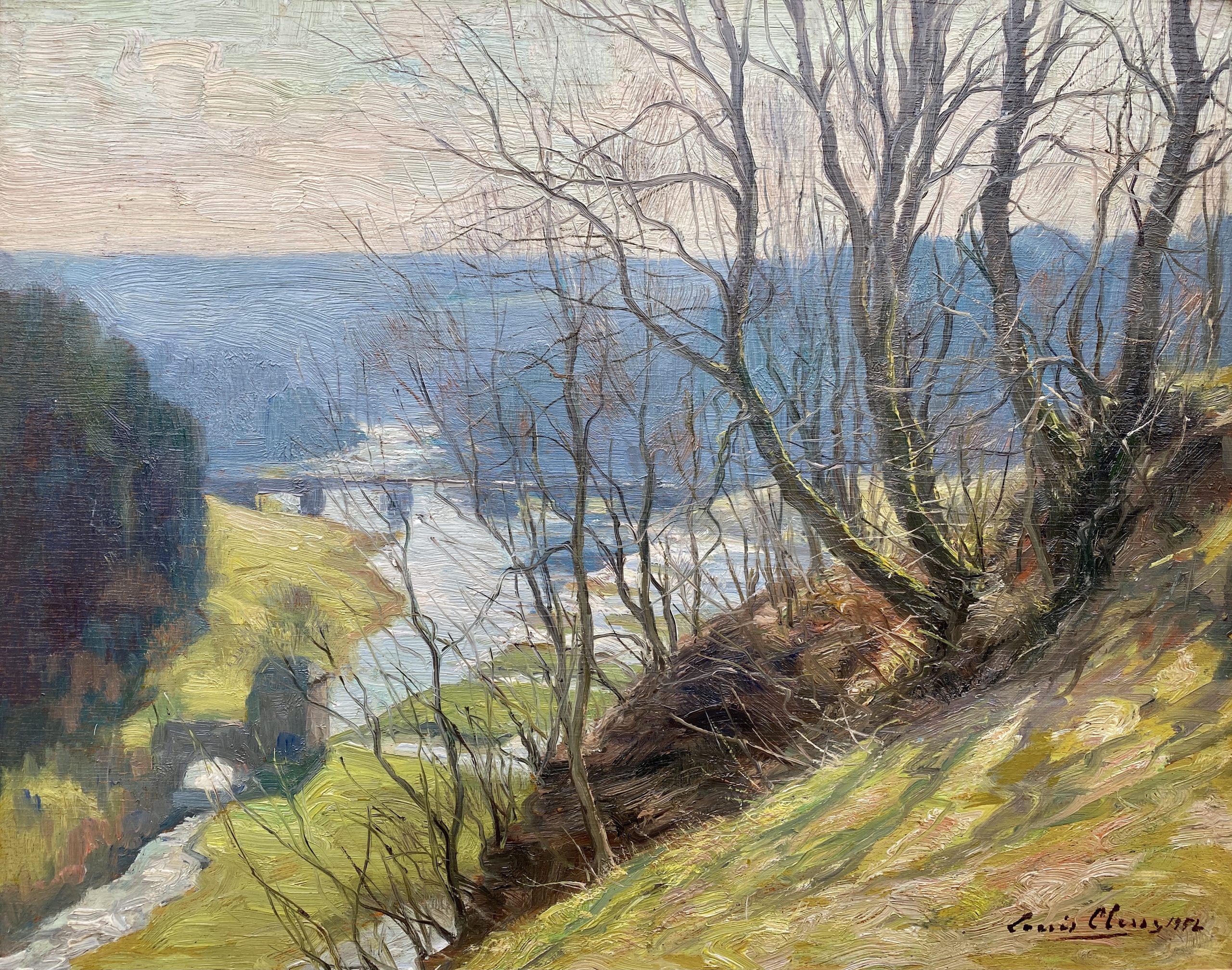