Bouvard Antoine ( Aldine Marc ) was born at Saint-Jean-de-Bournay in L’Isere in 1870. He originally trained as an architect and studied art and architecture under Constance-Dufeus, at the Ecole des Beaux Arts in Paris. He became the Director of Architectural Services for the Seine and was responsible for the construction of the Bourse du Travail and also for the Boulevard Morland in Paris.

On one of his numerous painting trips to Venice he met the noted Venetian artist Felix Ziem. From that moment this artist greatly influenced his work for the remainder of his life. Painter’s love of Venice you can see in the delicacy and fluidity of his use of colour. As a master he succeeds to capture the warmth and beauty that he found in in the capital of northern Italy.

Antione Bouvard is also known under the pseudonym of Marc Aldine, allowing him further success through alternative markets for his work.

His works are delicately but confidently painted, capturing all the charm of one of the most romantic cities in the world. This artist became very popular because of his sensitive understanding of Venice. He demonstrates his architectural skill and Venice’s unique colour and light effects. He does capture the daily life and glamour of well-known scenes like the Grand Canal and the Santa Maria Della Salute and also by catching the atmosphere and serenity of the backwaters.

Venice had always been a popular venue for visitors on the ‘Grand Tour’ throughout the 18th and 19th century. The city attracted visitors in greater numbers with the development of the European Rail Network in the second part of the 19th century.

During his lifetime he exhibited throughout France and Italy as well as many provincial European Galleries.

Bouvard died in his hometown in 1955. Today the painter’s works are internationally collected and have achieved great popularity and recognition in this present time. He is one of the most prolific painters of Venetian genre. 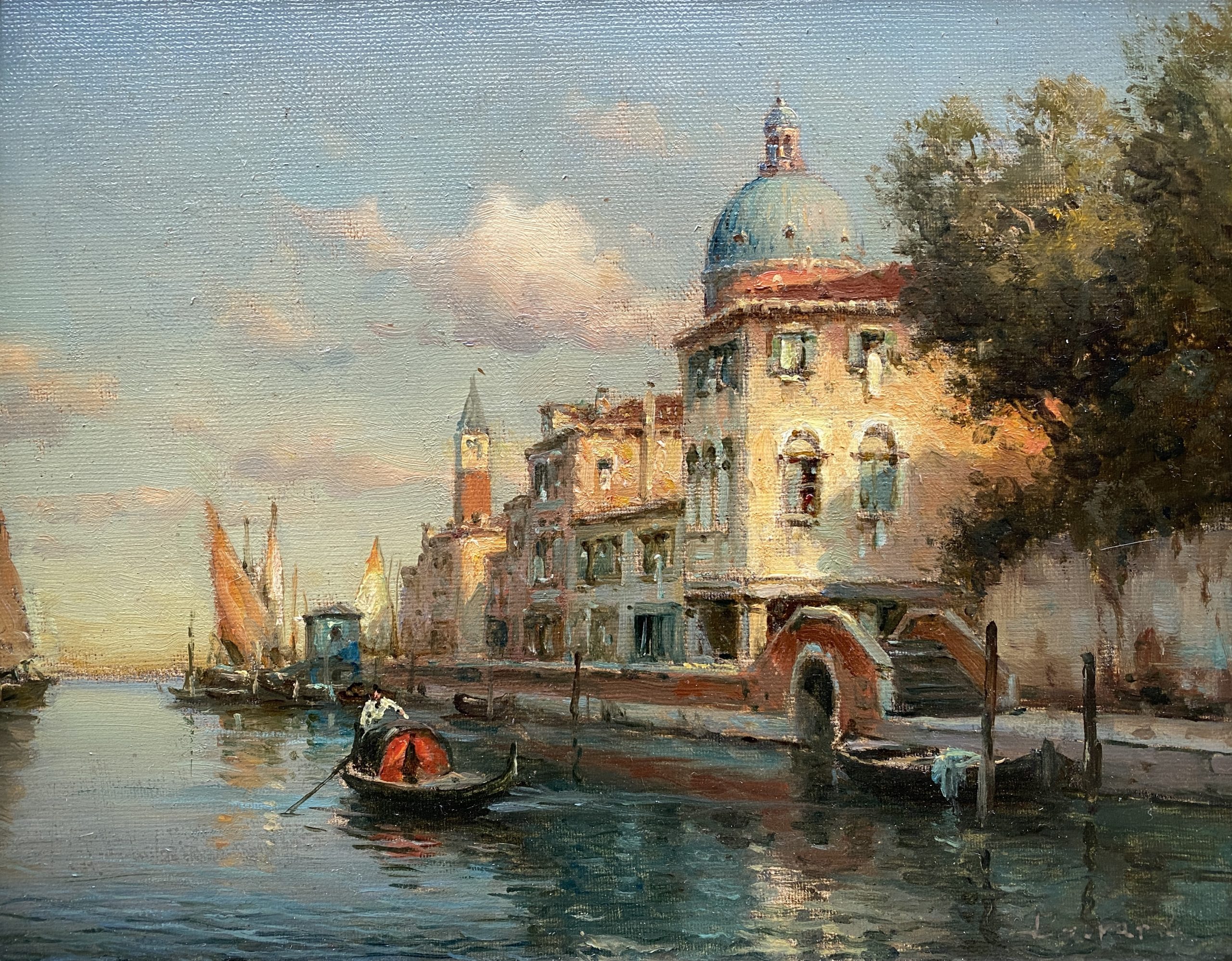