A Path in the Forest

A Path in the Forest

Binjé Frans (Binjé François) was born on October 10, 1835, in Liège. He was a Belgian Impressionist painter, watercolourist, draughtsman and pastel artist. He generally worked in Brabant, the Ardennes, and Belgian coast. He painted views of the North Sea, especially in watercolours.

His earliest paintings date from 1855. They were landscapes, mainly views of the region around Namur.
He had to give up most of his artistic activities and restarted these around 1875, after having taken lessons from landscape painter Henri van der Hecht (1841 – 1901).

In the years 1875-90, he was most productive. Firstly, as a watercolourist, from 1880 started to paint oil paintings. During the period of 1868-1880, he regularly spent the summer months with other well-known landscape painters, where they painted landscapes situated at the confluence of the Meuse and the Lesse. He also visited the Limburg Campine, and in particular the artists’ village of Genk, which had become his personal favourite location since the 1850.

He belonged to the Tervueren School, both through his master teacher and by his evident desire to know all the details of nature. Realist by nature, he was less descriptive than Belgian painters Degreef Jean-Batiste (1852 – 1894), Verheyden Isidore (1846 – 1905) and on many occasions tried to interpret his subject according to his elegiac or melancholic character. He held the role of second-generation realistic landscape artists, which was firstly led by French painter Crépin Louis – Philippe ( 1772 – 1851).

Binjé Frans was an expert of warm chalk tones, skillfully applied with full brush strokes. The shades of his colours are excellent, in which the mists of morning and the languid airs of autumn make a cover for inaccurate lines and wavering colours.

He died on May 10, 1900, in Brussels (Schaarbeek). Today, his work can be found in numerous important private and public collections, including museums in Brussels, Antwerp, Gent, Courtrai, Liège, and Verviers. 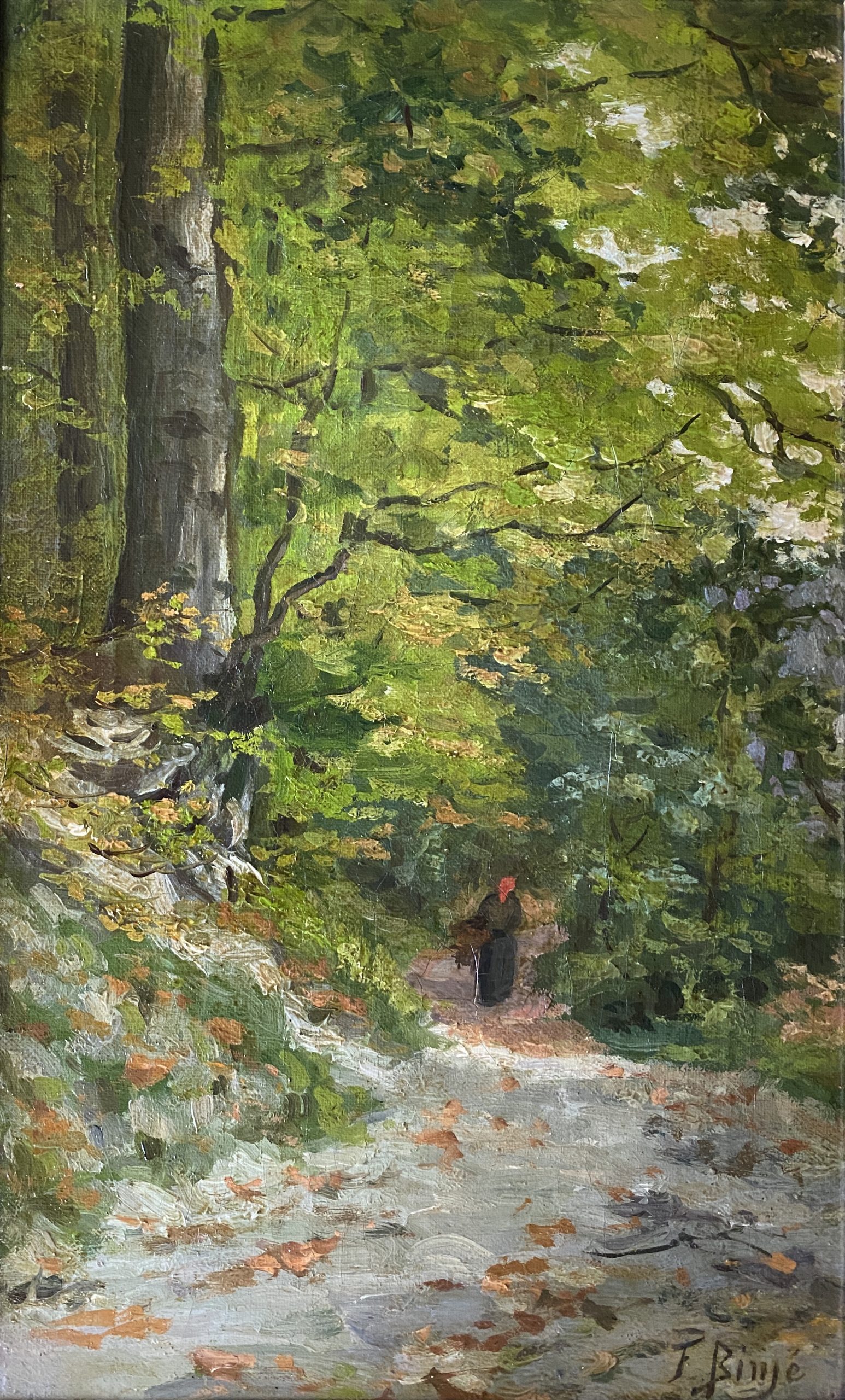