Berne-Bellecour Étienne-Prosper was born in Boulogne, France on June 29, 1838. He was a French painter illustrator and printmaker. He also practiced as a sculptor and an etcher. He studied under master teachers and artists Picot François-Édouard and Barrias Félix- Joseph. He also studied at the École des Beaux-Arts in Paris and competed in 1859 for the Prix de Rome. He also worked in photography to support himself while he studied. In 1867 he won a prize for photography at the Universal Exposition.

French painter Vibert Jehan Georges encouraged Berne-Bellecour to devote himself entirely to painting. In 1870 Berne-Bellecour, Vibert, Leloir Alexander-Louis and Detaille Édouard went on a trip to Africa. Later painter had to return to serve in the Franco-Prussian War. Berne-Bellecour served and won a medal for gallantry under fire. He was named a Chevalier in the French Legion of Honors in 1878.

Berne-Bellecour initially painted landscapes and portraits, but later works focused on military subjects. He became known for his war art. His son Jean-Jacques(1874–1939) was also a military painter.

Berne-Bellecour died in Paris on 29 November, 1910. Today his paintings can be found in private and public collections worldwide. 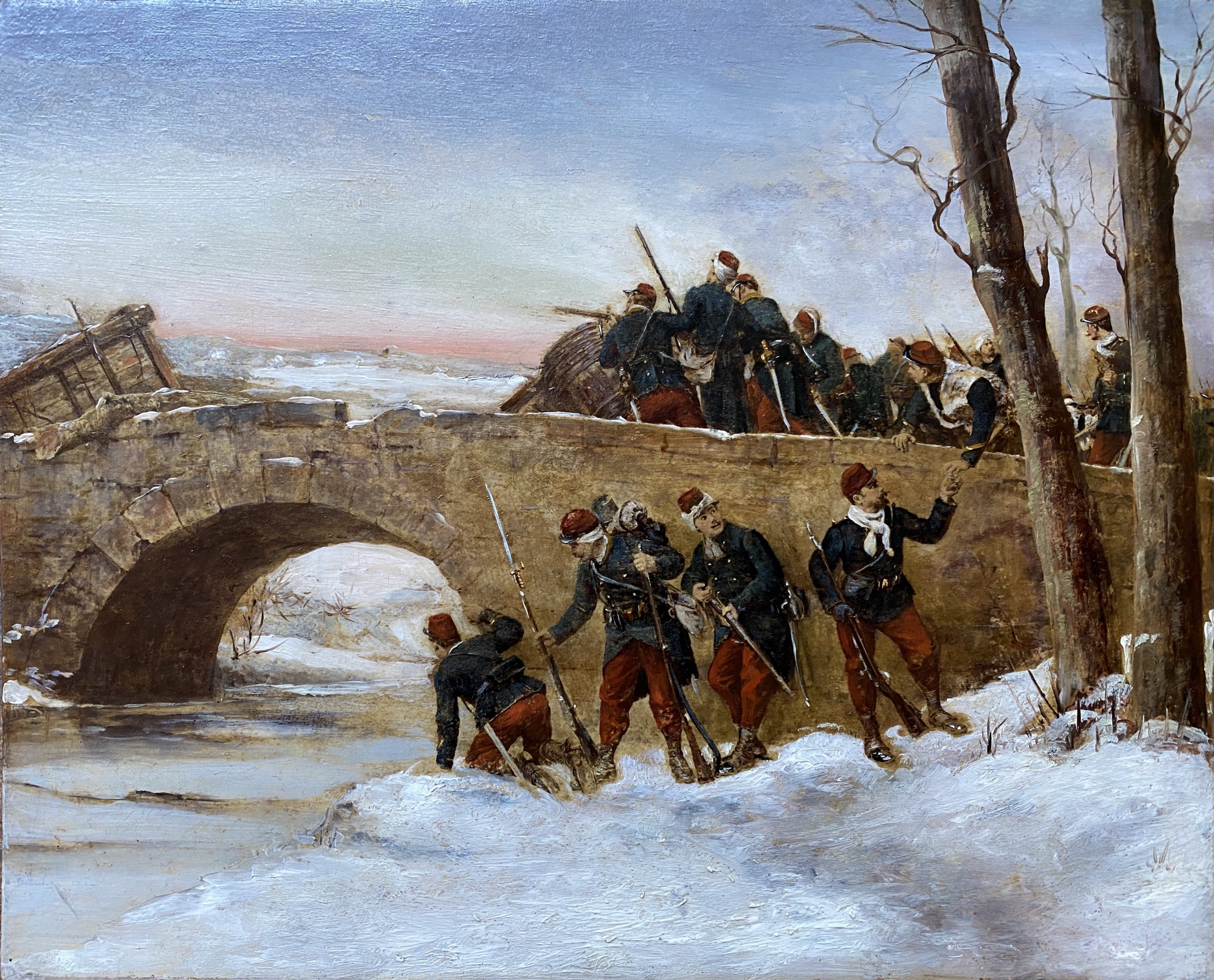