Asselbergs Alphonse was born in Brussels, Belgium in 1839. He was a painter of landscapes and forests. He studied with the master teacher and artist Edouard Huberti from 1863.

After having led a world traveled life as a trader, he returned to the countryside of Belgium in 1867 and stayed in the Tervuren region and spent his time painting landscapes with great artists such as H. Boulenger, E. Huberti, J. Coosemans and Th. Baron.

From 1873 to 1874, he traveled and painted in North Africa with the watercolourist, Arthur Bouvier. It resulted in a number of canvases in the oriental style, but unfortunately without any commercial success. Despite having been shown at numerous exhibitions, they were all still in his studio at the time of his death. After returning from his travels, he lived near the artists’ colony in Genk and made occasional excursions to the forests of Fontainebleu in France.

From 1875 to 1877 he worked in the Barbizon region with students of Rousseau.

In 1877, Asselbergs moved to Brussels. He painted quite actively in the Brussels countryside, in the Ardennes and Campine regions. He had a studio with a round tower, on a street that is now named after him. He also made short trips abroad to France and Italy. During the 1880’s, he held exhibitions at the Salon de Paris. In 1881, receiving a second commission in 1896, he was named Officer in the Order of Leopold: it is the oldest and highest Order of Belgium and is named in honor of its founder the King Leopold I.

The place this painting depicts is a small village Achouffe in the municipality of Houffalize, in Wallonia, Belgium. It is located in the forested Ardennes region. Situated within the Bastogne district Luxembourg province. 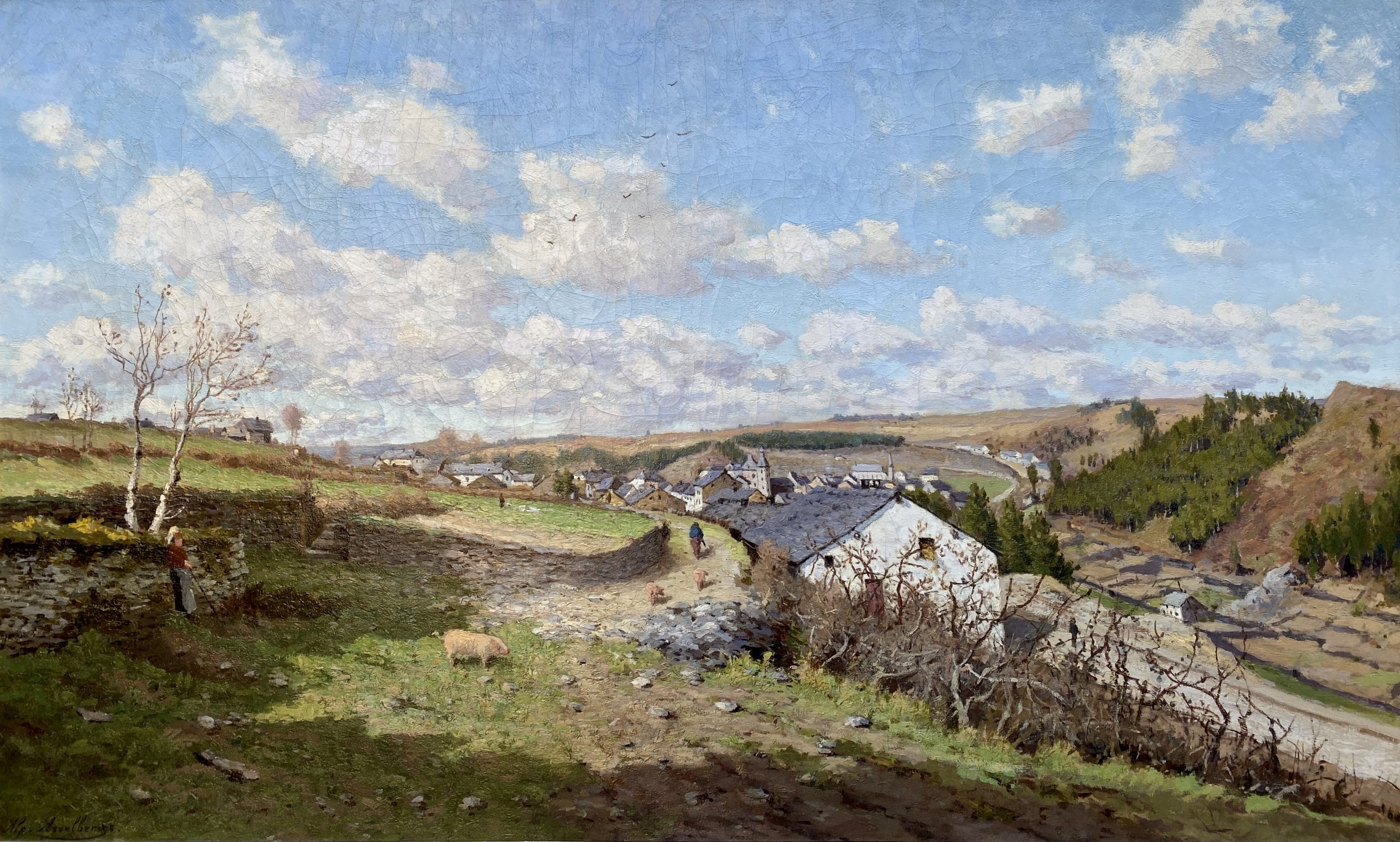