Zwart Adrianus Johannes (Arie Zwart) was born on August 30th in 1903 in Rijswijk, Netherland. He was a Dutch painter of landscapes, flowers, still lifes and interiors.

In 1914, he won a box of painting materials and a weekly visit to the master teacher and painter Otto Kriens (1873 – 1930) to have his work assessed. This is where he made his first paintings. Later he studied for two years at the Academy of Fine Arts in The Hague.

The style of his early work is reminiscent of the Hague School, and later he painted and drew (also pen drawings) in a Naturalistic Impressionistic style. Although his first work had a somewhat dark tone, his later work was light and colourful. Zwart was a master at depicting the right light, atmosphere, and mood.

He exhibited in Rotterdam, The Hague and Amsterdam.

Zwart lived in caravan and had three children. He lived and worked in Rijswijk, Veur, Brabant, Gelderland, Overijssel, Zwolle until 1952, Voorburg 1952-1962. Later, Zwart lived in a houseboat called “De Trekschuit”. He made trips with a houseboat through North and South Holland. He travelled extensively to Belgium, France, Spain, Portugal and Tunis to paint there.

During World War II, he lived with his family near Meppel. Later, he lived in Alkmaar, Voorburg, Woerden and Laren.

In 2005, the Stedelijk Museum in Zwolle organised a retrospective exhibition and a monograph was published on Arie Zwart. This book was titled ‘A nomadic existence’ and written by Raymond Baan and Be Doorten. 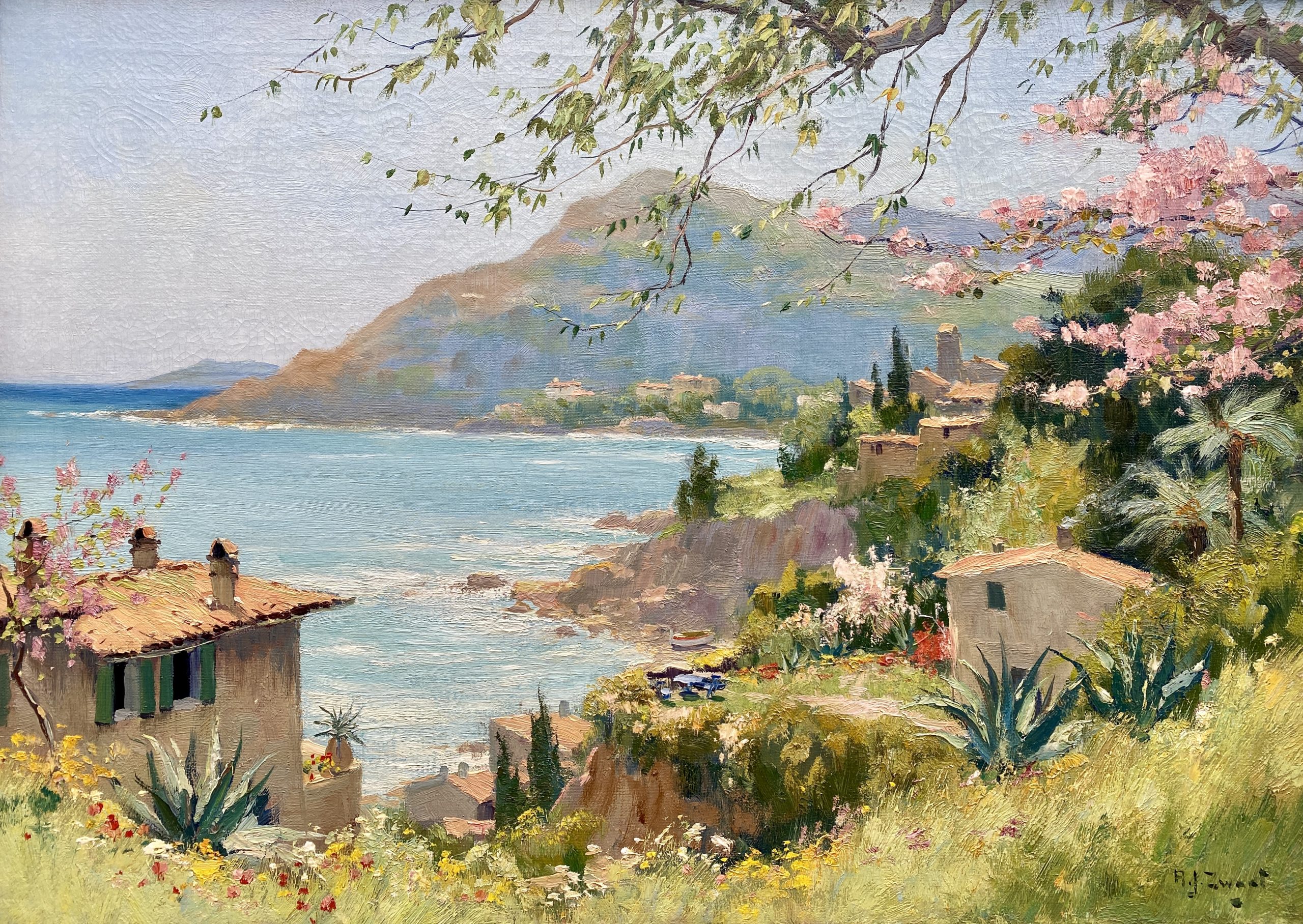