Vrolijk Adrianus Jacobus was born in The Hague on March 9, 1834.

He was a Dutch painter of the Hague School. He painted landscapes, views with river and windmills, Dutch winter scenes and frozen canals. He was also exelllent watercolourist and draughtsman. Vrolijk belongs to the Romantic movement.

He studied with the famed master teacher and artist Andreas Schelfhout (1787–1870) and was a meritorious pupil of him. He showed great technical skill in copying the work of his masters or that of Samuel Verveer (1813-1876) and Johannes Weissenbruch (1822 – 1880), and showed great promise as an independent artist.

Adrianus Vrolijk obtained medals several times at various exhibitions. Through his technical excellence and sense of composition and his use of naturalistic colours, he soon became famous also outside The Hague. Several museums have work by his hand. He died in his hometown on Maart 21, 1862. 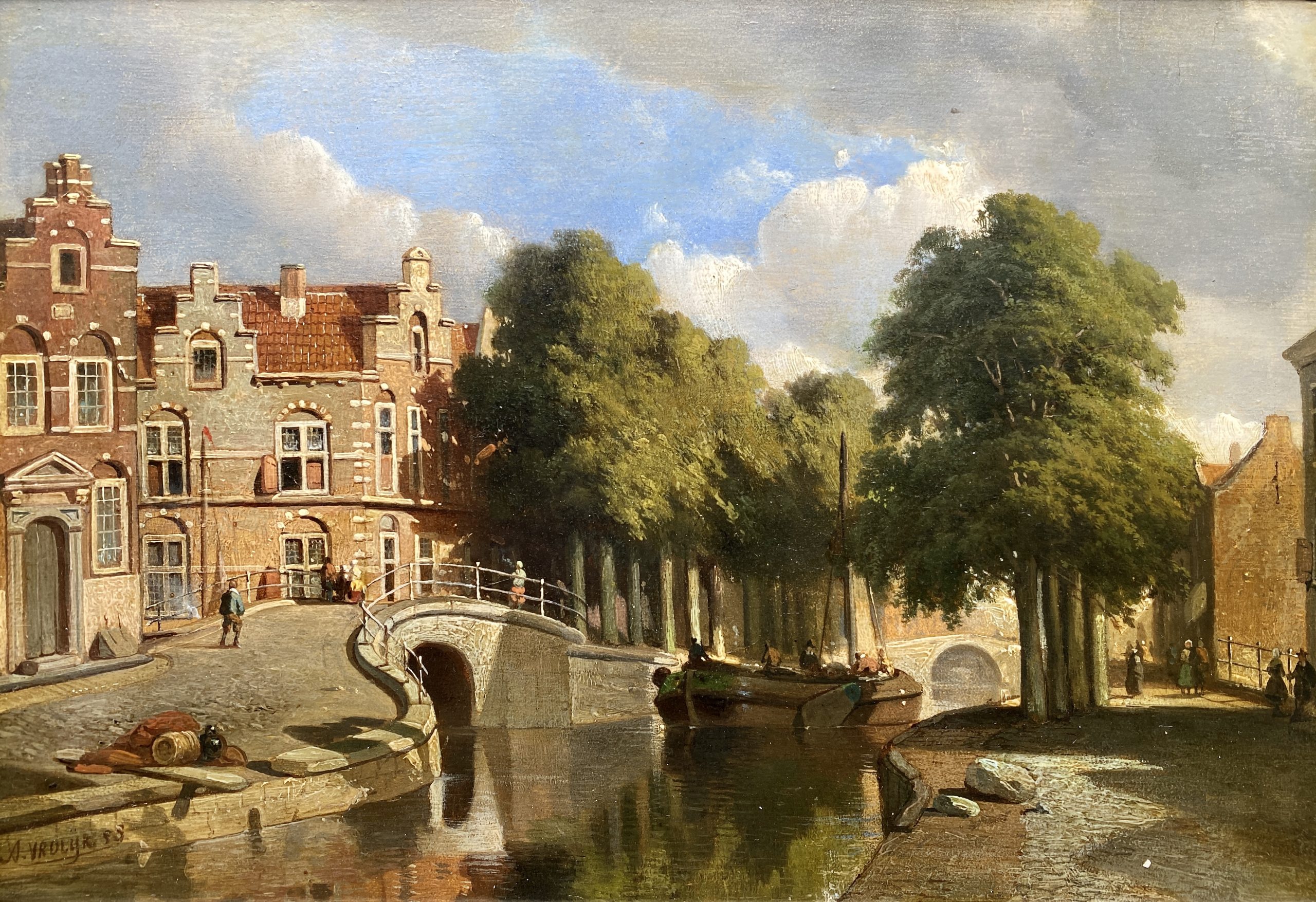