Van de Fackere Joseph (Jef) was born on October 30, 1879, in Sint-Walburgastraat in Bruges. He was a Belgian painter and pastel artist, painted mostly portraits, still lifes, flowers, fruits, and interiors. We notice in some works influences of Impressionism or Fauvism.

He studied at the Bruges Academy of Fine Arts under master teachers and artists Pierre Raoux (1845 – 1917) and Edmond Van Hove (1851 – 1913). He lived in Assebroek, where he had a spacious studio built in his garden. He visited The Netherlands and France.

In 1904 Van de Fackere became a teacher at the Bruges Academy.

In 1918 he became the founder of the department of daytime courses for misses. He trained many young ladies there, to become competent artists.

Vande Fackere was a particularly good pastel paintings and painted beautiful portraits, still lifes and landscapes. In the Bruges Town Hall hangs a beautiful portrait of Julius Sabbe, dated 1906, donated to the City of Bruges in 1910 by the children of J. Sabbe.

From 1904 to 1926, he participated continuously in the annual exhibition of the Cercle Artistique Brugeois. He also held many exhibitions himself.

There was a particularly beautiful exhibition in the Gallery “San Salvador” from October 18 to November 4 in 1923. They were mainly flower arrangements and a few portraits, mostly executed in the pastel technique.

In 1970 the portrait of Louis Vanderborgt, painted by Van de Fackere, was donated to the Bruges museums.

Today Van de Fackere Joseph occupies an important place in the gallery of Bruges Artists, his works can be found in private and public collections, including Groeningemuseum in Bruges “Portrait of Julius Sabbe”, “Portrait of Louis Vanderborght”, “Peonies”, “The old furniture”, in Ostend, Mu.Zee: “Woman with basket”, “Eel fisherman”. 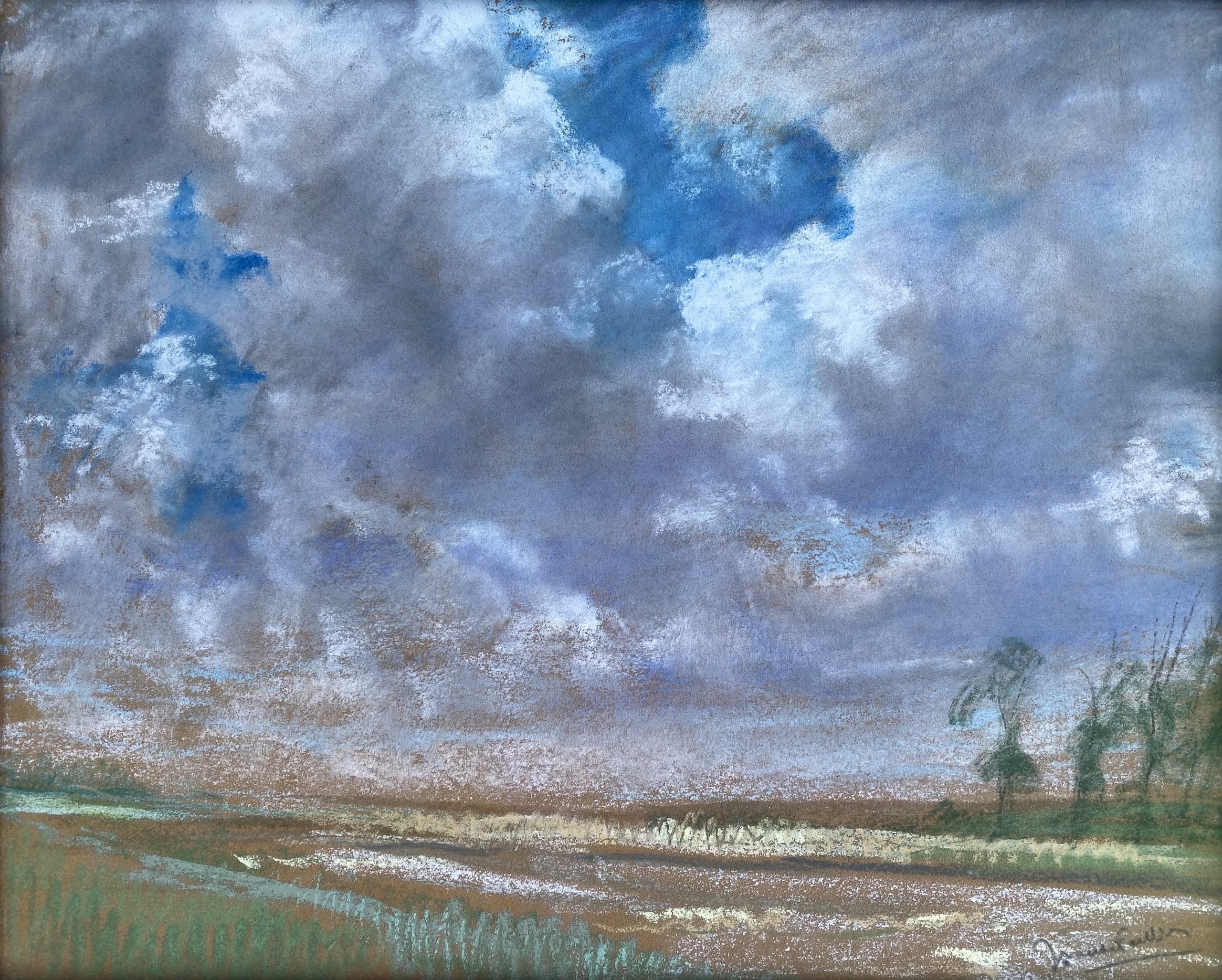