Still Life with a Cigars, Playing Cards and Delft Plate

Still Life with a Cigars, Playing Cards and Delft Plate

This watercolour painted by an unknown artist is a still life that reflects the influence of the Dutch Golden Age tradition.

In the Art world, it is generally accepted that still life as a genre developed in The Netherlands in the last quarter of the sixteenth Century. The term ‘still life’ comes from the Dutch word ‘stilleven’, which literally translates as ‘quiet life’ or ‘still’.

The origins of this genre have a lot to do with the religious conditions in The Netherlands at the time. Images of religious subjects were forbidden in the Dutch Protestant Reformed Church.

The stille life genre is also linked and developed by Flemish artists. It shows affluence by depicting a variety of objects, fruit, flowers, and dead game.

Still life paintings became very popular and images showing a skull, an hourglass, a watch, the turned pages of a book or lit candles. They accentuated to emphasise the ephemerality of earthly pleasures and prompted a deeper meditation on the true meaning of life. 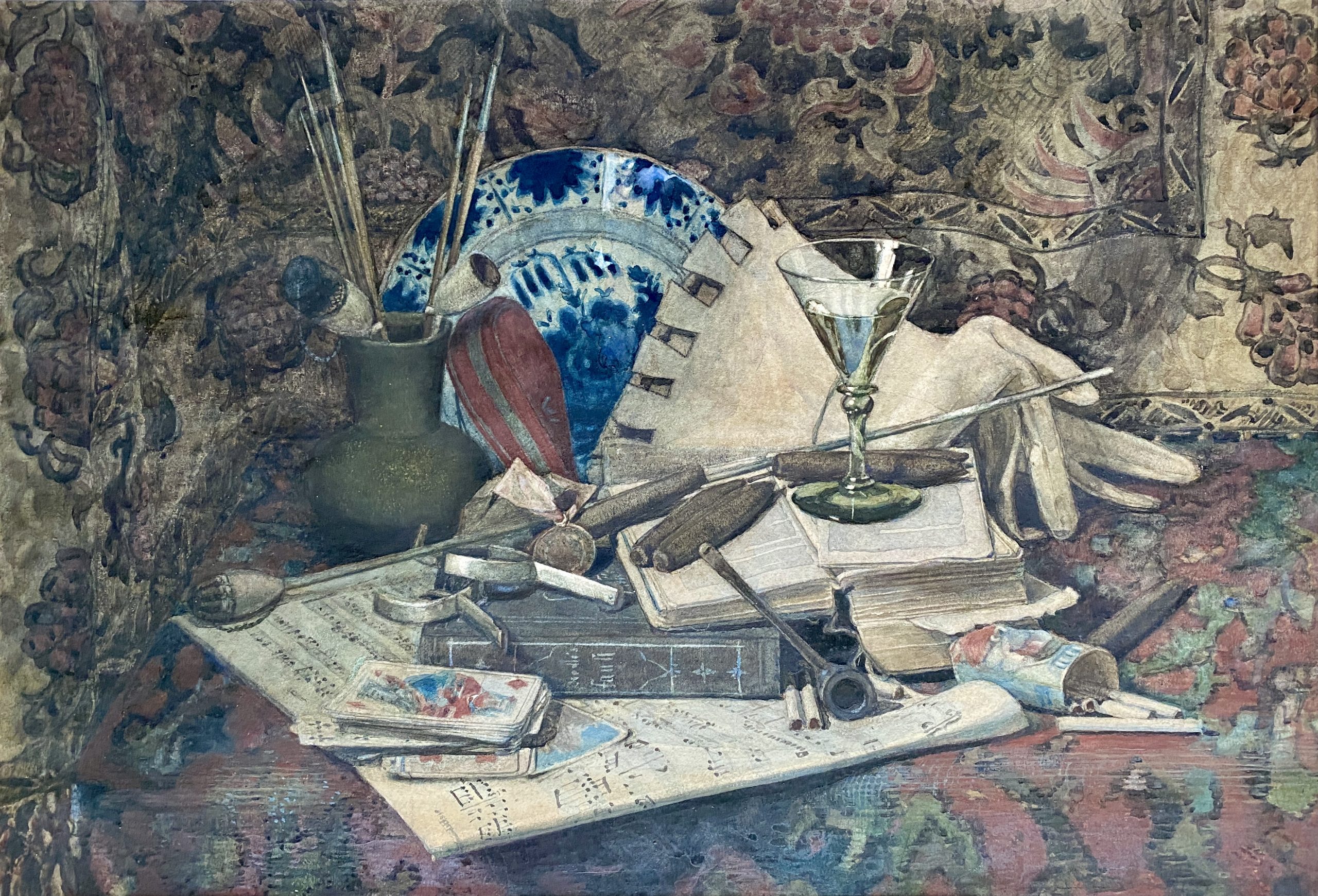