Sources contradict each other about Stein’s dates birth and death. There is some uncertainty about Stein’s gender, some sources describe him as a female painter.

Stein was a French Impressionist painter and draughtsman of cityscapes, landscapes, and seascapes. Primarily known for poetic views of Paris and London busy city life with elegant women who rush through their daily businesses. The painter also created scenes from Melun, Vichy, Bern, Geneva, and Monte Carlo.

Stein’s works are characterized by spontaneity and dynamism, giving the viewer the feeling of being part of the scenes.

In 1910 Stein produced for the decor of a new casino in Vichy a set of four large canvases which depicted carriage rides, visits to the brasseries, the casino, and the racetrack.

He died in 1917, 1930 or 1955. Today, his works can be found in private and public collections, including at the Paris and Meulin (France) Museums. 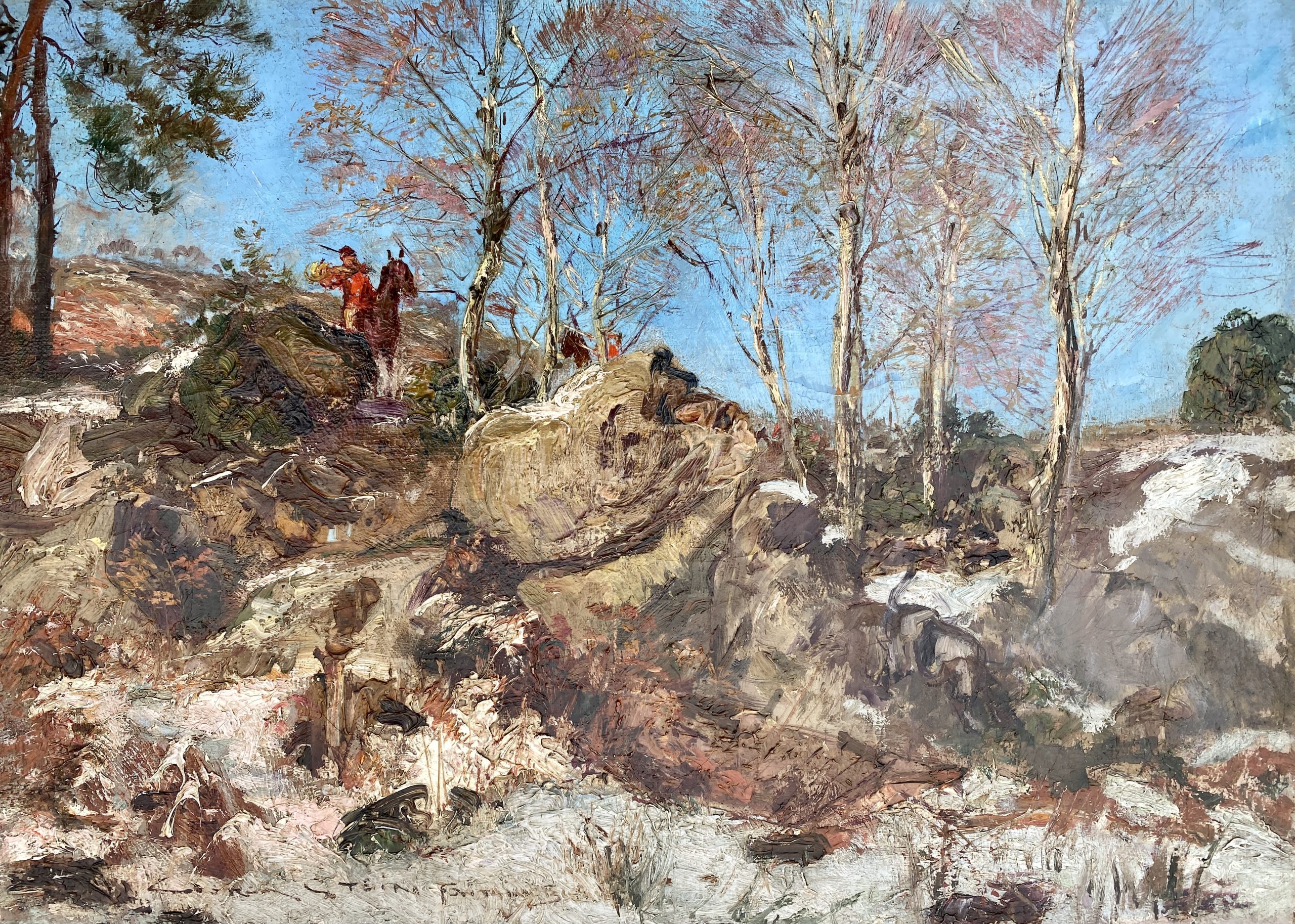