Summer Landscape by a Ruin

Summer Landscape by a Ruin

Schelfhout Andreas was born in The Hague on February 16, 1787. He was a Dutch Romantic painter, etcher and lithographer, known for his landscape paintings. His Dutch winter scenes and frozen canals with skaters brought him fame during his lifetime. He became one of the most influential Dutch landscape artists of his century.

Schelfhout started as a house painter and worked in the framing business of his father. His first exhibition in The Hague was a success. His father sent him to studie with the teacher and artist Breckenheimer Joannes (1772–1856).

In 1815, Schelfhout started his own workshop and became a member of the Pulchri Studio. Through his technical excellence and sense of composition and his use of naturalistic colours, he soon became famous also outside The Hague. In 1819 he was awarded the Gold Medal at the exhibition in Antwerp. In 1818 he became a member of the Royal Academy for Visual Arts of Amsterdam. He reputation continued to grow and in 1822 he was given the rank of Fourth Class Correspondent of the Royal Dutch Institute. From then on, one exhibition followed after another.

Painter died on April 19, 1870 in hometown. Schelfhout’s death marked the end of the Romantic period in Holland. He is considered a precursor of the Hague School. His winter scenes and frozen canals with skaters were already famous during his lifetime. He became one of the most influential Dutch landscape artists of his century. His works can be found in many private and public collections worldwide including in Rijksmuseum in Amsterdam, Museum Boymans van Beuningen Rotterdam, Dordrechts Museum, Teylers Museum in Haarlem, KMSK in Antwerp, MSK in Gent, Groeningemuseum in Brugge, National Gallery London, The Wallace Collection London. 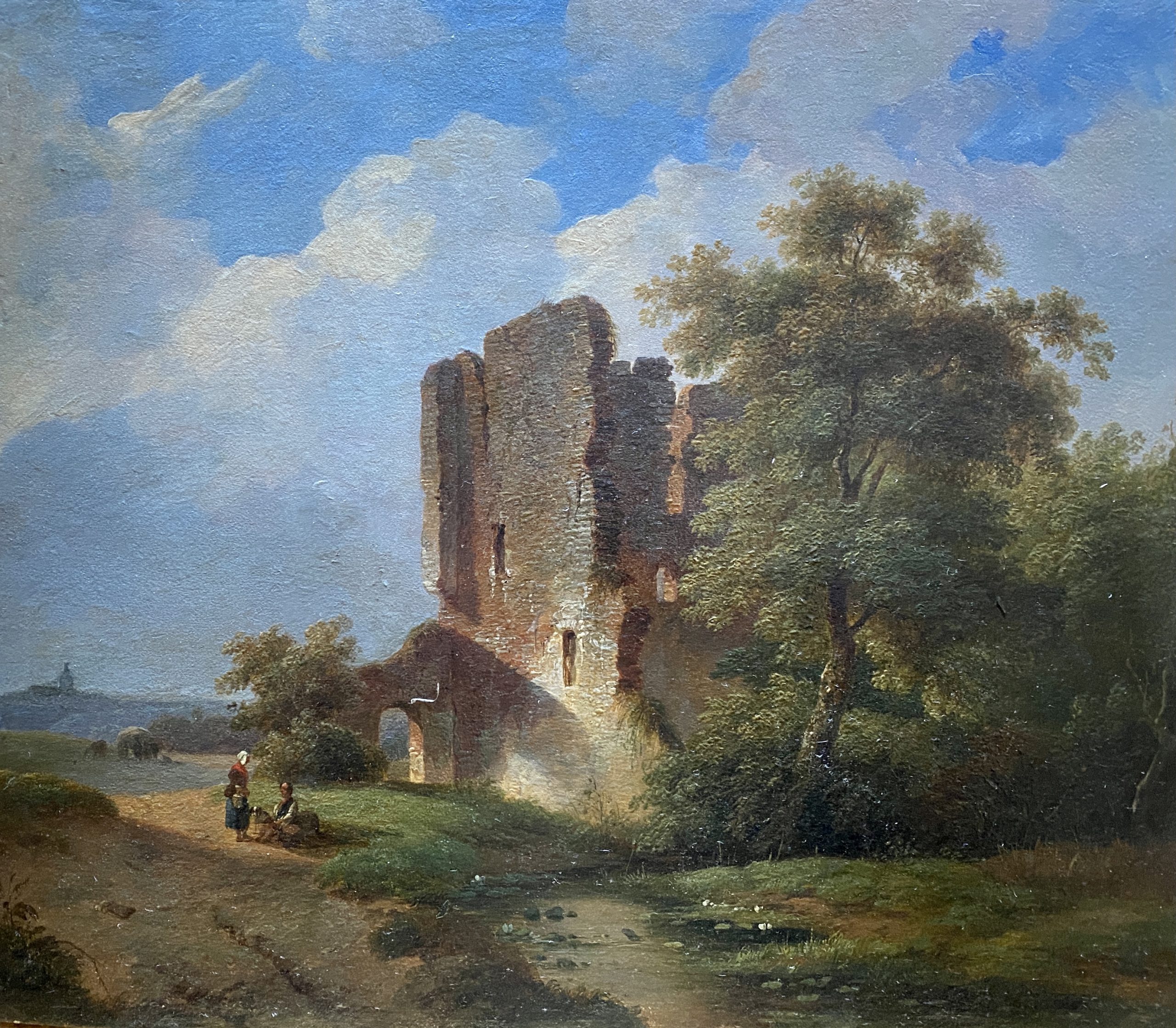