Shepherds Couple with Herd in a River Landscape

Shepherds Couple with Herd in a River Landscape

He was a painter of genre scenes, interiors, animals, children and figures. In general, he painted interiors in 16th-17th century style.

He was a student at the Academy of Fine Arts of Antwerp under master teacher and artist H. Van der Poorten.

For a short time, he worked in N. de Keyser’s atelier and after that with H. Carpentero and finally with A. Lion. In the meantime, he was registered at the Academy of Antwerp into the courses given by master teachers E. Dujardin and J. A. Verschaeren.

In 1849, he left the  Academy for reasons of health and went to live in Kalmthout and worked with J. Rosseels and I. Meyers. He worked also in the Ardennes together with J. Van Luppen.

Plumot was successful in his lifetime and repeatedly exhibited in Brussels, Antwerp, Gent, London, Philadelphia, New Orleans, Edinburgh, Adelaide, Melbourne. He participated in numerous exhibitions, some of them organized by the ‘Cercle Artistique d’Anvers’. He was medaled in Philadelphia in 1876.

He selected animals as a main subject of his paintings. His landscapes, very often with sheep or goats, are describing the countryside, notably at Kalmpthout in the surroundings of the Espierre Casel. Plumot specialized in animated landscapes with sheep and goats.

He died in his birthplace on March 29, 1906. Today, Plumot’s work can be found in Museum of Antwerp ‘The Foot bridge’, ‘The Calf’, ‘Young Woman and Dog’, ‘ The Apprenticeship’ and highly appreciated by private collectors. 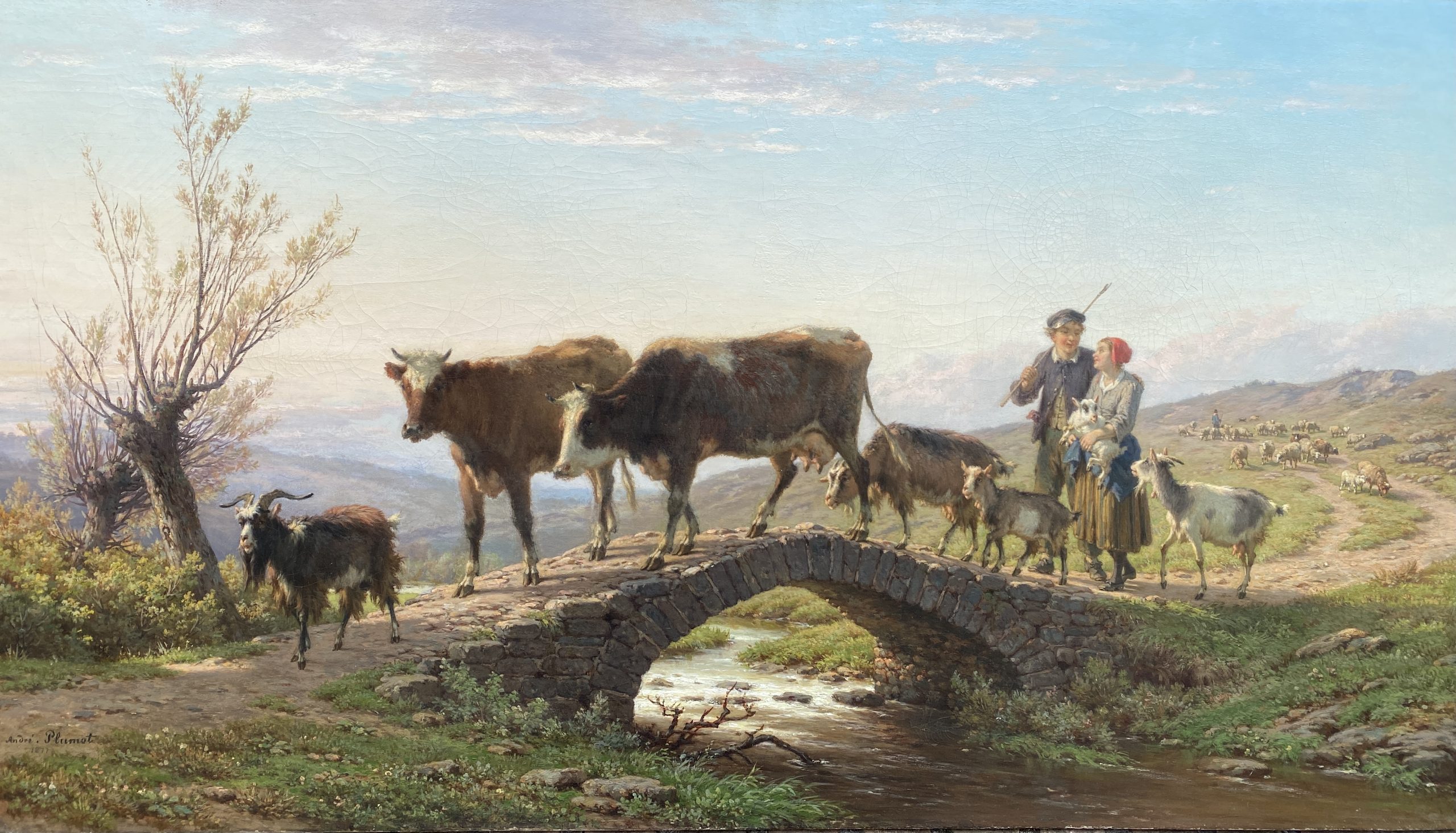