He was a painter, restorer of paintings and copyist of Flemish Primitives.

In 1912 he entered the Bruges Academy of Fine Arts with director Flori Van Acker as his teacher and famed artist. In 1926 the Municipal Council of Bruges appointed him as a teacher at the Bruges Academy. He would remain in this position until 1966, the year he retired. Poupaert turned out to be a solid painter with high qualities. He painted numerous Bruges townscapes and also made portraits of important Bruges figures.

In the period 1952-1956, he painted two portraits of guardians and superiors of the convent of Our Lady of the Pottery. In 1955 he collaborated with Jules Fonteyne on the murals of the Church of Christ the King.

In 1961 he copied for the second time Memling’s triptych “The Adoration of the Magi” by order of Bruges Naval College who gave it as a gift to the King and Queen of Belgium on the occasion of their marriage. In 1966 he copied “Madonna with the Apple” by Hans Memling, this time by order of the Bruges City Council, as a gift for Prince Albert II and Princess Paola at the inauguration of the Prince Philip dock in Zeebruges.

Painter Poupaert Lionel occupies an important place in the gallery of Bruges Artists.

Today, his works can be found in private and public collections, including at Bruges Museums. 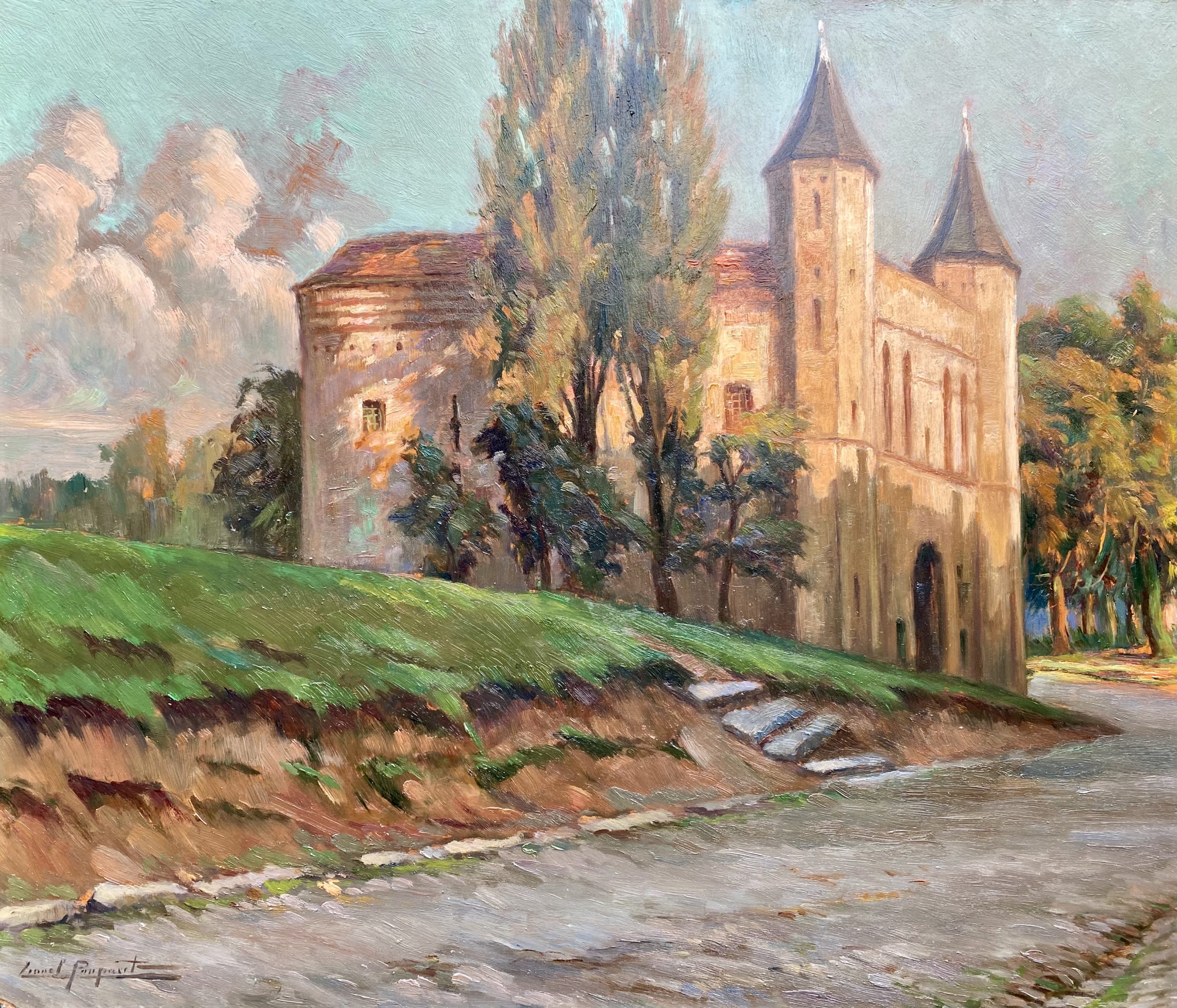