Keller Adolphe was born on June 21 in 1880 in Brussels. He was a post-Impressionist painter of genre scenes and flower still lifes, but with a preference for landscapes.  He was also draughtsman, watercolourist and pastelist.

He studied at the Academies of Fine Arts in Brussels and Sint-Joost-Ten-Node with master teachers P. Braeke and H. Ottevaere.

In 1910 he took part in the great Brussels Exhibition.

He often paints around the Red Cloister (Auderghem) on the edge of the Sonian Forest, where he settled in 1934. He also painted in the South of France, in Saint-Tropez.

Keller was a chairman of the Alfred Bastien circle (Auderghem) and worked in the Museum in Ixelles. He was a friend of Paul Delvaux (1897 – 1994).

Keller Adolphe painted with impressionistic colour palette, realistic and sensitive design, powerful brushstroke and a rich paint use put down on the canvas.

He died on January 10 in 1968 in his hometown. Today, his work can be found in private and public collections, including in the Ixelles (Brussels) Museum. 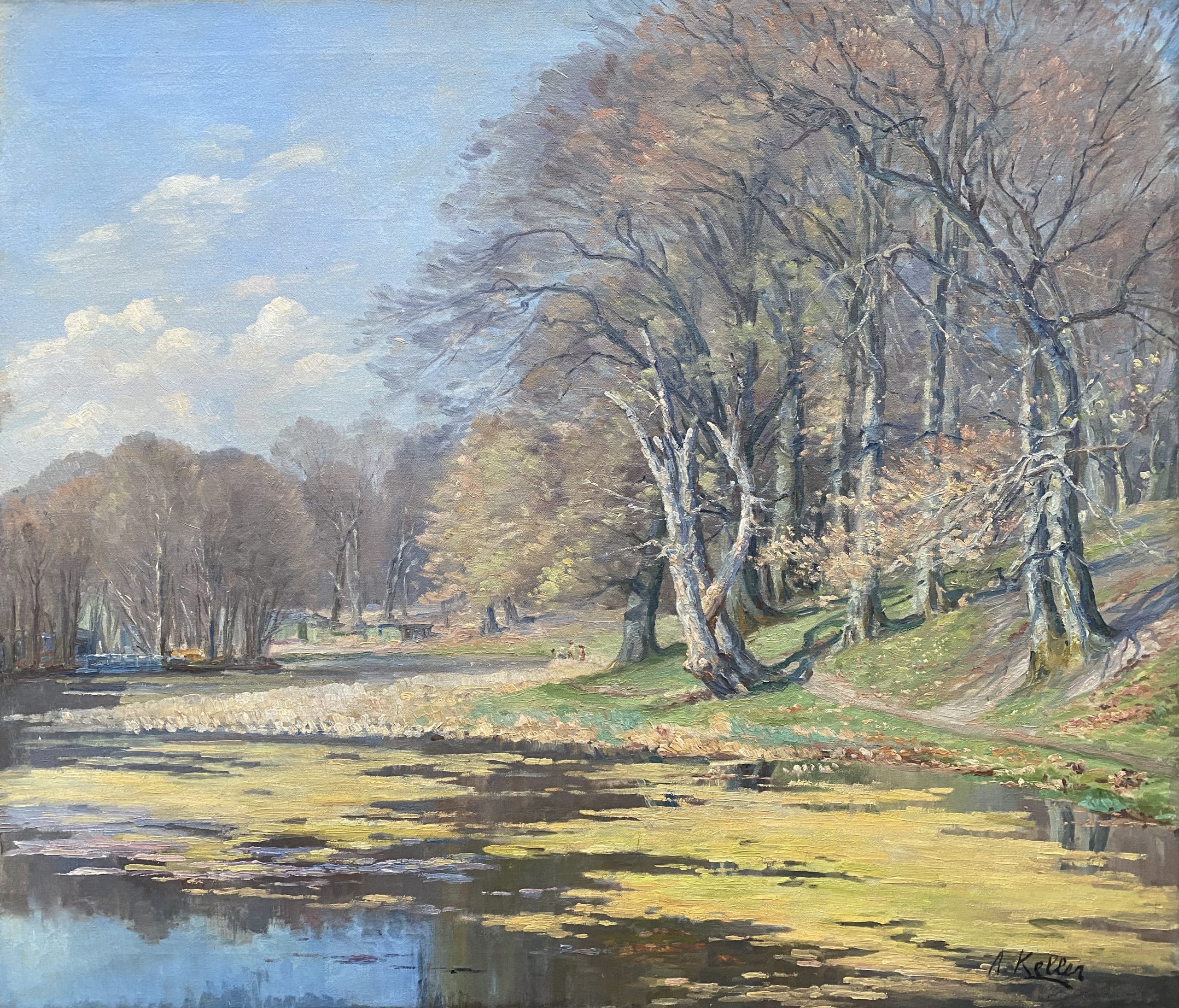