The Greek Temples of Paestrum

The Greek Temples of Paestrum

Girard Paul Albert was born on December 13, 1839 in Paris. He was the son of  painter Pierre Girard. Paul Albert was a French painter of genre scenes, portraits, landscapes. He was also a watercolourist, painter of mural compositions and Orientalist painter of North African scenes.

He entered the Ecole des Beaux-Arts in Paris in 1857, where he studied under Jean Joseph Bellel, François Edouard Picot and Hippolyte Flandrin. His work was exhibited at the Salon Paris from 1859 to 1913, at the Salon Dijon from 1887 to 1910, and at the Salon des Peintres Orientalistes. He won the Prix de Rome in 1861 for the category paysage historique for his painting entitled “The Procession of Silenus”. Girard was made a Legion of Honour in 1895. His oil painting “Ritual Slaying of Cockerels” is in the collection of Birmingham Museum and Art Gallery.

For about twenty years, he painted portraits and landscapes, notably views of Normandy, the banks of the Loire and the Italian countryside. He made large orientalist paintings showing daily life in Kabylia and regions of Algeria.

The incredible temples of Paestum in southern Italy, they are the testimony of an ancient Greek city called Poseidonia, after the most important of their gods. The city was founded around 650 BC by Greeks colonists from Sybaris. Paestum is a UNESCO World Heritage Site, and the best-preserved Greek site in Italy. Despite its location just south of Salerno, near the Amalfi Coast, and not far from Pompeii, Paestum remains off the radar for many travelers. Poseidonia flourished, as is evident by the city walls, the massive temples, and the city's overall plan. While Magna Grecia began to grow and develop trade routes, the colonists came into conflict with the native Samnite and Lucani tribes. It seems from archeological evidence found here, though, that they reached a point of peaceful co-existence with the Lucanians. That changed in 273 BC when the Romans arrived. They changed the city's name to Paestum, but we know as little about Roman Paestum as we do about its Greek predecessor. Luckily, the Romans didn't raze the town; in fact, their admiration for these beautifully built temples contributed to the development of classical architecture on the Italian peninsula, influencing later Roman development and style. They added to Paestum, constructing a forum, an amphitheater, a temple of their own, and housing, the remnants of which can be seen today. In 79 BC, the eruption of Vesuvius partially destroyed Paestum. 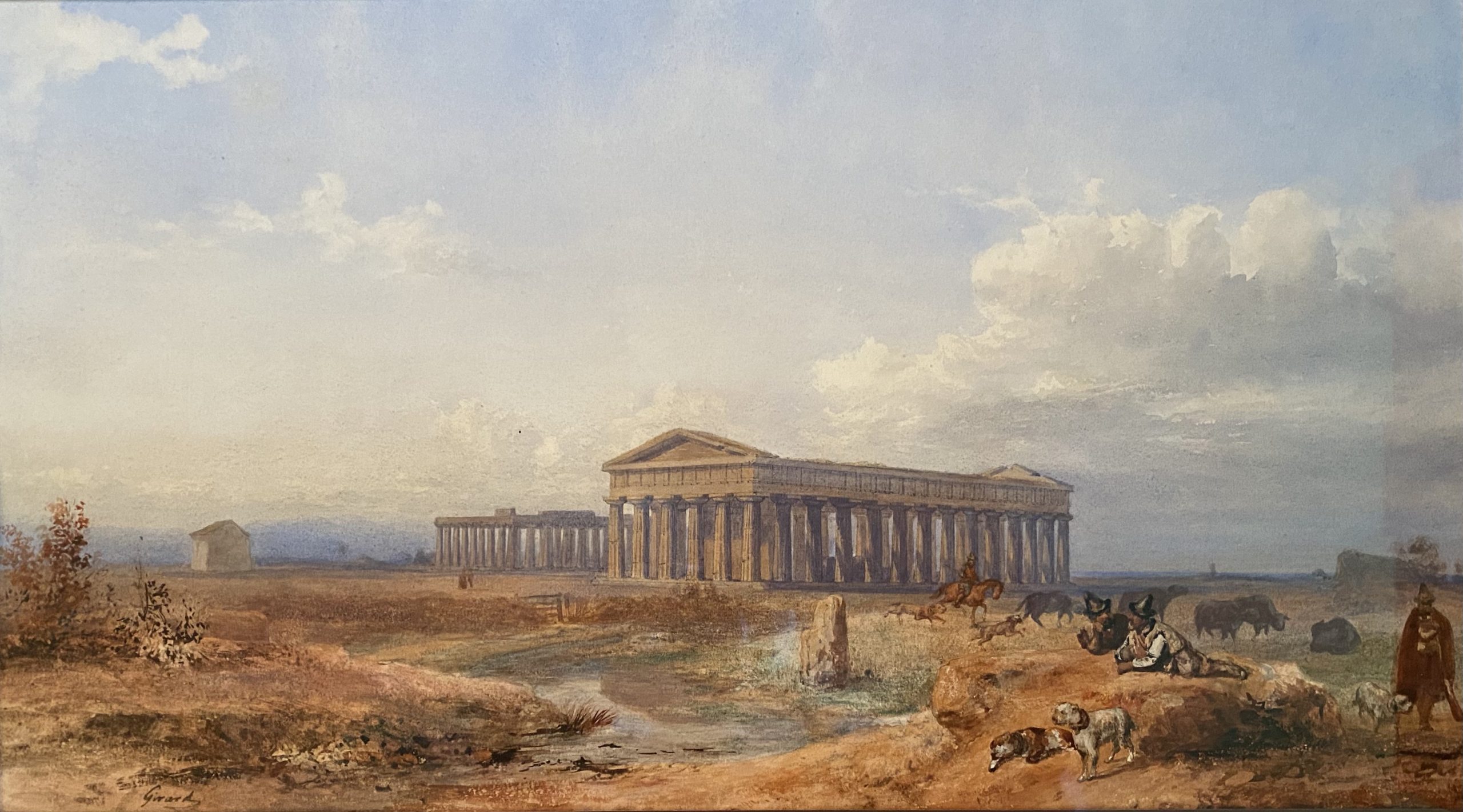