Van Zevenberghen Georges was born in 1877 in Brussels ( Sint-Jans-Molenbeek), Belgium. He was an intimistic, realistic and post-impressionist painter of portraits, figures, nudes, genre scenes, interiors, landscapes and still lifes. He was also watercolourist.

Van Zevenberghen resides in Paris for the first time in 1903 and exhibits in Brussels at the Triennial Salon, made a lasting friendship with G. Charlier in 1909, travels through France in 1926 with friends-artists (V. De Saedeleer, A. Oleffe, Ph. Cockx, H. Thomas and R. Janssens), got price Emile Sacré in 1932. He was a member of the Groups “Labeur” and “Pour L’Art”, also member of the “Belgian Royal Academy” (1946).

Van Zevenberghen died in 1968 in his hometown. His paintings can be found in private and public collections, including museums in Antwerp, Brussels, Mons, the Charlier-Museum in Sint-Joost-ten-Node, Riga, Latvia and Barcelona, Spain.

The painting “Judgment of Paris” tells a story from Greek mythology, which was one of the events that led up to the Trojan War and in later versions of the story to the foundation of Rome. The subject became popular in art from the late Middle Ages onwards and was painted by Raphael, Lucas Cranach the Elder, Rubens, Watteau, Angelica Kauffman, Renoir and Cézanne, André Lhote, Salvador Dalí and many others. Eris, the goddess of discord, was not invited to the wedding of Peleus and Thetis. In revenge, Eris brought a golden apple, inscribed, "To the fairest one," which she threw into the wedding. Three goddesses, Hera, Athena and Aphrodite, agreed to have Paris of Troy choose the fairest one. Paris chose Aphrodite, because she bribed him by giving him the most beautiful woman in the world, Helen of Sparta, wife of Menelaus. Paris carried Helen off to Troy, and the Greeks invaded Troy for Helen's return. This was the cause of the Trojan war. Figuratively, the phrase, "The Judgment of Paris," can mean the ultimate origin of a war or other event. 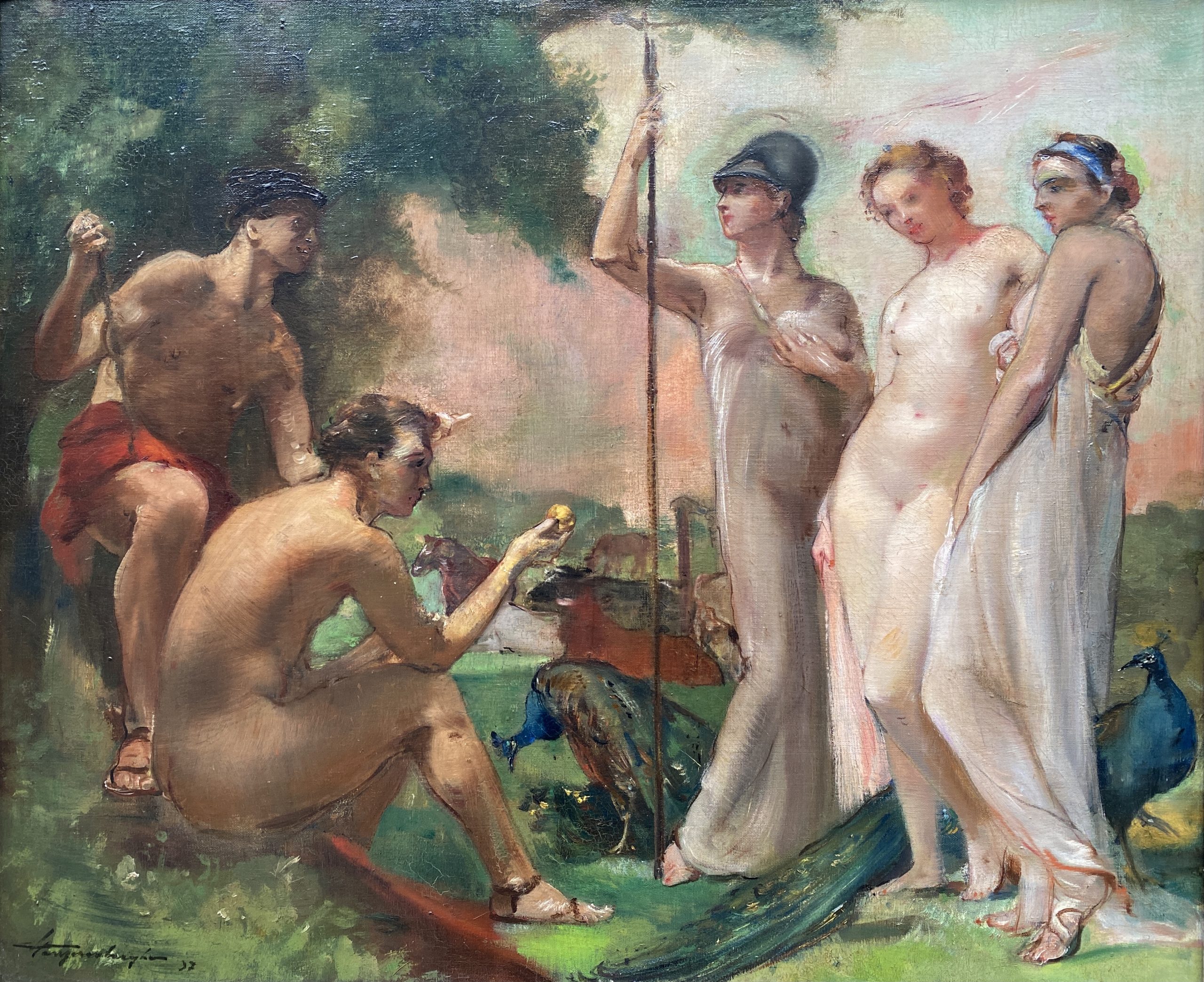