A Pond in the Park – Chateau of Val-Duchesse

A Pond in the Park – Chateau of Val-Duchesse

Degreef Jean-Baptiste was born on 15 December 1852 in Brussels. He was a Belgian realist painter of landscapes, harbours, portraits, still lifes and animals. His art was influenced by impressionism. He focuses on the subtle and fleeting aspects of light. His touch was pure and spontaneous.

Degreef started as a painter-decorator. He attended classes at the workshop L’Effort, studied at the Brussels Academy of Fine Art, with master teachers and artists van Severdonck Joseph (1819 – 1905) and Lauters Paul (1806 – 1875). He was a friend of Belgian Impressionist Vogels Guillaume (1836 – 1896).

Jean-Baptiste Degreef painted the landscapes of Auderghem. Thanks to his paintings the image of the Brussels commune of that time was preserved for posterity. He spent some time in the Netherlands, on the banks of the Scheldt and the Meuse.

He discovered in 1870’s the Rouge-Cloître, in the company of his elder brother, founder of the Tervueren School. In 1883 he settled there and spent the last eleven years of his life.

His talent was highly prized at the time and did not allow him to provide adequately for his family. The strength of his temperament and the sensitivity of his paintings influenced young artists such as Alfred Bastien (1873 – 1955) and Joseph François (1875 – 1950).

Degreef took advantage to create Belgian native impressionism. He died on 19 December 1894 in Auderghem, Brussels. Today, his paintings can be found in private and public collections in Museums of Antwerp, Brussels, Ghent, Ostend (MBA), Sint-Joost-ten-Noode (Charlier Museum) and Tervuren (Museum of the Tervueren School). In Auderghem is a square named after him.

Val Duchesse Castle (Dutch: Kasteel Hertoginnedal) is located in the municipality of Auderghem, in the south of Brussels (Belgium), on the edge of the Soignes Forest. The Val Duchesse castle is set in a 27-hectare green area of the Val Duchesse estate. The entire site belongs to the Royal Donation and is rented by the Régie des bâtiments for the Prime Minister's Chancellery. 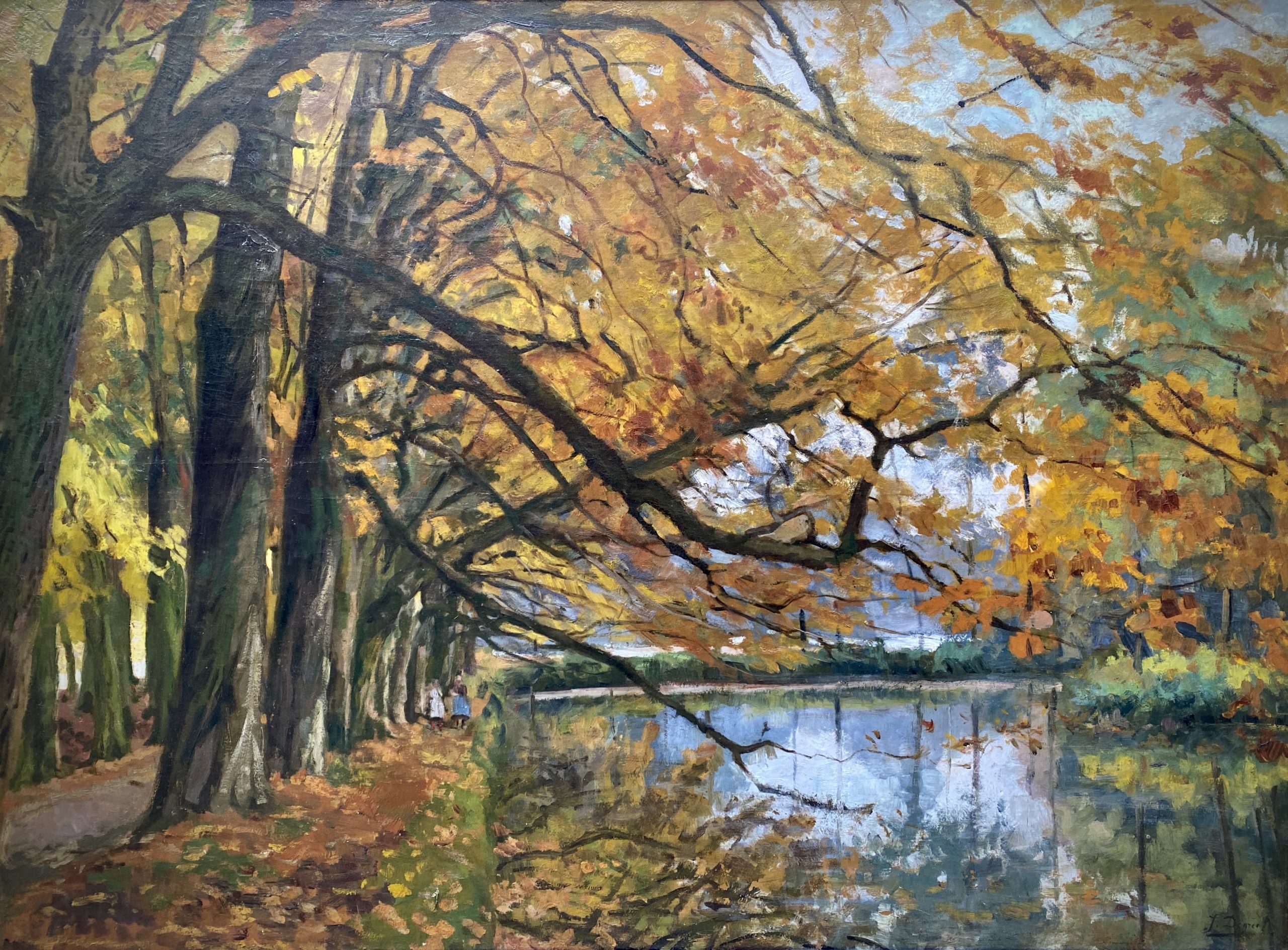