Coppens Omer was born in Dunkirk, France, in 1864, of Belgian parents. He was a Belgian Impressionist and Orientalist, influenced by Art Nouveau. Painter of genre scenes, seascapes, landscapes and town views. He was also a water colourist, lithographs, etchings, and ceramic artist.

Coppens studied at the Royal Academy of Fine Arts at Ghent and worked in the south of France, Italy, and Morocco, painting genre scenes, seascapes, and landscapes.

Exploring the true use of light, the realist brushstrokes of Coppens’s early work developed into a more autochthonous Impressionism, under the influence of the work of his friend Théo van Rysselberghe, who painted at least one portrait of Coppens in oils.

Omer Coppens is, above all, the interpreter of picturesque sites and countrysides in the Flanders, which he expresses with emotional and sincerity. Some Bruges views are among his best works. The artist excels in evocation of picturesque corners of the town at times when they flatter his predilection by certain metallic tones do not exempt from hardness.

Coppens became the secretary of a group called Pour l’Art and was also a member of l’Essor and the Cercle artistique et littéraire de Bruxelles.

In 1898, The Magazine of Art noted that “Coppens loves and depicts moonlit scenes, where the whiteness of the houses is tempered with a greenish blue.”

Coppens took part in the Brussels Universal Exhibition of 1910.

Coppens died in 1926 in Ixelles, Belgium. In an obituary, The Connoisseur called him “the earnest interpreter of the urban scene” and reported that he had been one of the best-known members of Pour l’Art.

Brussels Museum possesses his “Vespers”, on trust to Nieuwpoort Town Hall “Autumn Morning in Bruges”, Bruges Museum has his paintings in their collection.

In 2001, the Rouge-Cloître Art Centre in Brussels mounted an exhibition entitled “Omer Coppens or the Dream of Art Nouveau”, in collaboration with the Free University of Brussels, the Royal Museums of Art and History, the Horta Museum, and the International Centre for the Study of the 19th century. 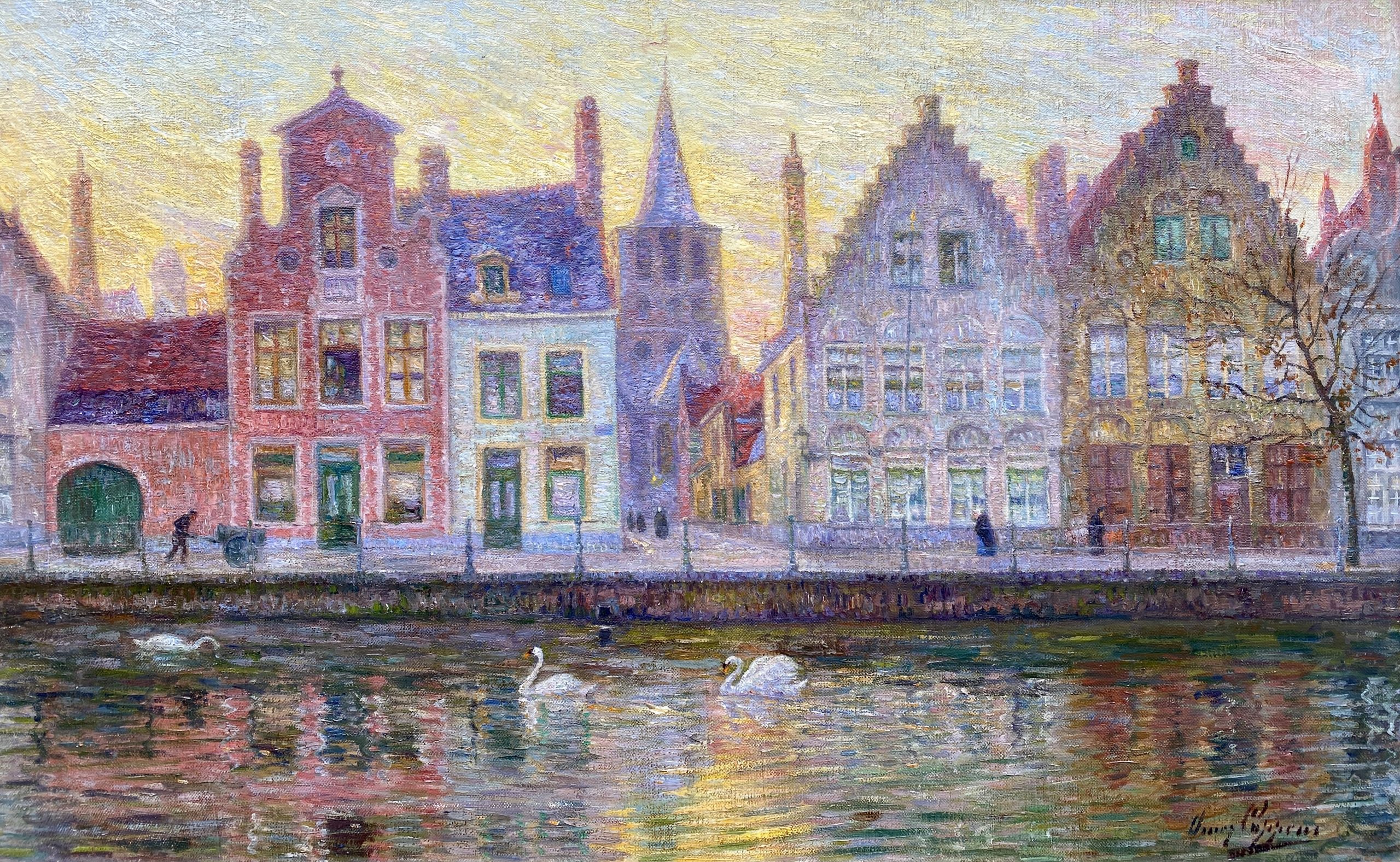