He was a painter of  historical scenes, portraits, female figures and characters. He was also draughtsman, etcher Belgian art critic and writer. He studied at the Brussels Academy of Fine Art under the guidance of master teacher and Belgian painter Joseph Stallaert (1895-1901). He went to Paris to perfect his skills where he worked under French painters Alexander Cabanel and Léon Bonnat. He was influenced by Paul Flaubert, Symbolism and Orientalism.

Baes debuted in academic style most likely under influence of his master teachers, but would later find his true mastery and achieves success as a fashionable Impressionist painter of female figures and nudes.

He died in Paris on 1953. Today his paintings can be found in private and public collections including the Brussels Museum of Fine Art. 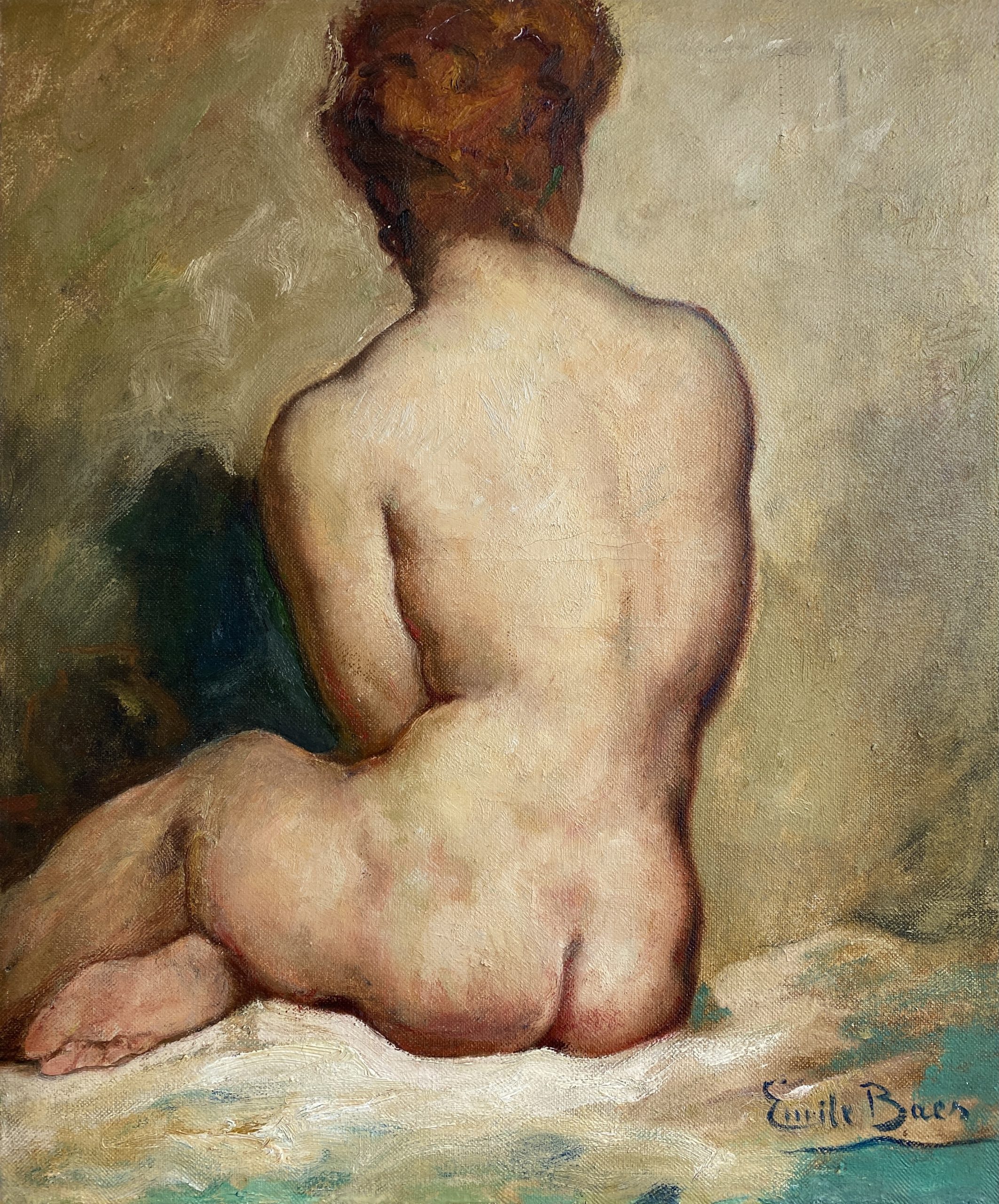