Jan Josef the Yonger was an 18th century Flemish painter. He is mainly known for his genre scenes but also painted harbor views, equestrian paintings, portraits and still life’s.

Most typical are his interior scenes but he also painted a number of scenes of vendors selling their wares. The sharply delineated figures are characteristically for his works.

Jan Josef Horemans became a master of the Guild of St Luke in Antwerp. He was also a member of the Antwerp Academy.

In 1788 he was the co-founder of a society of artists known as the Society for the encouragement of the fine arts, known under its short form the ‘Art Society’. The society’s goal was to provide opportunities for the promotion and appreciation of the artworks of its various members in an informal setting. The first exhibition of the society was held in Antwerp in 1789. Horemans resigned as a member in 1791. He was the teacher of Johan Herman Faber.

His genre scenes are regarded as promoting bourgeois virtues, continuing in the steps of his father. He recreated the atmosphere of his time in a multitude of small paintings that are pleasantly animated and have an old-fashioned atmosphere.

Jan Josef’s the Younger lighter palette earned him the nickname ‘Le Clair’. He signed in the same way as his father, but his style was more distinguished and refined.

Today, his paintings can be found in private and public collection. Works such as the “Musical Company”, “The Interior with Figures” both are in Amsterdam, Rijksmuseum, “The Minuet” in Geneva, Museum. 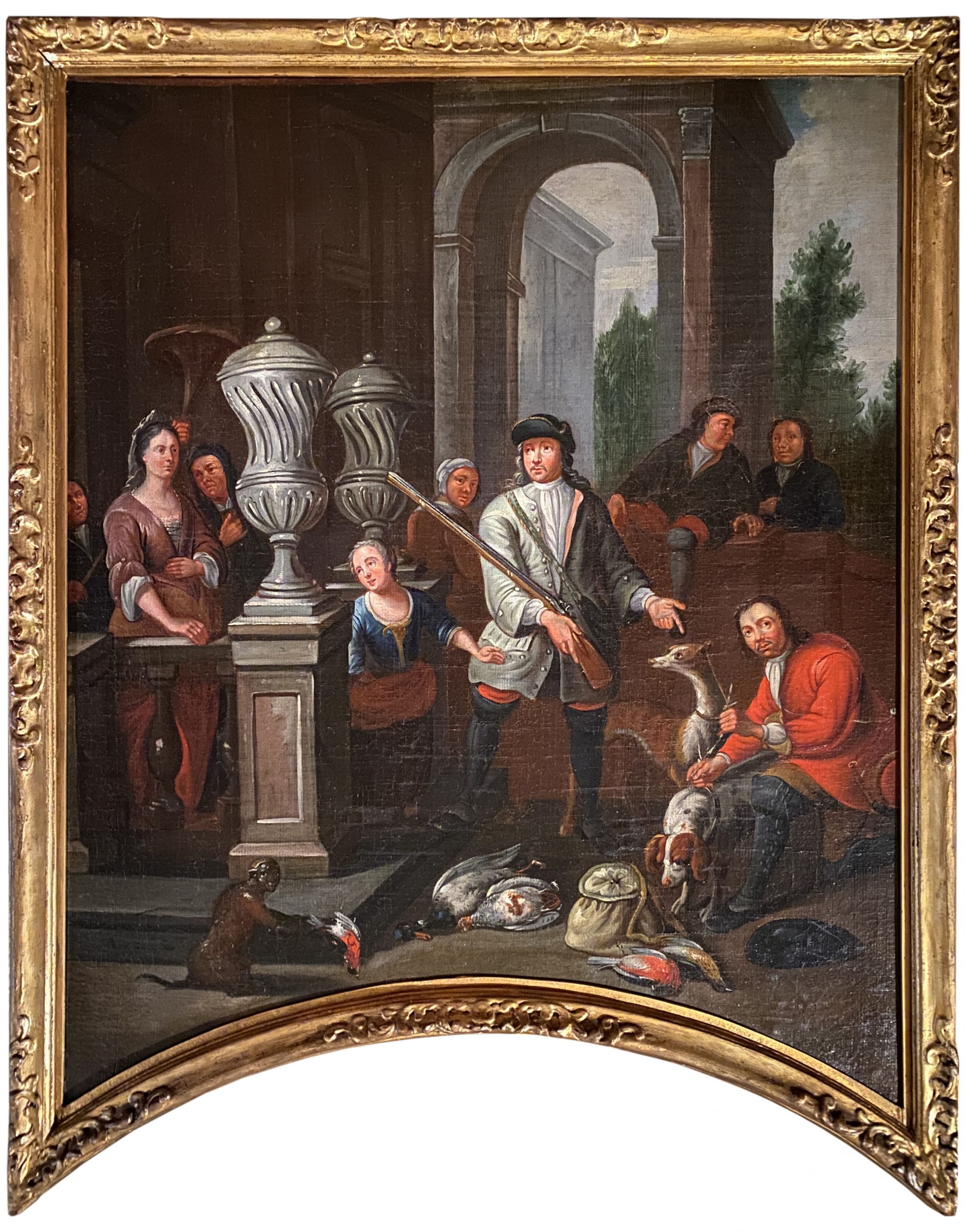