A Landscape with Travellers and Peasants on a Track

A Landscape with Travellers and Peasants on a Track

Michau Theobald (Micho) was born in 1676 in Tournai, Belgium.

He was a painter of village scenes, river landscapes, woodland scenes and interiors and the last works in the traditional spirit which had been initiated a century and a half before. Also he was a teacher, among his pupils was Martin Geeraerts.

Michau studied with master teacher and artist Lucas Achtschellinck in Brussels at the age of 9. He was admitted as a master to the Brussels Guild in 1698. In 1710, he became a member of the Artists Guild of St. Luke in Antwerp, where he remained until his death.

Michau’s work spanned more than sixty years, resulting in a large body of work. His works were appreciated by prominent figures and collectors. The commercial success of landscapes with views of villages and riverbanks, inspired by the works of Jan Bruegel the Younger, country scenes indoor and outdoor, closer to the work of David Teniers II continued much longer than those who created it. Michau was bringing to his own originality and not working as a copyist. You can experience his original compositions that his touch is lighter than his predecessors and his colours are softer looking like the pastels which were fashionable in France at that time and melting into delicate shades.

He painted also more original landscapes in which the artist breaks free from the influence of his predecessors and creates more luminous pictures, in which his brushwork is more fluent, according to the work of his 18th century contemporaries. He marked the end of a type of landscape painting that had been introduced by Velvet Bruegel, then reinterpreted by Gijsels and Bruegel the Younger, through the 17th century.

He died on October 27, 1765 in Antwerp. Today his works can be found worldwide, in important private and public collections including the Museum in Antwerp, Bergamo, Breme, Brussels, Budapest, Caen, Dresden, Madrid, Rotterdam, Nantes, Tournai and Vienna. 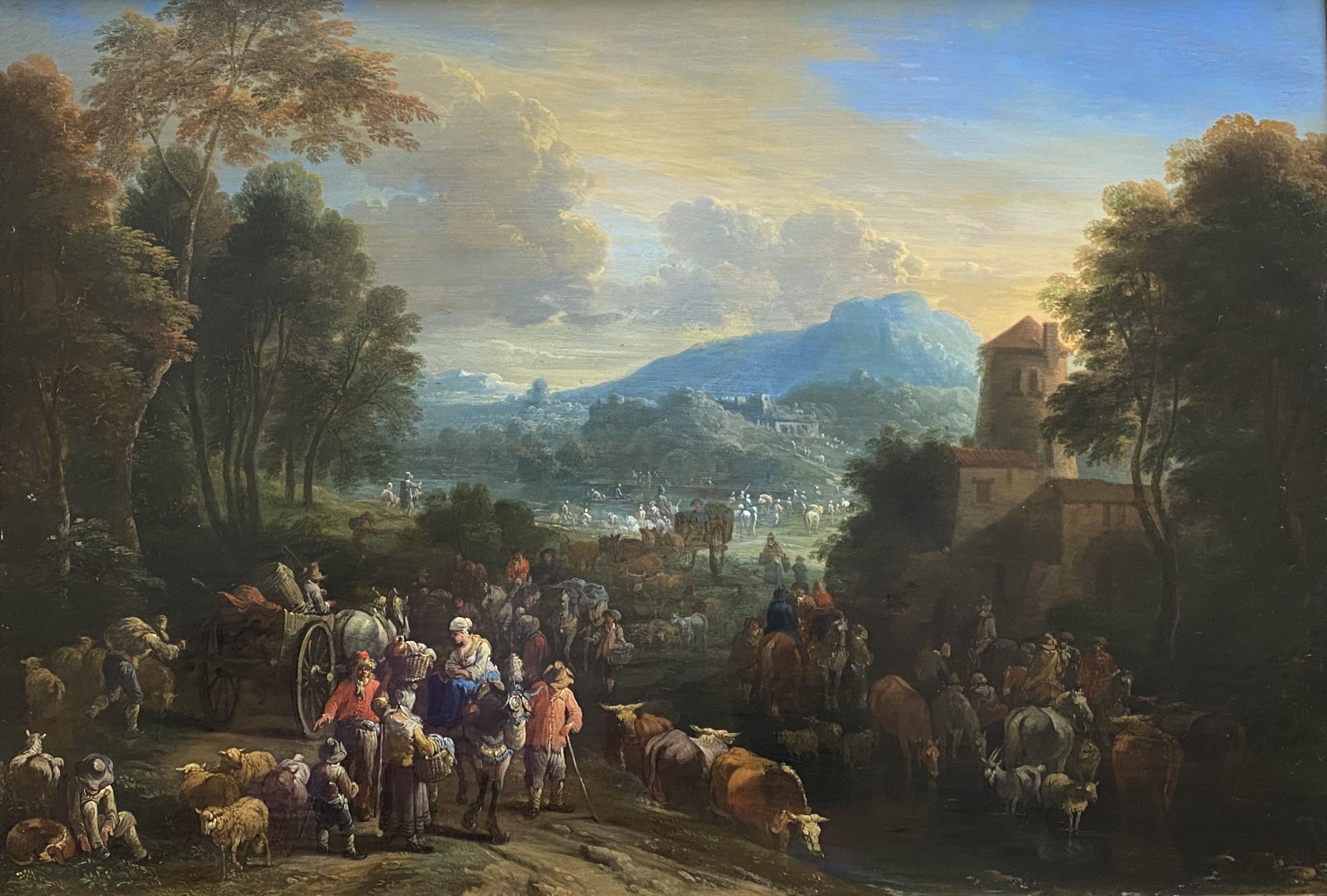