Traveller in a Duch Village

Traveller in a Duch Village

Meerhoud Jan (Meerhout) was born probably in 1630 or 1633 in Gorinchem (Gorkum), The Netherlands.

He was a Dutch, 17th Century Golden Age painter of landscapes, mountain landscapes and maritime. Meerhoud was known for his cityscapes. Details of his life are unknown.

According to the RKD, his date of birth is uncertain. For certain, he was married in 1650, worked in Utrecht, Heusden Dordrecht and Gorinchem. He worked also in Amsterdam from 1630 – 1650. At the time he lived there, were several families of that same name registered in Amsterdam.

The painter died on March 27, 1677. Johannes Meerhout living on the Nieuwezyds Voorburgwal was buried in the new church of this town, unfortunatly there is no proof that this was the painter we are mentioning, because those works are sometimes very reminiscent of Jan van Goyen’s early work. The Municipal Museum in Frankfurt has an engraving of him. He probably died in 1676,1967 or in 1977.

Today, his works can be found in private collections such us collection of Semenov, St. Petersburg, Russia and in public collections, including at the Amsterdam Rijksmuseum, Dordrecht Museum, The Hague Museum Bredius, Loevestein Slot, Utrecht Central Museum (The Netherlands), Bagneres-de-Bigorre, Abbeville (France), Frankfurt Städel Museum and Dessau (Germany). 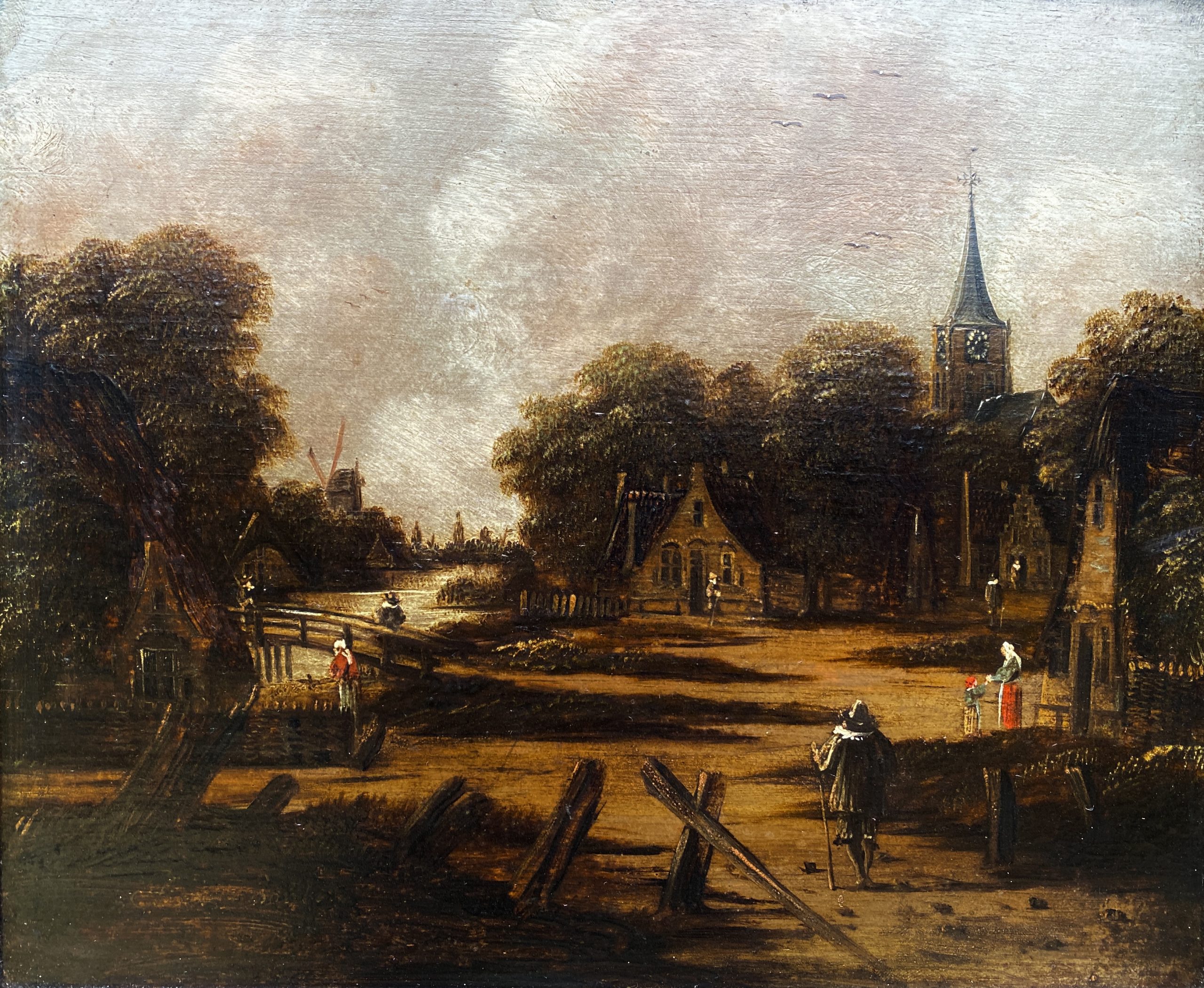