Simonau (Simoneau) Gustave was born on June 10, 1810 in Bruges, Belgium. He was a nephew of François Simonau, painter of portraits, figures and genre scenes. His father was a lithographer in London. He spent a part of his youth in London (1819-1828).

He was a painter and watercolourist of architecture, monuments, landscapes, cityscapes, portraits and genre scenes. He was also lithographer, etcher and illustrator.

In 1828 together with his father he established in Brussels an atelier of lithography.

He learned the lithography technique from his father and studied at the Academy of Fine Arts in Antwerp. He practised lithography and devoted himself mainly to the publication of architectural drawings such as, ‘Recueil des principaux monuments gothiques de l’Europe’, 1840, ‘Portraits des peintres les plus célèbres’, Leuven 1883 and ‘Vues et Monuments d’Audenaerde’, Oudenaarde 1839. He keeps painting and dedicates himself mainly to urban sights and topographical subjects.

Simonau travelled extensively in France, England, Germany and Italy, bringing back drawings and a large number of watercolours from his travels. These were highly appreciated at the Brussels Salon each time he exhibited there and awarded a vermeil medal in 1842 and a gold medal in 1863. All the works of Simonau have a very individual artistic character.

From 1859 to 1870 he exhibited in London at New Water Colours Society and became an honorary member of the British Institute of Watercolourists. He was also one of the founding members of the ‘Société Royale Belge des Aquarellistes’, 1855 and a member of ‘Cercle Artistique et Littéraire’. In 1861 he exhibits at the Salon of Antwerp.

He died on July 10, 1870 in Brussels. Today his works can be found in private and public collections, including museums in Brussels, Ixelles and Antwerp. 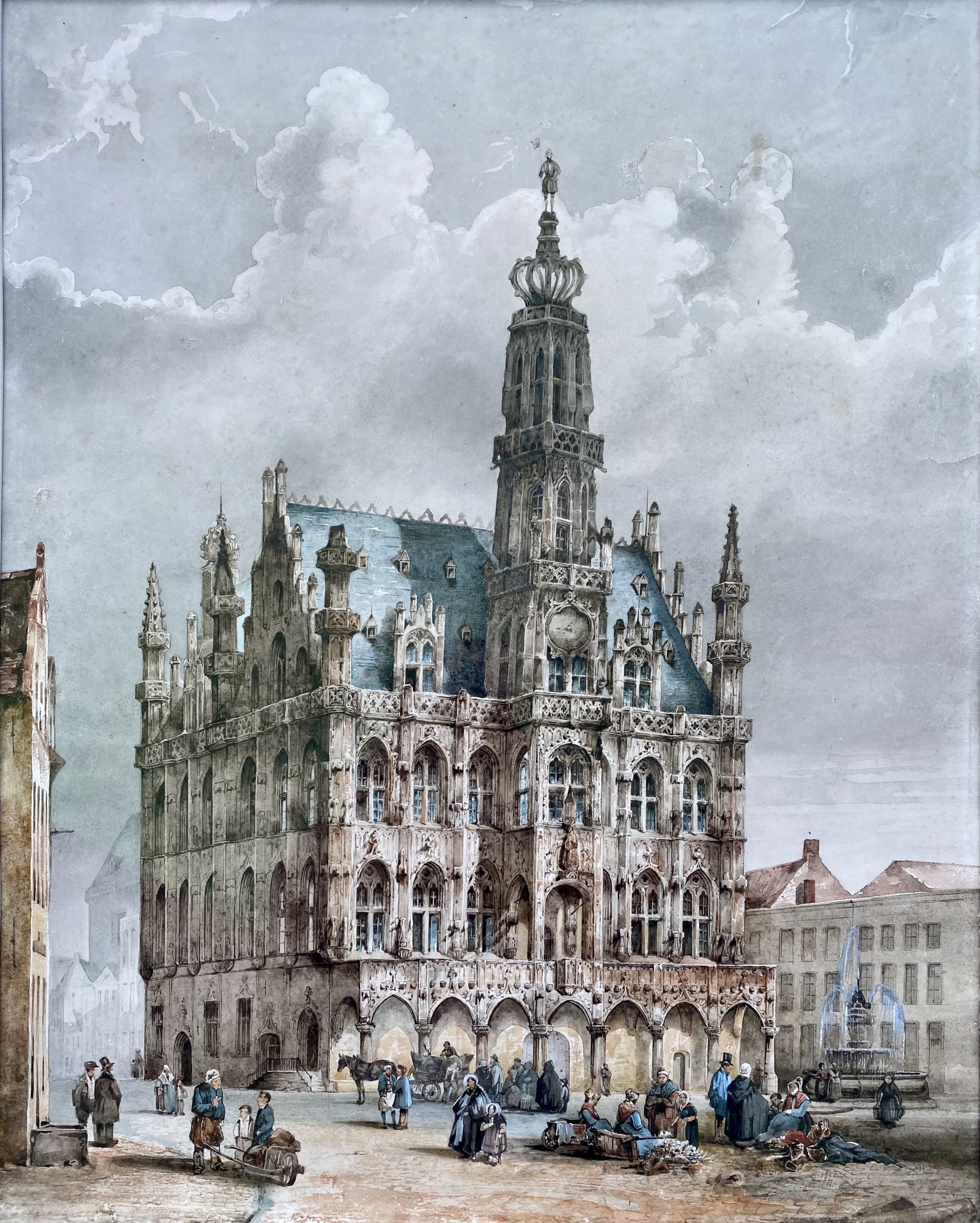