Grison Francois Adolphe was born in 1845 in Bordeaux, France. He was a French painter of history and genre scenes, interiors, animated landscapes and still life subjects. He was also an aquarellist.

Grison studied with master teacher and artist Lequien Justin in Paris. In 1868 he settled in Geneva, Switzerland. From 1873 he exhibited in Paris at the Salon des Artistes Français and in 1883 he became a member of the Societaire des Artiste Francais. He received an honourable mention in 1885 and medalled in 1890.

He died in 1914 in Geneva. Today, his paintings can be found in private and public collections, including at the Mulhouse Museum, Strasbourg Museum and Metropolitan Museum in New York. 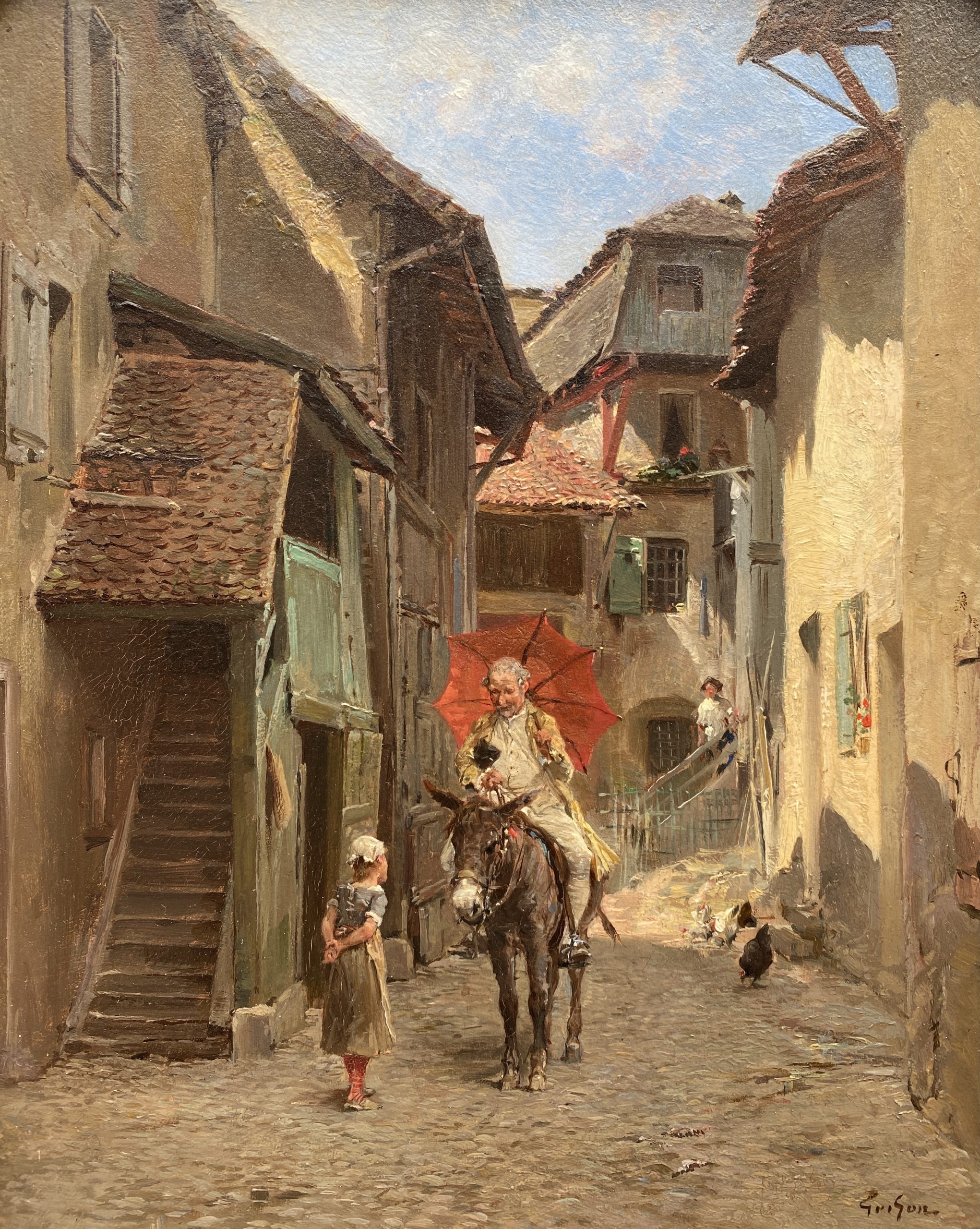