Gilsoul Victor was born in Brussels on September 10, in 1867.

He was a Belgian impressionist painter of landscapes, marines, harbour scenes, architectures, interiors, city and canal views, portraits and figures. He was also a watercolourist.

Gilsoul  was member of the group ‘Voorwaerts’ in 1891. He was awarded a silver medal at the Paris World Fair in 1900. In the same year, King Leopold II commissioned several compositions for his yacht “Alberta” and knighted him to the Order of King of the Belgians.

The painter stayed from 1911 in Paris, where he often painted the Versailles region, also worked and lived  for some time in Brittany. He had several exhibitions in France.

He was a teacher at the Antwerp Higher Institute of Fine Arts (1924-1930) and a member and honorary member of La Gravure Originale Belge (1928).

Gilsoul painted at the Belgian coast, in Brabant (the Netherlands). In Belgium, he painted chiefly landscapes around Bruges, Ieper, Diksmuide, Nieuwpoort, as he was attracted by the mirroring waters of the North Sea, the many canals in that region and the warm, glowing colours. He also liked nocturnal faces by moonlight. He influenced a large number of painters, such as Charles Lebon (1906 – 1957).

Before 1900, his palette was dark and heavy, but under the influence of open-air painting, it became progressively brighter. His gloomy palette slowly matured around 1900. About this time, his art changed from being sombre to luminous and its colour became  more distinguished.

In Brussels Museum: “November Evening in Dordrecht” and “Becalmed in the Channel”. There is a quite a big oil painting of “Stormy Weather in Nieuwpoort” in Antwerp Museum. In Bruges Museum: “Farriers Gate, Bruges” (1905). In Brussels Town Hall: “The Three Fountains Canal”.

“No doubt V. Gilsoul is, in general, too exclusively a painter to add his soul to nature”, remarked Sander Pierron in 1904. “He is a lyricist, not an elegist”. 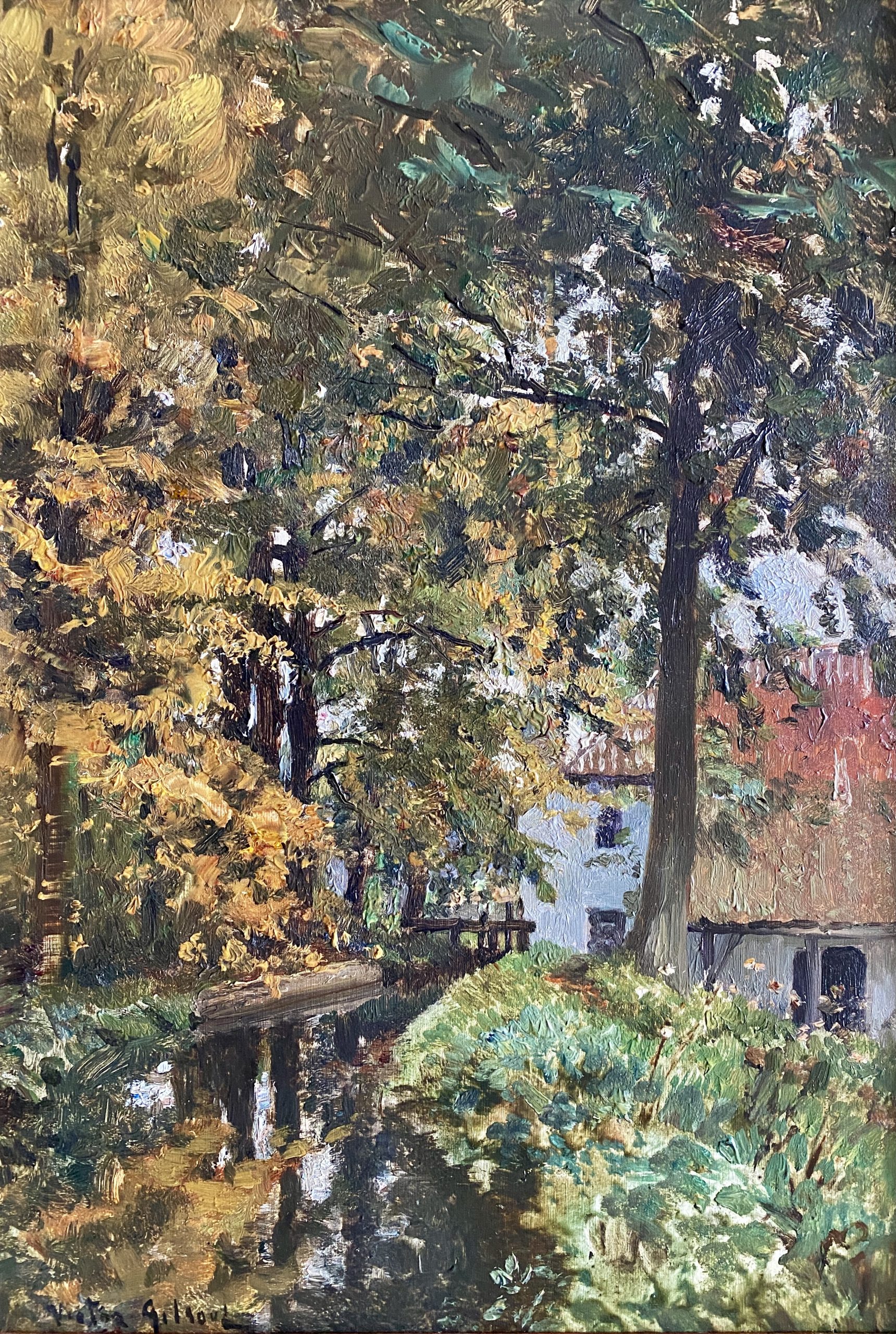