Charles Van Den Eycken (alias Charles Duchene) was born in Brussels in 1859. He was an animal painter, mainly dogs and cats and interiors.

He was the son of Charles Van Den Eycken, Sr. who was his teacher. He was also a pupil of another master, Jos Stevens at the Brussels Royal Academy. He also attended the Louvain Academy of Fine Art. Van Den Eycken started by painting interior scenes, but was influenced by Joseph Stevens and concentrated almost exclusively on the representation of animals.

From 1881 he exhibited regularly at the Salons of Brussels, Liege, Ghent, Antwerp, as well as in Holland, Spain and Germany. He painted several paintings for Queen Marie-Henriette of Belgium, most notably of dogs. Van den Eycken was a member of the famous group l’Essor. He obtained many medals. He received an honourable mention in 1895, a rare honour for a Belgian artist.

Today, his paintings are highly sought after and he is considered one of the finest painters of cats and dogs. His works can be found in important private and public collections worldwide, including the Museum of Antwerp, Brussels and Kortrijk. In Antwerp Museum there is an oil painting depicting “Cats” (1911). Van Den Eycken is listed in the prestigious book titled “Deux Siecles de Signatures des Artistes”. 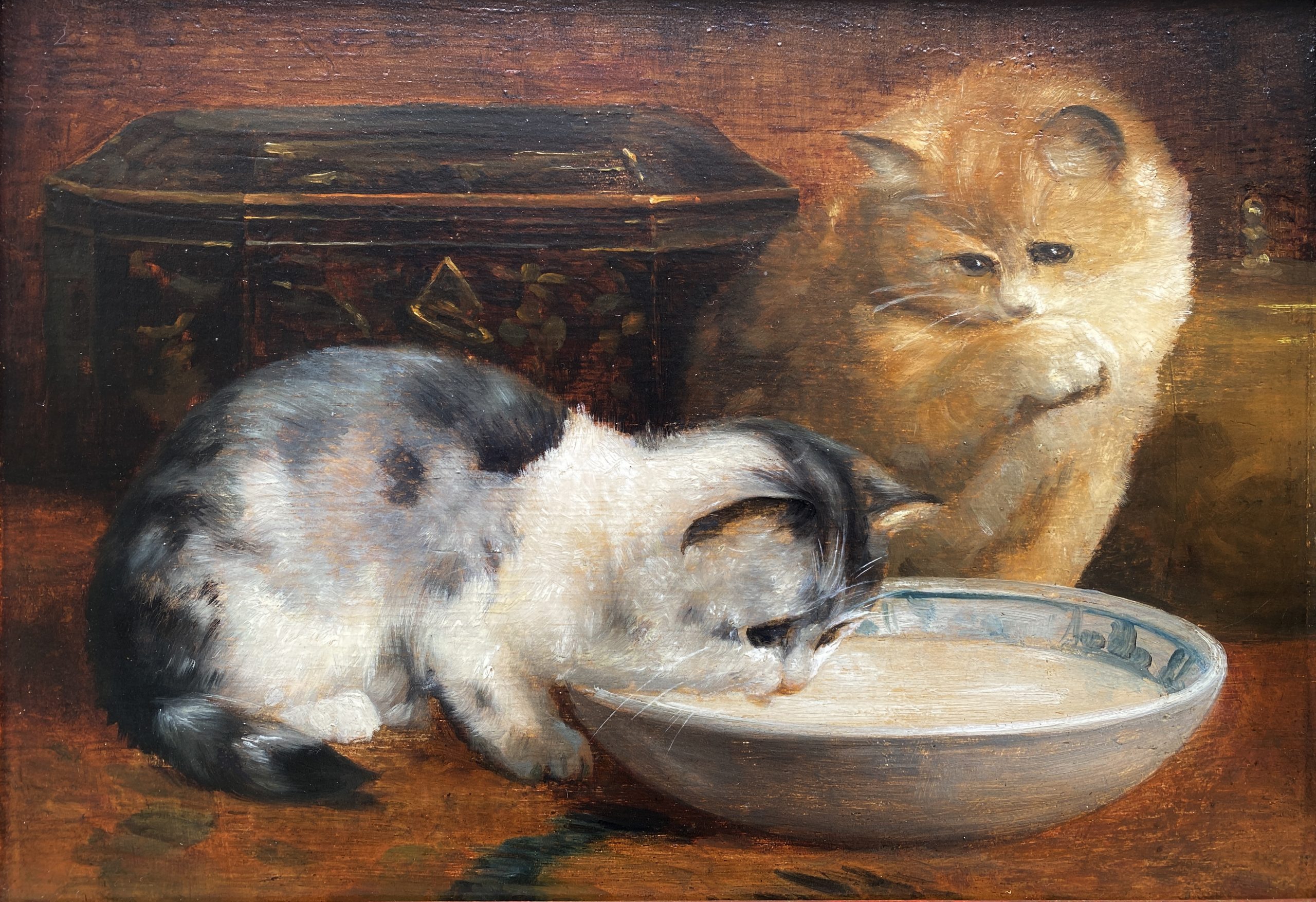