Weber Theodore Alexander was born in Leipzig, Germany in 1838. In his earlier career, he was a painter of still life and landscapes, however, later on, he devoted his work to marine subjects.

Weber was a student of Wilhelm Krause, master teacher and artist in Berlin, who he studied with in 1854. He then moved to Paris, France in 1856 and continued his studies with the famed Eugene Isabey. He also traveled painted in London and Brussels.

In 1886, he was named the official painter of “Le Marine et du Ministere des Colonies” by the French government.

Weber is best known for his marines of fishing ports of the English Channel and the Belgian Coast. He died in Paris in 1907.

The flag on the main mast represents the New York Yacht Club, BURGEE www.nyyc.org The New York Yacht Club (NYYC) is a private social club and yacht club based in New York City and Newport, Rhode Island. It was founded in 1844 by nine prominent sportsmen. The members have contributed to the sport of yachting and yacht design. As of 2001, the organization was reported to have about 3.000 members. 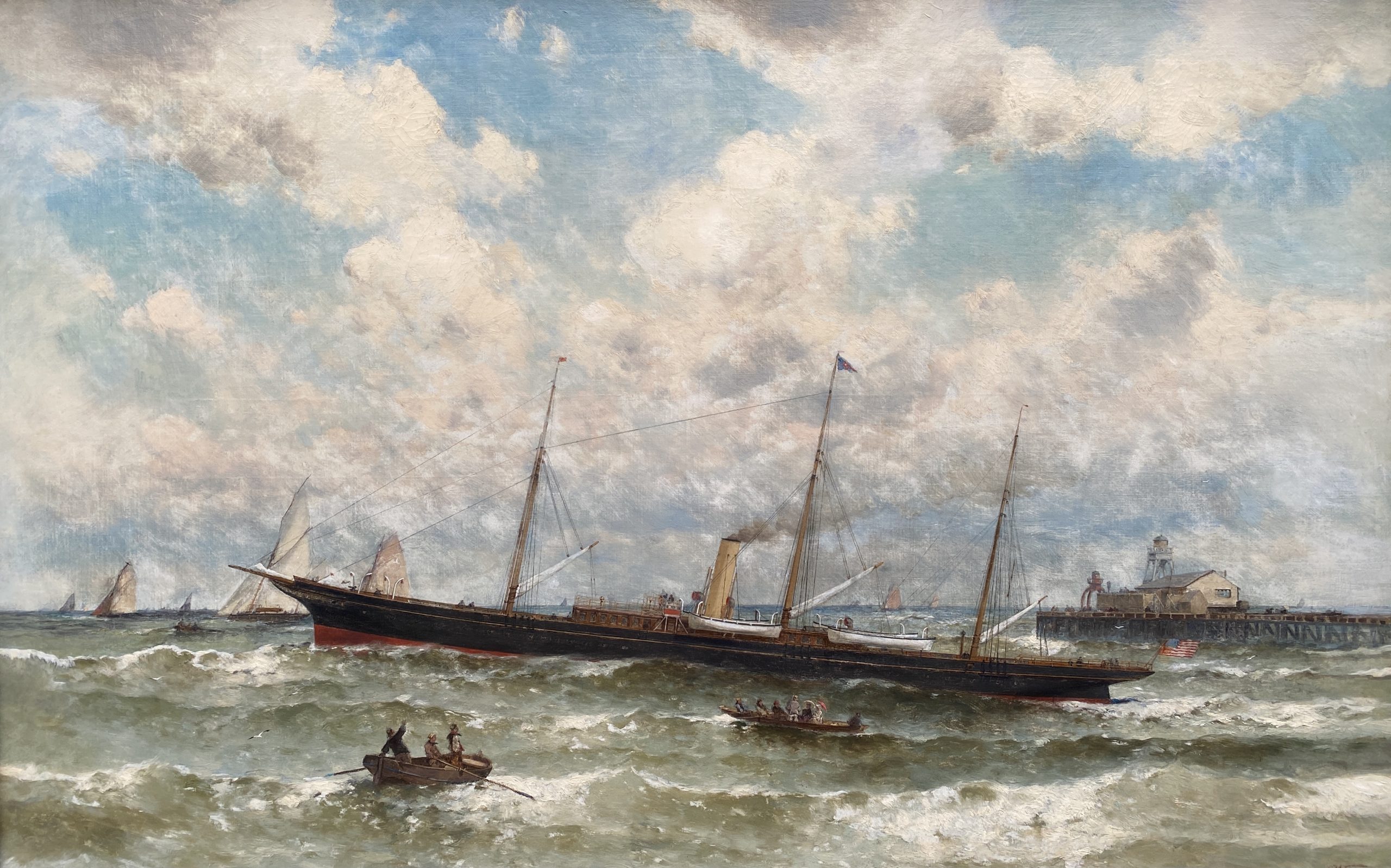