Van der Smissen Leo was born in Dendermonde on June 20, in 1900. He lived in Bruges, and he was a Belgian painter and one of important Bruges School artists. His brother Frans Van der Smissen (1894-1964) was a sculptor.

Leo was a painter of town views, sturdy of trees, landscapes, church interiors, still lifes, marines, interiors, portraits, and some nudes. He acts as a colourist, who practices sobriety. His preference, woodland scenes, a genre in which he has climbed to a solid refinement, particularly specific are the depiction of the tree trunks.

Initially strongly influenced by the style of Courtens and the Dendermonde School, under the guidance of painter Ferdinand Willaert he evolved towards to Luminism.

In 1930 Leo was married and had three daughters, two children died in early age. Leo van der Smissen died in Bruges on November 16, 1966.

He lived in poor conditions but worked and left behind an extensive oeuvre of powerful painted canvases. 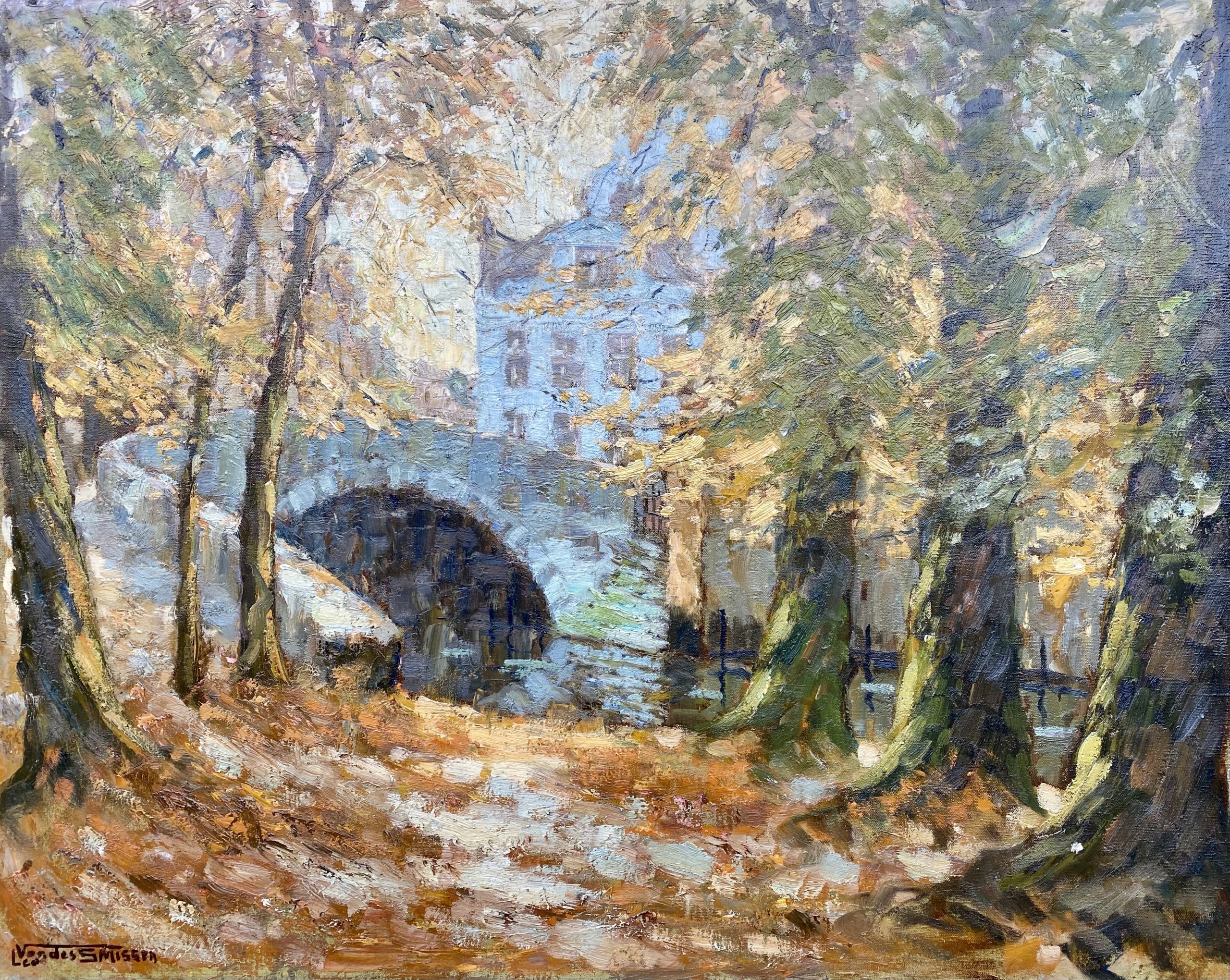