Jeremić Aleksandar Cibe was born on April 4, 1925 in Belgrade. He was a Serbian painter.

Jeremić studied at the Belgrade Academy of Fine Art with an accompaniment of master teachers Mladen Josić, Ivan Tabaković and Mark Čelebonović and graduated in 1949. He further traveled and painted in England, France, The Netherlands, Belgium, Italy, Germany and Russia. He worked in New York.

Jeremić was in his initial period a painter of poetic-realistic landscapes of castles and compositions inspired by architecture in a post-impressionistic manner.

Later he created the ‘Concerata’ series, in which the reverberations of music are transformed into visual structures on the verge of abstraction showing cubistic figures.

Jeremić’s creative work was predominantly inspired by the 1950’s. The Second World War had brought many important creatives to the city in exile from Europe, leading to a noteworthy pooling of talent and ideas. Influential Europeans that came to New York and provided inspiration for American artists and set the basis of much of the US significant cultural growth in the subsequent decades.

When his beautiful works of ‘Concerata’ do appear on the art market, they are highly sought after and considered to be of the highest quality. Jeremic was an artist of the Abstract Expressionist Generation who covered West and East European Art of that time.

Today, his paintings can be found in private and public collections.

He died in 2008 in his hometown Belgrade. 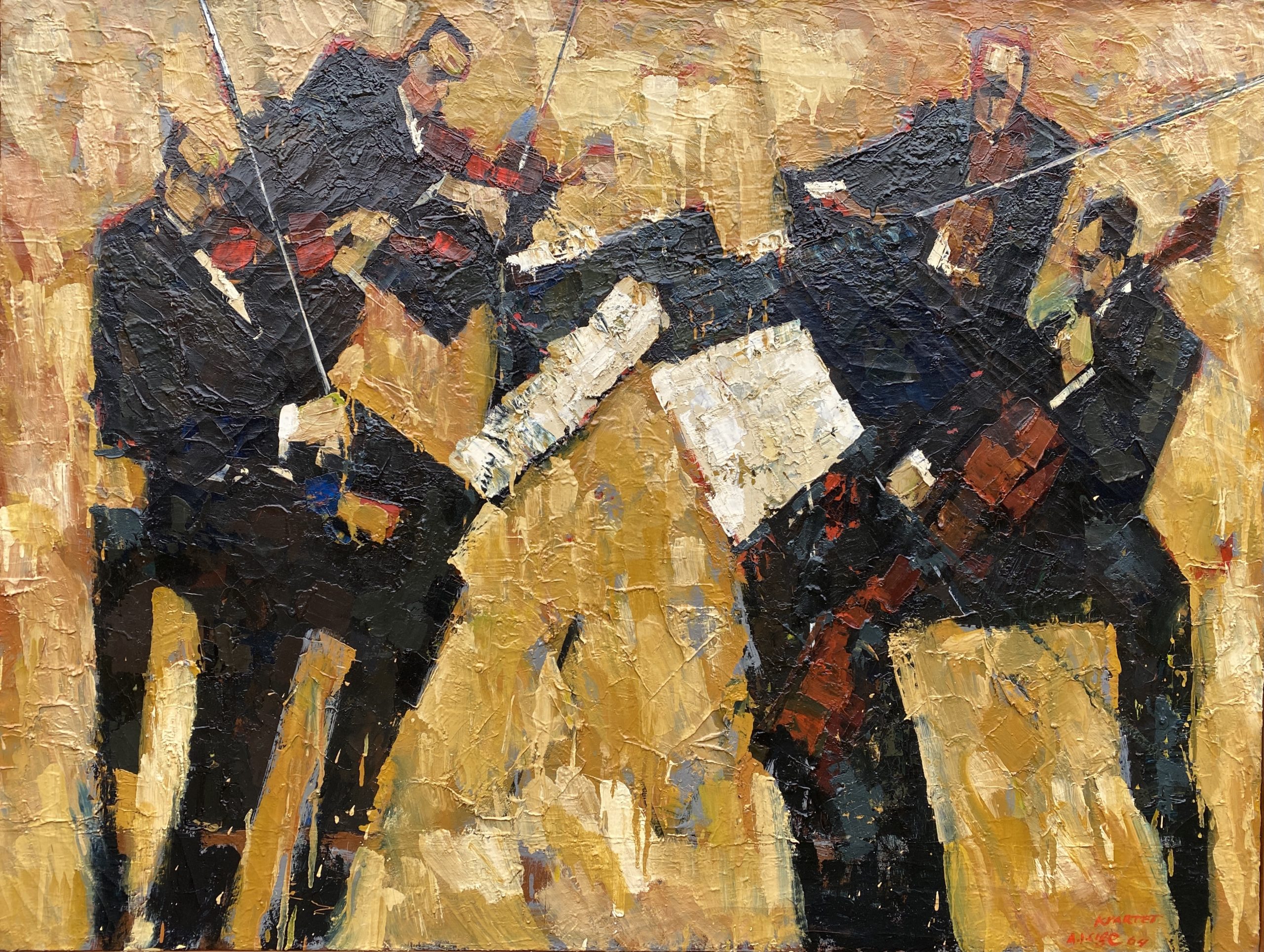