Croegaert Georges was a painter of genre scenes, figures, still life paintings, flowers and birds, noted for his miniatures with Church Royalty. Also illustrator and colourist of elegant women.

Croegaert was born in Antwerp in 1848. He studied at the Academy of Fine Arts of Antwerp.

In 1876, he settled in Paris where he stayed for a number of years. In Paris, he was influenced by the work of the famous J. Van Beers. He adopted a miniature style and created wonderful miniatures of the Church and often veritable masterpieces due to their clarity and his gift as a colorist. These made him universally known during his lifetime and after his death.

Croegaert is mentioned by Bénézit and Busse as belonging to the French School. He spent indeed the larger part of his life in Paris. Croegaert began to exhibit at the Paris Salon and the Salon of French Artists from 1882-1914. In 1888, he also exhibited at the prestigious Vienna Salon.

We would mention some of his creations: “In Confidence”, “The visit of the founder of the White Fathers”, “The Hidden Letter”, “Young Woman in a Harem”, “Too Hot”, “Musical Relaxation”, “The Bad Loser”.

He died in 1923. Today, his miniatures are prized, especially those of Church royalty. 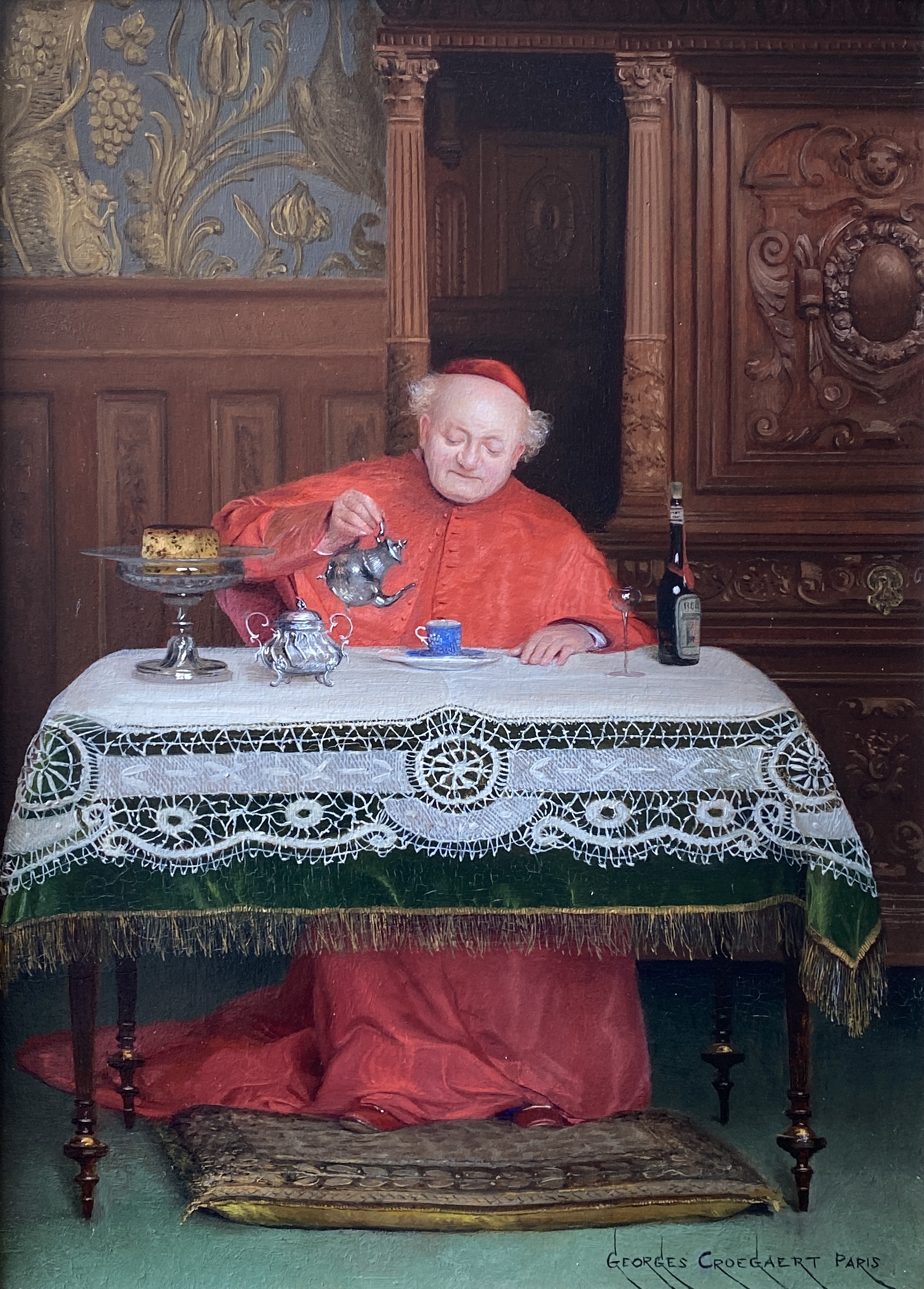