Still Life with Pear and Grapes

Still Life with Pear and Grapes

He was a painter of birds, genre-scenes, portraits, landscapes, compositions with figures and especially still lifes, often with poultry. He was also illustrator.

He studied at the Academies of Tournai and Antwerp. He was a pupil of Stallaert. He worked mainly in Antwerp and then lived in England.

He exhibited at the Salon of Namur in 1874. He also exhibited at the 35th Exhibition at the Casino in Ghent in 1892 following the centenary of the “Royal Society for the Encouragement of Fine Arts in Ghent”.

His paintings can be found in the National Museum in Warsaw and in the Fine Arts Museums of San Francisco.

Works quoted: “The Broken Jar”, “Baby Chicks in a Clog”. 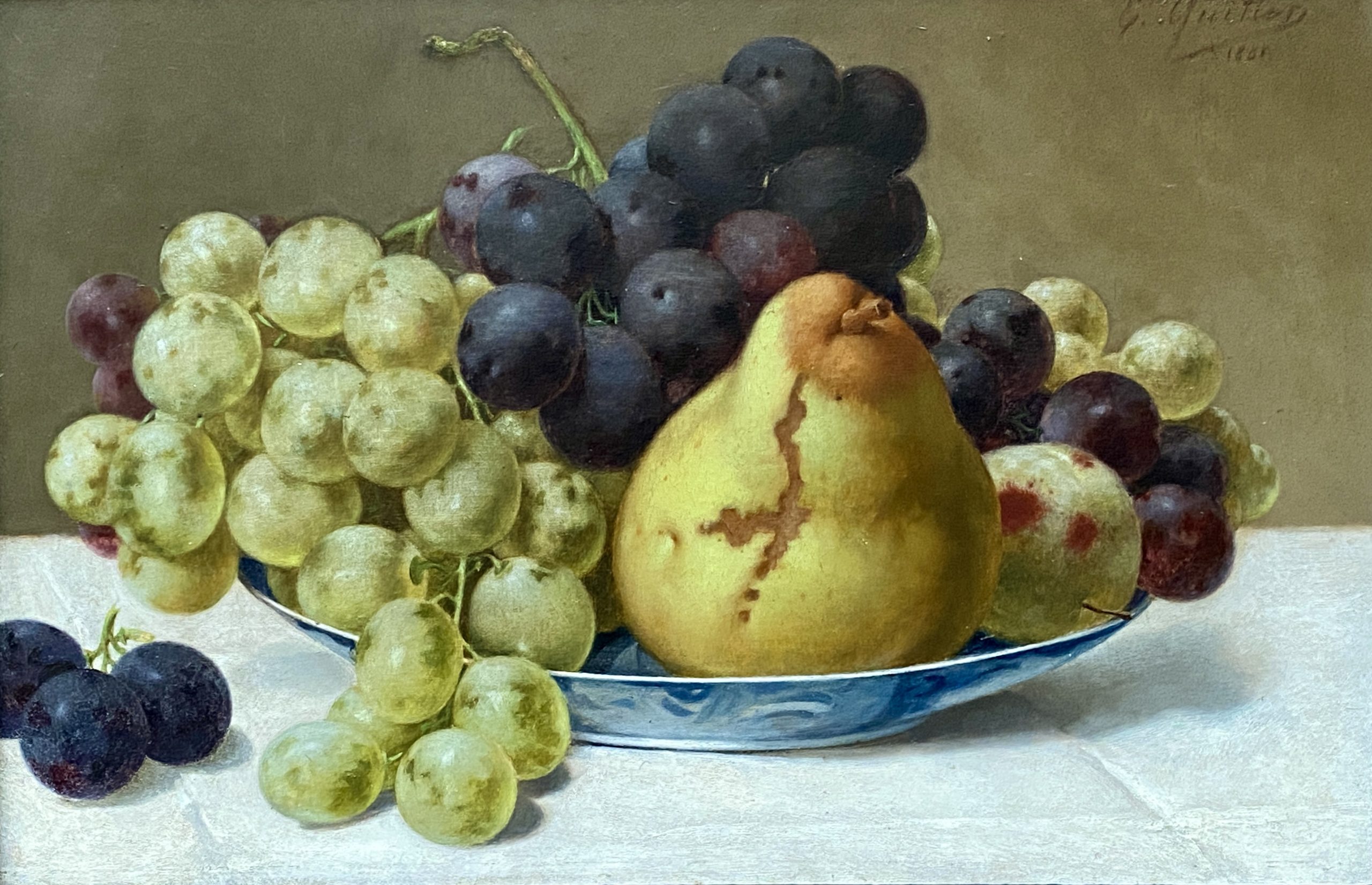