A Summer Landscape with Cows and a Forest in the Background

A Summer Landscape with Cows and a Forest in the Background

He probably received his training at the Amsterdam Rijksacademie. Before leaving for Düsseldorf in 1852, he lived in Arnhem for several years, although it is not known for how long.

In 1849-50 he travelled through North America and in 1856-57 he stayed temporarily in Kleve. It is not inconceivable that here he came into contact with B.C. Koekkoek, who had his drawing academy here.

From 1890, Tjarda van Starckenborgh Stachouwer lived in Wiesbaden. His oeuvre mainly comprises landscapes, including German, Swiss and American ones. The painter exhibited his work in the period 1852-1892 at the Living Masters Exhibitions in Amsterdam and The Hague.

He died on August 4 in 1895 in Wiesbaden in Germany. Today, his landscapes can be found in private and public collections worldwide. 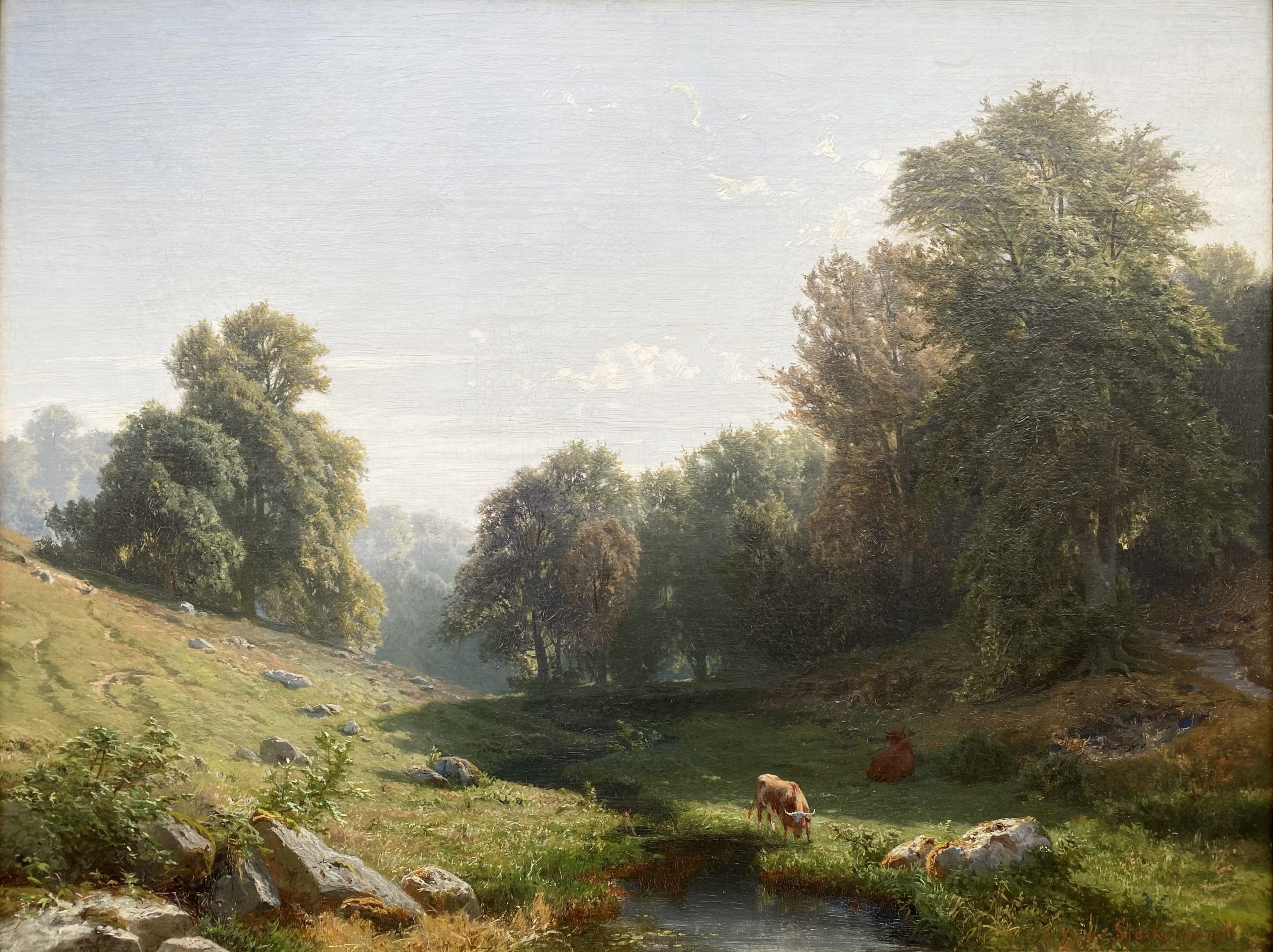