Still Life with Oranges and Flowers

Still Life with Oranges and Flowers

He was a realistic painter of landscapes and still lifes. Van Ryswyck had a very strong technical skill in painting still lifes with flowers, fruit, game, and fish. In his still lifes he reminds us of the renowned 17th century Antwerp painter Sneyders Frans (1579 – 1657) and Fit Jan (1611 – 1661).

Due to health problems, he left school at the age of fourteen. He studied at the Antwerp Academy of Fine Arts and was a student of the master teacher and artist Rosier Jean Guillaume (1858 – 1931). During the first three years of his career Ryswyck mainly painted botanical subjects and he made also sketches in the Antwerp Zoo of the various animal species. At the age of nineteen he received a scholarship from the Arts Association as an encouragement and got personal congratulations of the Belgian King. Van Ryswyck became a pupil at the Julian Academy in Paris, where history painters such as Laurens Jean Paul (1838 – 1921) and Constant Benjamin (1845 – 1902) taught him. He worked as a decorative painter, copied after well-known paintings from the Louvre to pay his expenses. After three years stay in Paris, he returned to Antwerp.

During WW1 Van Ryswyck stayed in the Netherlands, where he mainly painted portraits. Once the war was over, he returned to Belgium.

Van Rijwyck got many orders and therefore had a comfortable life. He exhibited in the Triennial Exhibition in 1904 and at the opening of the “Salle des fêtes” of SREBA in Antwerp in 1908.

He died in his hometown on May 11 in 1931. Today, his paintings are praised, especially his still lifes. 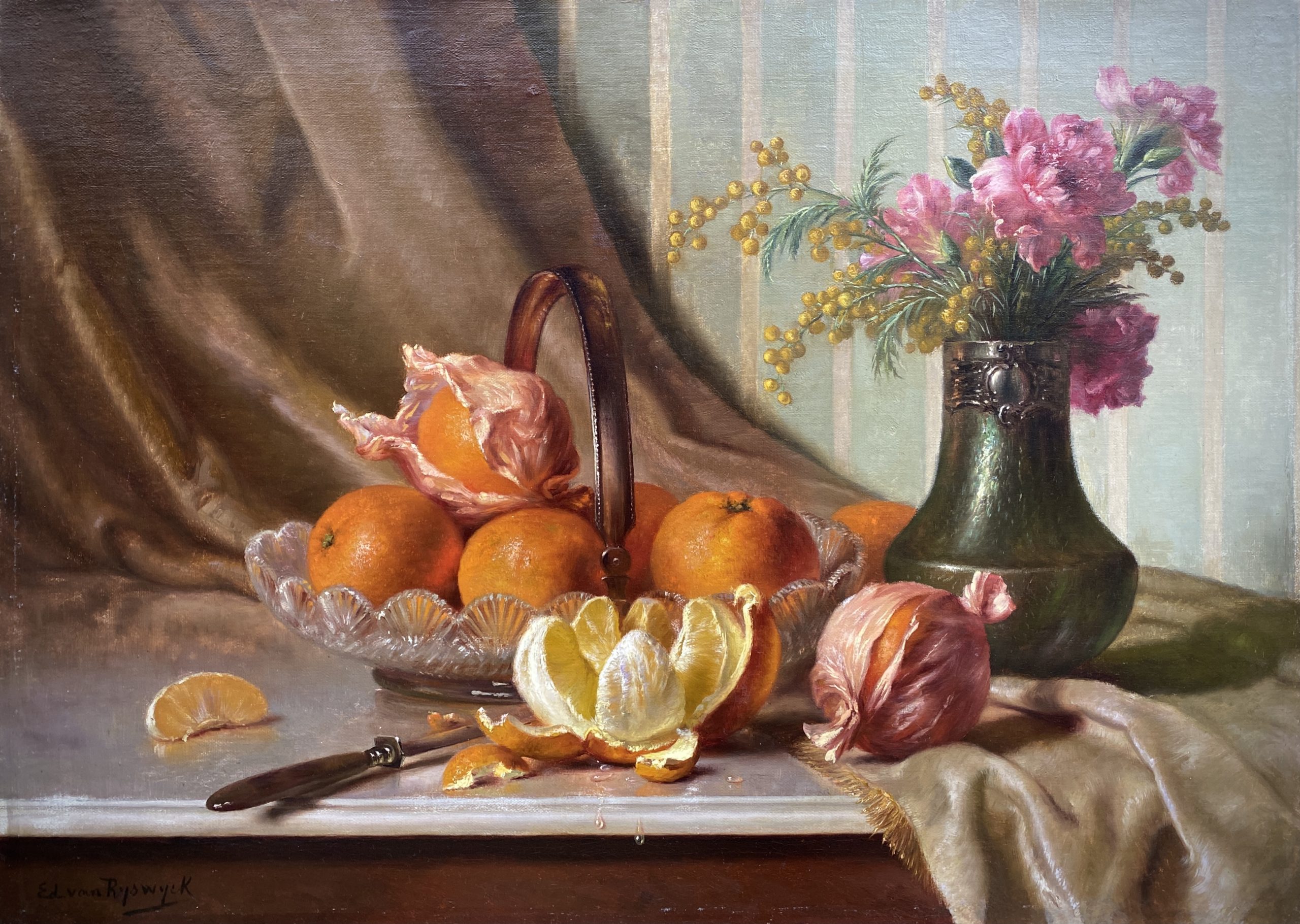