Riket Leon was born on May 13, 1876 in Antwerp, Belgium. He was a figurative painter of landscapes, marines, family scenes, floral and still life paintings.

He was a student at Antwerp Academy of Fine Arts where he was mentored by the highly respected master teacher and artist, Franz Courtens. He also attended the Antwerp Superior Institute.

Initial Riket follows in footsteps of his teacher and evolves thereafter and start to paints looser. His large moody landscapes with beautiful incidence of light, in a heavy paint structure, but floating brushstrokes are particularly atmospheric. He was awarded a silver medal by Royal Academy in Paris in 1913. He also participated in the “Salons Triennaux d’Anvers” in 1920 and 1926.

Riket is listed in the “Deux Siecles de Signatures de’Artistes de Belgique” translated as “Two Centuries of Noted Belgian Artists” wich list only the best Belgian artist of that time.

Painter was a member of the group called “Ken U Zelve” which was made up famed Flemish artists. 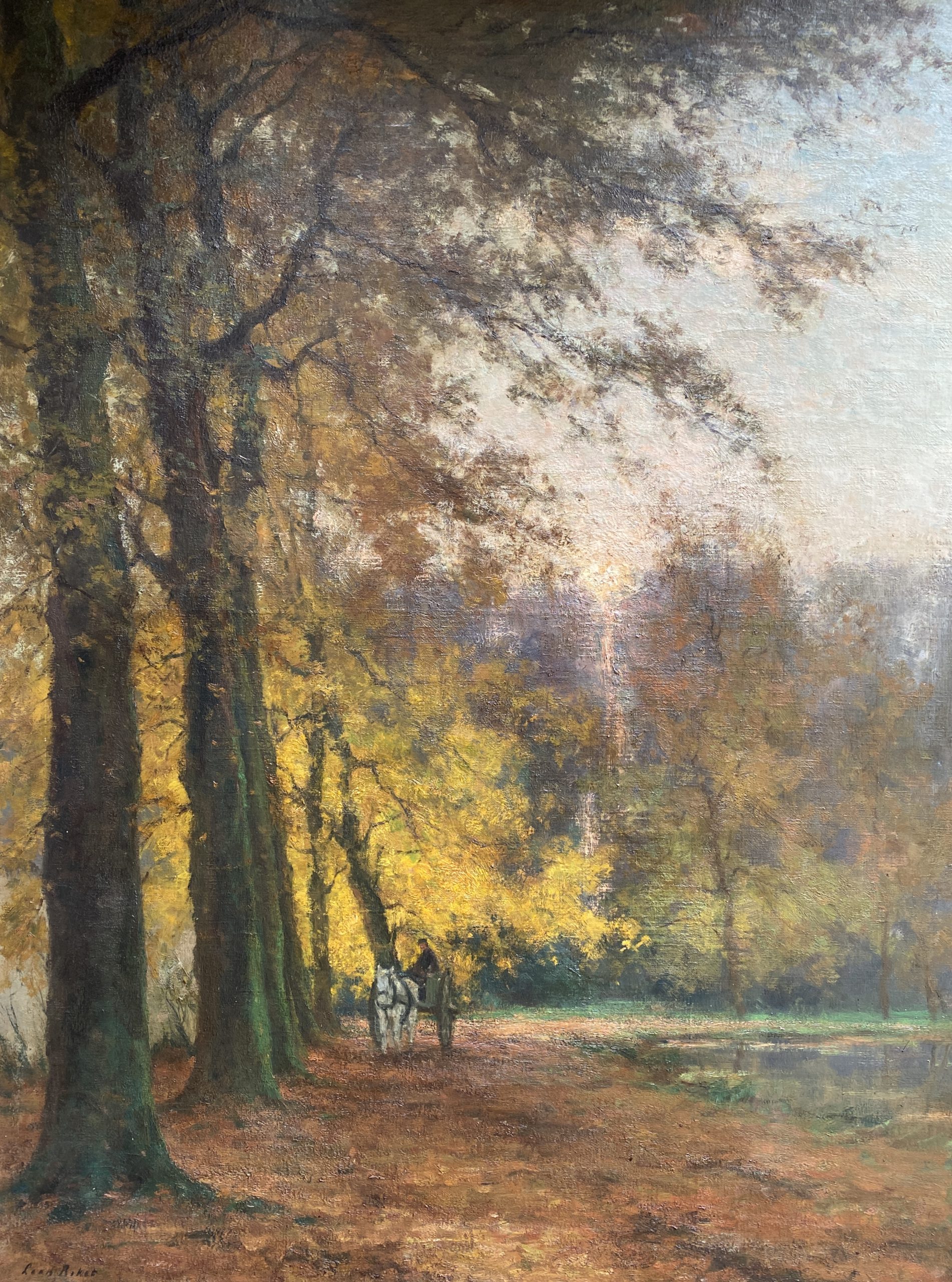