Roosenboom Albert (Rausenbaum) was born in Brussels, Belgium in 1845. He was a painter of genre-scenes with playing children, portraits, female figures in interiors and renowned for his magnificently detailed miniatures.
He was a pupil of master teacher and realist painter and sculptor Constantin Meunier.
He exhibited in Brussels from 1869 and in Ghent in 1871. He also exhibited at the Royal Academy of London in 1874.
His hugely successful career came to sudden halt when he died young at the age of thirty in 1875 in Brussels.
His paintings can be found in private and public collections, including in the Courtrai Museum and Mechelen. In Courtrai one can find his pair of paintings “The Spinning Top” and “Groups of Children”. 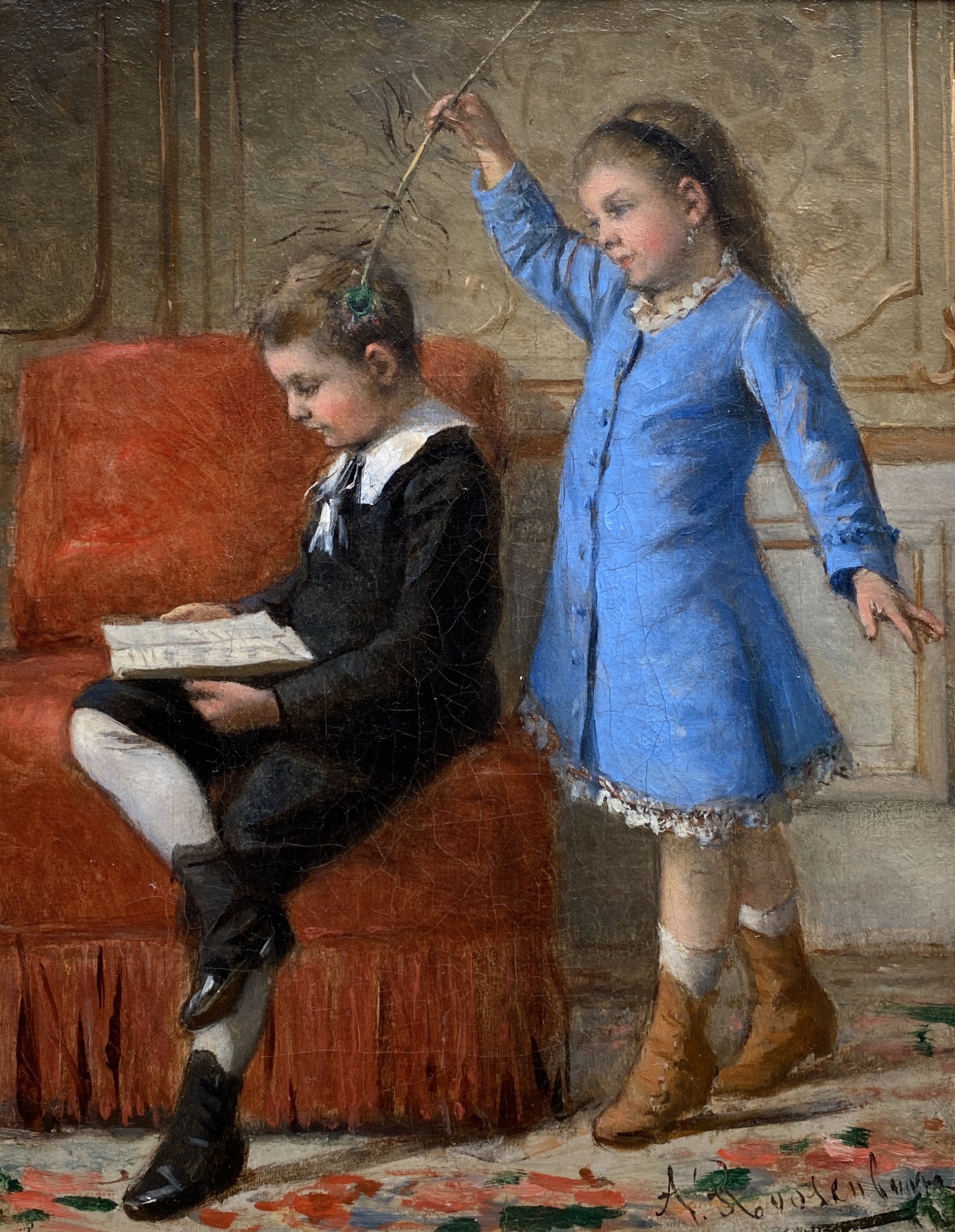